Hotel Union: We ‘Won’T Talk Much Longer’ With Atlantis 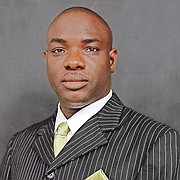 The hotel union will “not talk for much longer” in seeking a resolution to its dispute with Atlantis, its president yesterday pledging: “We won’t allow them to dictate to us.”

Darrin Woods, pictured, the Bahamas Hotel, Catering and Allied Workers Union (BHCAWU) chief, told Tribune Business that an “emergency meeting with shop stewards” will be called after the two sides made little progress in narrowing their differences during yesterday’s meeting at the Department of Labour.

He revealed that John Pinder, director of labour, had asked Atlantis to reverse implementation of its new “12 point” disciplinary system - one of the two issues that sparked the dispute. Resort executives, though, said they needed more time to assess the request and “asked for an extension until Friday”.

Mr Woods, arguing that Atlantis stuck to the position it adopted at last Thursday’s meeting, said the resort wanted to effectively “have its cake and eat it” by seeking to introduce the new disciplinary system without first negotiating with the union to have it incorporated into their industrial agreement.

The union’s 5,000 members are already on a “work-to-rule” at Atlantis and other major New Providence hotels, and Mr Woods warned that “a go slow” will be the next step should leadership and members decide further action is necessary.

He promised that the union will “exercise its rights under the Industrial Relations Act” while talks are ongoing, and said it was “not going to rule out” further industrial action - including a strike/withdrawal of labour - if efforts to resolve the dispute with Atlantis prove unsuccessful.

While those comments may send a chill throughout the resort/tourism industry ahead of the upcoming key Christmas season, Mr Woods reiterated that the union will “act in the best interests” of the industry as a whole.

However, amid reports of continued “double digit” growth in The Bahamas’ stopover visitor numbers, the BHCAWU president said that needed to also “translate into more benefits” for hotel workers who had not seen a collective pay rise since 2012.

“We’re going to have an emergency meeting with the shop stewards and plan our next course of action,” Mr Woods told Tribune Business last night, following yesterday’s meeting. “We said that we’ve done a number of things, but you’ve [Atlantis] done nothing to show good faith; nothing.

“I’m still optimistic we will come to a resolution. The thing with negotiations is that negotiations take time. Management came with the same position, but if the shoe was on the other foot and the union had people out, they would have said they will not go back and talk to us.”

Mr Woods said the union had on Saturday complied with the Director of Labour’s request to speak to its members over the new housekeeping shift system that Atlantis had wanted to introduce from yesterday, and which represents the other issue dividing the two sides.

The union president said he had gone personally “to make sure the message was clear and not distorted”, so that those workers interested in accepting the system could be accompanied by shop stewards in discussions with Atlantis management.

“The director [Mr Pinder] asked them to reverse the implementation of the 12-point disciplinary programme,” Mr Woods added of yesterday’s meeting. “They came back and said they needed more time. They want to use the industrial agreement and the 12-point, but the only way that can happen is to come to the negotiating table. You have to negotiate it in.”

He said Atlantis had yet to “provide us with statistical data to back up what they’re saying” about the need for the new housekeeping shift system and “12-point” disciplinary structure, arguing that it would be impossible for anyone to simply agree to these terms without being presented with supporting evidence.

“We’re not going to allow them to dictate to the union,” Mr Woods told Tribune Business. “We’re pretty much at the same place we were Thursday. We’ll meet with the shop stewards and chart the way forward for what we’re going to do.

“We’re on a work-to-rule, and the next step is a ‘go slow’. We want to be guided. We did say to the management and the director that while we’re having these discussions the union is going to exercise its rights under the law.

“What the Industrial Relations Act provides for, we’ll make sure we exercise our rights under the law. We can’t keep talking and talking, and going over the same thing over and over again. Based on their [Atlantis executives] demeanour, deportment and discussion, they seem to want to keep talking, talking, talking.”

Mr Woods said the union feared the resort has “no incentive to remove” the new disciplinary system since it is already in place, and has what it wants, and is merely using negotiations to drag the situation out.

Asked whether the BHCAWU would ultimately resort to industrial action, he replied: “We’re not going to rule it out unless we’re able to get a resolution. We probably have to communicate in a way they [Atlantis] understand.

“I’m not sure how much longer we’ll be able to talk. We’ll talk, but not for much longer. It has to show some fruit.”

Mr Woods’ comments will likely unnerve some resort executives, and generate concerns that the key Christmas and New Year season - along with the visitor experience for thousands of guests - could be disrupted by industrial action.

The current “work to rule”, which means hotel union members will stick rigidly to their job descriptions and “not go beyond the call of duty”, extends beyond Atlantis to all Bahamas Hotel and Restaurant Employers Association (BHREA) member properties. These include the Four Seasons Ocean Club; the British Colonial Hilton; Melia Nassau Beach; and Lyford Cay Club, although Baha Mar’s new resorts are not impacted because it is non-unionised.

The dispute has already prompted pleas, led by Dionisio D’Aguilar, minister of tourism, for the hotel union and its members not to engage in industrial action that could disrupt the sector’s projected “double digit” growth through the Christmas period and into the New Year.

He previously urged union leaders to “remain level headed” as The Bahamas “doesn’t need to jeopardise a very good thing right now” with the country’s largest industry set for “a very healthy Christmas” based on forward booking and air arrivals (stopover visitor) data.

The Minister also called on hotel workers not to “impair” the quality of visitor experiences by delivering “sub-standard service” through a “work-to-rule” or any form of industrial unrest, hinting that doing so would effectively undermine their own best interests.

Mr Woods, though, yesterday reiterated that the union will act “in the best interests of members and the industry as a whole” while calling for workers to receive more rewards from The Bahamas’ improved tourism performance.

Fire them all and close down the Hotel---See what that will get the union!

How would anyone realize a “go slow” work action was under way by Bahamas hotel union employees?

I didn't know the employees had the right to determine when they come to work and get off. This is ridiculous.

Show Atlantis who's boss. Better yet get Doc to buy the hotel. You knows he's got experience buying hotels.

i don't blame the Union.. people don't have any place else to go on vacation and for sure no place cheaper. I mean who wants to go to Mexico, Dominican Republic, Hawaii and Thailand on vacation anyway... they need us man, so lets show them white people who own Atlantis that if they dont like it, they can go.. we got lots of bahamian investors with billions of dollars waiting to take over.. In fact, some of them are the same ones dying to buy the Grand Lucayan...

Surely this is a wind up ?

No unions. Individual contracts with the proviso that should they join a union their contract is immediately terminated and they will not be rehired.

Unions are only attractive to lazy workers who have no drive to perform well or improve their skills.

Not true, most teachers are hard working but the BUT exec's are so busy mismanaging finances and fighting amongst themselves that little of note ever gets done.