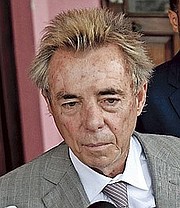 The Grand Lucayan’s chairman yesterday said he is “aiming” to finalise voluntary separation packages for 227 staff by week’s end, after “substantially” narrowing differences with the unions.

Michael Scott, who heads the Government-owned special purpose vehicle (SPV) that controls the resort, confirmed to Tribune Business that the resort’s remaining workforce will be reduced by more than 50 percent by allowing those who wish to exit to do so.

Describing himself as “reasonably satisfied” with the latest financial and other terms proposed, the attorney said the Grand Lucayan and two trade unions representing its staff were “very close, very close” to finalising the deal.

“I’m certainly aiming for that result,” Mr Scott told this newspaper, when asked if he was seeking to finalise the voluntary separations by week’s end. “I’m having a bit of an issue with the line staff, but it will be resolved. It’s very close. There will be more by the end of this week.”

Some 90 managerial and 137 line staff have indicated their willingness to accept the packages offered and move on, which will reduce the workforce at the Grand Lucayan’s sole remaining property, the 196-room Lighthouse Pointe, by more than half to “just under 200”.

Mr Scott added that reaching agreement on the separation packages would be a “massive” development, and agreed it was “a fair statement” to suggest that the resort and its two unions had made major progress in bridging the initial gulf between them.

The unions, on behalf of their members, had initially demanded $4.6m more in compensation than the Government/resort was willing to offer. The Bahamas Hotel Managerial Association (BHMA), which represents the Grand Lucayan’s middle management staff, was seeking a collective $5.4m payout for its members - double the $2.7m offered by the resort’s board.

And the Commonwealth Union of Hotel Services and Allied Workers (CUHSAW), which acts for the line staff, had been asking for “over $3m” - a sum near-triple the Grand Lucayan’s $1.1m proposal. The two unions had thus initially asked for a total $8.4m payout, which represents a sum more than double, or 121 percent higher than the resort’s total $3.8m offer.

Mr Scott, meanwhile, said settling the voluntary separation packages would allow the Government to fulfill its promise of permitting all staff wanting to leave to do so while simultaneously reducing the Grand Lucayan’s operating costs.

Besides the wage bill savings, he added that completing this process will also allow the Board and management to focus on operational efficiency and minimising expenses as they prepare Freeport’s sole remaining “anchor property” for sale to a private buyer.

“It allows the Government to keep one of its undertakings and promises,” Mr Scott told Tribune Business, “and allows us to move on with the next phase of the resort; its operations for the next six months and moving into the pre-sale phase. It also allows us to operate relatively cost efficiently.”

Obie Ferguson, the Trades Union Congress (TUC) president, who is representing the BHMA in the separation package negotiations, told this newspaper that the management association had sent Mr Scott “a final proposal” yesterday.

Expressing optimism that a resolution will be agreed “very shortly”, Mr Ferguson confirmed that the previous multi-million dollar difference between the two sides over the financial terms has been narrowed “substantially”.

“I just sent the chairman [Mr Scott] a proposal today, outlining the position of the members of the bargaining unit in the hotel,” he said. “I’m writing to him that we are proposing to settle the matter on that basis. He’s received it, and will get back to me tomorrow and let me know.

“We are progressing, and I’m somewhat optimistic we will have a resolution very shortly. It’s a final proposal from the members of the bargaining unit for settlement. We say it’s a final one because we think it’s a very reasonable mechanism we agreed with the members for the chairman and the Board to consider.

“I think that once they get a chance to review it properly they will not form a major objection to it.”

Mr Ferguson said he was unable to place a value on the BHMA’s latest proposal, as it was broken down into what the union felt departing members should be awarded individually.

“It seems as if we’re getting to a place where both of will be very comfortable,” he added of both sides. “We’re hoping we’ll have this resolved long before Christmas. The meeting we [the union] had in Grand Bahama at the weekend was standing room only. Everyone wanted to be part of the process.”

Boy, we like giving out packages, all year long! It doesn't even have to be Christmas! Good thing they got our VAT!

Our PM allowed the previous Red Chinese owners of that hotel to give Bahamian taxpayers a big time royal shafting where it hurts most. One can only begin to guess what he got in return for doing so. LMAO

and then when the hotel reopens (or partially) the same people will be rehired.

And the ordinary struggling Bahamian is picking up these tabs!!!!!! While a few hundred people live high off the HOG.