Bahamas Bowl To Create ‘Home Away From Home’ 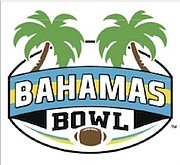 The Makers Wanted Bahamas Bowl matchup between the Florida International University Panthers and the Toledo Rockets will feature several compelling storylines with two of the most exciting offences in their respective conferences and the expectations of fanbase less than an hour away from New Providence.

FIU head coach Butch Davis expects the Panthers fans from Miami Florida and alumni in the Bahamas to create a “home away from home” atmosphere when the Panthers take on the Rockets in the Thomas A Robinson National Stadium on Friday, December 21.

“There’s a lot of FIU students that come from the Bahamas and so I think that creates a home away from home atmosphere. We actually have players on our team that have family members that still live in the Bahamas and so they’re excited about coming to the game. It’s close so our players were unbelievably excited when they heard this was the bowl we would get the opportunity to come to.”

FIU (8-4 overall, 6-2 in Conference USA play) will be led to its fourth all-time bowl appearance by Davis who is in his second season (16-9 record) at FIU and his 12th season as a college head coach (95-52 overall record at FIU, North Carolina and Miami).

The 2018 Makers Wanted Bahamas Bowl will be the second consecutive bowl game for the Panthers as FIU played in the 2017 Bad Boy Mowers Gasparilla Bowl under Davis’ direction.

Davis credits the emergence of quarterback James Morgan who was named the 2018 C-USA Newcomer of the Year.

“When you lose your quarterback who’s your leader, getting a guy like James Morgan in really helped because he’d been a starting quarterback previously and played a lot of Power 5 schools so he was not intimidated. It took a while to get him acclimated but once he got on a roll he was a great fit. It’s unusual for a guy to just come into your programme and be nominated to be the captain at 93 per cent but we’re very fortunate to have him,” Davis said. “We had to replace 15 starters and the things we accomplished I’m very proud of our kids.”

Additionally, Morgan is just the third player in programme history to earn an end-of-year conference award, joining T.Y. Hilton (2010 and 2008) and Keyonvis Bouie (2006).

Morgan, who transferred to FIU after graduating from Bowling Green last spring, has lit up the C-USA with his passing prowess. The redshirt junior shattered FIU’s single-season passing touchdown mark, after tossing 26 scores for the year. Morgan also threw for 2,764 yards in 2018, which ranks second-most for a single-season at FIU. The quarterback ranks first in the C-USA for passer efficiency rating (157.6) and passing yards per attempt (8.4).

Toledo (7-5, 5-3 in Mid-American Conference play) will be led to its 18th all-time bowl appearance by head coach Jason Candle, who is in his third full season (28-12) as a college head coach (all at Toledo).

Johnson was one of eight Rockets to earn all-conference honours and, for the second straight season, he did so at three different positions - wide receiver (first-team), punt returner (first-team), and kickoff returner (second-team). “We’re blessed to have a lot of playmakers on our team and we’re challenged every week in making sure we do a good job of getting them the football and opportunities. We’ve been able to be very efficient offensively and we’ve been most proud that our guys have done well in situational aspects of the game,” Candle said.

“The bowl trip is a reward for a great season and it was a great season. It gives us one more chance to be together, send the senior class off with a win in the last time they get to wear this uniform so anytime you get a chance to do that, especially in a destination like this its amazing.”

Tickets to the 2018 Makers Wanted Bahamas Bowl can be purchased through at the Thomas A. Robinson Stadium Box Office, online at NSA-Bahamas.com and by phone at 325-0376.

The 15 combined victories (eight for FIU and seven for Toledo) between this year’s teams is one shy of tying the most in Makers Wanted Bahamas Bowl history (2016, 2017).

This will be the fourth all-time meeting between FIU and Toledo, and the first between the schools since the 2010 Little Caesars Pizza Bowlin Detroit, where FIU won 34-32. FIU leads the series over Toledo, 2-1. The Makers Wanted Bahamas Bowl series between Conference USA and the MAC is tied, 2-2.

ELK Grove Village, using its business slogan - Makers Wanted - is the title sponsor of the bowl game. The Makers Wanted tagline serves as a call-to-action for Elk Grove Village’s thriving community and the thousands of businesses that are based there.

“Elk Grove Village is home to the largest industrial park in the United States, spurred by our village’s commitment to being beyond business-friendly,” said Elk Grove Village Mayor Craig Johnson.”Our relationship with the Makers Wanted Bahamas Bowl and ESPN Events is a perfect opportunity to use college football to share our message with the entire country.

“We were impressed by how the bowl game has been developed in the Bahamas over the past four years, and we share in the excitement that this event brings to their community.”

This is the first time a non-tourist municipality has ever sponsored a bowl game, and the sponsorship highlights the innovative thinking found in Elk Grove Village.