Culture Clash: How We Dress Isn't The Problem, Bullying Attitudes To Belittle Women Is 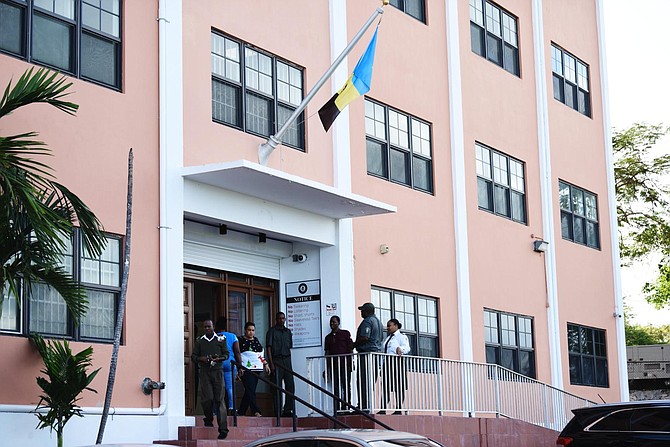 It is not uncommon to experience and hear about difficulty accessing government services. Phones ring and we are put on hold for long periods of time, the one person who has the information we need is not there, the application form we printed from the website is outdated, they are only able to accept cash at the moment. We all know we need to take a day off from work to do anything involving a government agency, from licencing a vehicle to getting a vaccination. Now, it seems, we have to deal with dress codes that are not only discriminatory, but are enforced differently depending on who is at the door or front desk.

This is not an entirely new issue. Earlier this year, the Ministry of Education posted a dress code for visitors to schools, including parents who need to pick up their children or see teachers, to follow. It had a long list of clothing items, from tanks tops to “tightly fitted clothing”, considered unacceptable. This came only months after voter suppression at the Parliamentary Registration Department which refused to register women to vote in the general election due to exposed arms or cleavage. Recent reports have come from women who were turned away from the Department of Immigration because they were wearing shorts, sleeveless dresses, or sleeveless shirts.

Minister of Immigration Brent Symonette was quite arrogant in his response to the concerns raised about the dress code at  his department. He suggested any form of dress he does not consider “respectable” is “sloppy”. He was nonchalant about the concern that the dress code is slut-shaming (which means women are criticised for going against societal expectations, particularly when behaviours are linked to sexuality and sexual expression). He referenced the power of the Department of Immigration which seemed to suggest that if a person needs a permit only the department can issue, they have no choice but to fall in line, whether they like it or not.

This is typical of people in positions in power. They are not interested in hearing about how we, especially members of marginalised communities, are impacted by their policies. They are quick to remind us they believe they hold the power in the relationship and are not hesitant to wield it. His response indicates his complete disinterest in having a conversation or considering the validity of the issue raised, much less making necessary adjustments.

Are you in favour of the dress code at the Department of Immigration?

These dress codes, a form of gender-based discrimination, come up every few months. Women are disproportionately affected by policies that increasingly call for specific body parts, frequently exposed on men, to be covered. They do not ask men to cover their arms and legs, or to spare us the sight of their underwear. The focus is on women and limiting our liberty.

Living in a subtropical climate, dress codes that require coverage of arms and legs are not only ludicrous, but oppressive and one of many persisting effects of colonialism. We have been convinced that professionalism is conservatism. They taught us that three-piece suits, covered knees, pantyhose and straight hair are ways to communicate qualifications. Modesty came to be associated with status and this is how we arrived at this place. Clothing worn by those outside of the office has become synonymous with a particular status. People — particularly women — of that status are seen as less deserving of the public goods and services that should be accessible to all.

Independence did not free us of these interpretations of dress and we have, in many ways, been left behind. Having visited the United Kingdom numerous times and attended events of varying formality, I know that such stringent demands are no longer made the way they still are in The Bahamas. In fact, British summer is a relief and people look forward to wearing sleeveless dresses and shorts, even if there is still a bit of a chill in the air.

We like to talk about decency. There is nothing indecent about dressing for the weather. What is indecent is the constant sexualisation of women’s bodies and bids to make us invisible. We are supposed to be silent and go unnoticed. If any attention comes to us, it is assumed we did something to attract it. Our appearance and demeanour is supposed to ensure no one around us is distracted or tempted and that they do not take any action that would cause us harm. It has been made our responsibility to protect ourselves from men and to protect men from themselves and, more specifically, the consequences of their actions.

This is evidence of the insidious nature of misogyny and rape culture. Not only are women blamed for men’s violence against us, but we are saddled with rules and restrictions that are meant to protect men from acting on desires for power. It means if women are to be in the workplace, we need to be made unrecognisable as women. No one should be able to tell we have breasts. It means if women occupy public space, we need to secure ourselves by covering our bodies as much as possible, regardless of the discomfort it causes. It means our resistance, however passive or unintentional, must be met with public embarrassment when we are refused access to services and more regulation comes to warn and control others.

Women and exposed shoulders, legs or cleavage are not the problem. We need to turn our attention to the archaic policies which are both poorly communicated — as evidenced by the ridiculous sign (which does not mention sleeveless dresses) at the Department of Immigration — and in desperate need of aggressive updates. We need to address the consistently misplaced responsibility that requires women to make ourselves invisible.

Government services should be accessible to everyone, regardless of gender or socioeconomic status. We should be concerned about the experiences of people going to the Ministry of Social Services. Is there a dress code for people who need social assistance? Which government offices have these policies, and which do not? Where is the line drawn?

For many, this may seem like a minor issue, but be reminded of December 2016. Voter registration was at an all-time low with less than six months to a general election and women were turned away. The Parliamentary Commissioner doubled down on his position and had to be directed, more than once, to stop voter suppression. People in positions of power believe they can bully us into submission by denying us services to which we are already entitled. We need not wait until it is too late to stand, or wear a skirt suit to do it.

This is typical of people in positions in power. They are not interested in hearing about how we, especially members of marginalised communities, are impacted by their policies. They are quick to remind us they believe they hold the power in the relationship and are not hesitant to wield it. His response indicates his complete disinterest in having a conversation or considering the validity of the issue raised, much less making necessary adjustments.

Is the author suggesting that poor, marginalized, powerless people in The Bahamas should be given a free rein to do as they please?????? ...... I think some have already gotten that memo.

This is a dangerous position to take in our fickle society.

There is a problem with how SOME people dress. If a woman comes in a tight mini skirt and a low cut blouse and says she wants to meet the minister that clearly isn't appropriate. A sleeveless top in a hot climate on the other hand is taking it a little far. When they know they tiefin they worried about bare arms.

Poor pitiful you Alicia Wallace! Give us a break. Such jibberish.

The problem with self proclaimed feminists is that their philosophy negatively distorts their view of the whole world. They see problems where there are none. For instance, an issue about appropriate dress in public places is being misdirected to talk about the nonsense spewed above. The sign in front of Immigration states to the general public (men and women):

Instead of understanding the context of the discussion and encouraging women to put their best foot forward showing respect for themselves in public spaces, she goes on a misogynistic tirade. Some people do not have a shred of decency and believe the world should conform to their ghetto perspectives. Sorry!

@joeblow, I agree with you and I am female. What is wrong with asking women and men to step into a place with no short shorts or hats or sleeveless tees etc? I am not sure how we got from that to a narrative on feminism.I would not want to stand in line behind someone who has half of him/herself exposed. It seems pretty simple to me, good ole decency. That's all it is!

Misogyny is a problem in the Bahamas but this isn't the most appropriate example. The trend in the USA media is to take everything to the extreme for shock value. Lets not allow the same thing to happen to us. "Rape culture" is also mentioned; what is its relevance? Is the journalist implying the we have a 'rape culture' because I'm not aware of this. We have isolated instances of rape but I wouldn't go so far to proclaim it culture. Misogyny and inequality are certainly issues we need to address.

Would think the author of the above tirade would be ashamed of the totally sloppy way many females in the Bahamas now dress. If she considers it stylish to walk about with half their sloppy fat and dirty bra straps hanging out all over the place, I am rather amazed. There is a difference between casual dress and 'slobby' dress. I would think she would be encouraging her sisters to take a bit of pride in their appearance. The same thought applies to men with their sloppy trousers hanging down around their knees. Underwear was created to be just that, UNDER wear! Fortunately many of our women and men to know how to dress like ladies and gentlemen and can be role models for those in need of a bit of grooming.

Interestingly enough, I would bet Ms Wallace is properly dressed when she leaves home!