Rise In Rapes: We Must Get Serious 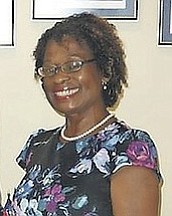 THE 12 percent increase in rapes this year is not only “alarming” but is evidence The Bahamas has not given enough attention to “very serious” gender inequality issues, attorney Marion Bethel said yesterday.

On Wednesday, the Royal Bahamas Police Force released statistics that revealed the increase. This year as of December 18, there were 55 reported rape incidents, up six from the 49 cases in 2017.

While this is not surprising, Ms Bethel, who currently serves on the United Nations Committee on the Elimination of Violence Against Women (CEDAW), said it is troubling the government has not taken the issue seriously.

“It’s not just a question of the police force doing its work, it’s an overall government social problem that needs to be addressed in a multi-sectorial level and the government is obligated under the CEDAW convention to prevent rape,” Ms Bethel told The Tribune yesterday.

“The government was supposed to set up a gender-based violence authority at least two years ago. I don’t think that has happened as yet to provide an overall strategy as to how to address the issue of rape, which is really a serious problem for women and girls and so we really need to take this seriously. The government needs to take its state obligation seriously; we as a society really need to address this problem because it affects women’s productivity in the work place, it affects our homes, it affects women in the streets and it affects us at the employment level.

“It is a very serious problem that keeps getting skirted over when we talk about overall crime down.”

She continued: “So I am really saddened by this because it really speaks to the questions about what the government is doing under its obligation and what we as a society are doing to prevent and stop rape. There should be a zero tolerance to rape and this speaks to gender inequality.

“This needs to be really addressed and the root causes of gender based violence against women needs to be addressed in this country. We need to do it now.”

The latest reported incident happened Saturday when an elderly woman was sexually assaulted during an armed robbery attack.

The incident took place shortly after 2pm in a home in the eastern district of New Providence.

Police said the woman was held at bay, robbed of cash and sexually assaulted before the assailant fled the house.

Police believe the incident was random and not connected to any other recent instance of sexual assault.

Though rare, sexual crimes against the elderly are not unprecedented. In 2014, a Royal Bahamas Defence Force officer was charged with attempting to rape a 78-year-old woman. That same year, a man was found guilty and sentenced to 11 years in prison for raping a 69-year-old woman.

The National Task Force for Gender Based Violence determined in 2016 that the Bahamas ranks number one for recorded rapes in the Caribbean region. From 2008 to 2012, annual police reports documented 9,045 instances where women were assaulted.

In January of this year, police said reported cases of unlawful sexual intercourse increased between 2016 and 2017 from 87 to 107.

Simple reason dictates that rapes are not caused by so called "gender inequality" but by people who do not respect the boundaries of others. People who lack self control and give in to their base animalistic instincts causing harm to others. 40-50 years ago rapes were rare events in the Bahamas and we did not have these sage "gender equality" experts informing us of how backwards were were then!

What we are not hearing about is the rape of young men by homosexuals, is that rooted in gender inequality too?

Go get a life Ms Bethel!

In a country where marital rape is endorsed and embraced by government, church and population; in the case of these rapes discussed the assailants only crime is not to marry the victim before raping her.

DA RELIGIEOUS COMMUNITY ...WILL FIGHT TOOTH AN ..NAIL....VIGOROISLY.....WID ALL DERE MIGHT ...TO STOP THE PROPOSED LAW OF HUSBANDS ...RAPING DERE WIVES.........SAME SET OF PEOPLE LOOKING DOWN ON THE FACES OF THEIR CONGREGATION MADE UP OF A MAJORITY OF FEMALES.....MIMD YOU THEY ALWAYS SEEMS TO LET THE POLITICIANS .....SITS .....IN DA FRONT ROW OF CHURCH......AND WILL LOUDLY HAIL ON THE CHURCH SPEAKER MICRAPHONE ...SAME MICRAPHONE THEY WILL USE TO PREACH SERMON....BOUT THE.... POREST...WEAKEST.....CAESAR COIN........TO HAIL..AN...ESTABLISH...PROTOCOL....TO GUBBERMINT...OFFICIALS IN THE LORDS CHURCH....CHURCH.....

Comrade St. Joseph believed to have been the corporeal father of Jesus, some posters to this hereto blog page does possess some serious sick puppies issues about woman's. They must be mentally taking in too much whilst visiting atop hill at immigration.

Rape is a "gender equality issue"? This is what ya get when ya put a person in an important position because of who they are and not what they know. Her notion of the "penis is the stronger and better served" is so dumb!!

Yet, some of these same CEDAW fanatics have a problem with Brent and his decent dress & manners policy ............ smt

Since when did we require CEDAW to tell us right from wrong. Age of Jezebel anyone? Hillary Clinton finatics anyone? All men are trash anyone? I think I'll pass and continue to wear pants. Or maybe allow them their 15 minutes. Hmm. Decisions...

Her husband, Alfred Sears, is a de facto business partner of King Sebas Bastian of Lucky Charms who loves to have his web shops filled with destitute scantily clad women that his gambling addicted patrons can abuse as and when they see fit. Ms. Bethel, i.e. Mrs. Sears, should be lecturing to her husband about the abused women at Island Lucks web shops before considering herself qualified to lecture to the public at large on such matters! LMAO