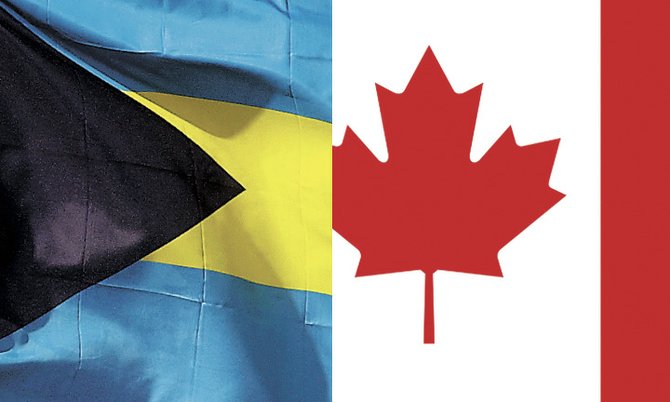 TWO LGBTQI activists yesterday agreed with Canadian government’s crime advisory warning Canadians to consider the risks of travelling to The Bahamas because homosexuality is not widely accepted.

Alexus D’Marco, a lesbian, gay, bisexual, transgender, queer and intersex advocate, told The Tribune that for many in the community The Bahamas does not offer the needed resources and there is rampant discrimination when it comes to essential services.

Another spokesperson for the community, Erin Greene, added the advisory was “reasonable” and was not offensive. Ms Greene said The Bahamas need not pretend there was no violence toward the members of LGBTQI community for the sake of tourism.

Both said the advisory could be based on complaints from those in the community who seek asylum in Canada.

“We should acknowledge that LGBT people do exist in The Bahamas that they have been stigmatised and discriminated against. They’ve been used in voluntary attacks even through political statements.

“There is no trust when it comes to the police. That’s another reason why they don’t trust the police because when they go to the police station, they are in a same-sex relationship and the police says to them ‘well if you weren’t like this this wouldn’t have happened to you, sit over there,’ and they make them sit there for hours and no reports are filed nothing like that so there is no trust.”

She said there needed to be more sensitisation for authorities.

For her part, Ms Greene said she has experienced violence regularly, adding that over the last several years, slurs had become more prevalent especially in the political arena.

“As an advocate on the ground I think it’s fair warning, I think considering travel culture generally, I am not concerned that Canada would have issued this advisory,” she said.

“I will be making inquiries . . .if there is a particular or significant incident or event that caused them to begin (issuing a warning to LGBTQI people).

“But generally, I think it is a sound, a reasonable advisory to LGBTQ Canadians. I am not offended or concerned that Canada has decided to issue this advisory.

Canada also warned its citizens of crime in general in The Bahamas. However the advisory, which was listed on the Canadian government’s website travel.gc.ca, did note that crime here has decreased.

“There has been a decrease in violent crime since the beginning of 2018,” the advisory said. “Crime, however, including violent crime, still occurs, mainly on the islands of Grand Bahama and New Providence.

“Armed robberies, burglaries, purse snatchings, theft, fraud and sexual assaults are the most common crimes committed against travellers in Freeport and Nassau. Incidents of robbery also take place in cruise ship terminals and in and around popular resort areas, even in daylight hours. Crime increases during the holidays.”