Public Has Its Say On Marital Rape Issue 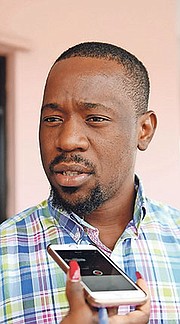 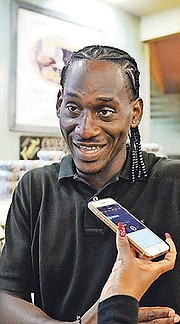 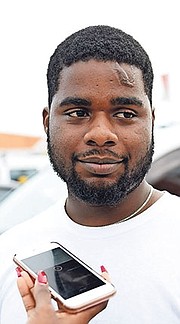 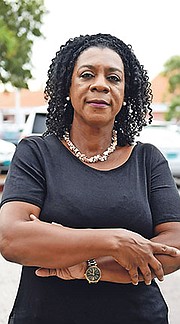 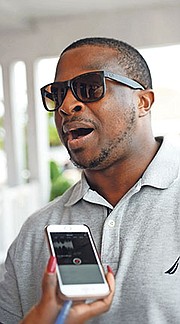 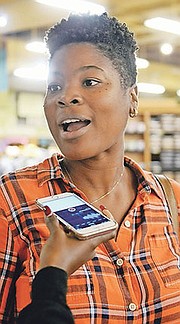 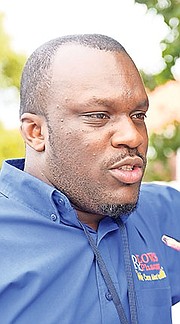 THE issue of marital rape and whether it should become a crime has become a hot topic of debate in recent weeks, more than eight years after the last Ingraham administration shelved legislation to do just that amid public backlash.

In light of the public discourse on the controversial issue, The Tribune took to the streets to canvass everyday Bahamians for their views on the matter.

The reactions were mixed. Many people told The Tribune spousal rape should be considered a crime, while some disagreed and others thought the word rape should not be used when dealing with sexual abuse in a marriage.

The issue of recognising marital rape as a crime was reignited in the country after Dubravka Šimonović, the UN's special rapporteur on violence against women, said in December that marital rape is the most pressing gender-based issue facing The Bahamas.

Here is how Bahamians responded when asked if they thought marital rape should be criminalised.

"Speaking as a person who is from the church, I think the church needs to have a sidebar where we deal with the behaviour of men. Our men don't know how to treat women in general. We have a behavioural problem with our men. So we need to change the culture of the way how our men handle women in the country. So I think that needs to be the church's approach to marital rape.

Jeremy Roker, 32: "I (also believe) it's a behaviour issue. We have young men getting married who don't have men etiquette. And so they have an attitude issue and stuff like that. So if we could find a way to get men in those kinds of programmes, we wouldn't have these issues."

Gail Strachan, 61, San Souci: "I believe it should be criminalised. I was married, and I'm divorced, and sometimes the husbands do tend to take advantage of the wives. And they think because they are our husbands and we went before God, that they can do anything. It is still rape, and if I say no, it is no. And that is my opinion. And so if you force yourself on me, whether you are my husband or not, it is considered rape, whether they want to accept that or not. And I feel like it should be criminalised, that would teach them a lesson.

"Because we need to teach more of our young men anyway, on the whole in The Bahamas, to respect young ladies. I'm a teacher, and I get to witness a lot of things. And a lot of Bahamian men think that it is their right to be able to touch these females however they want and it is wrong. And there has been a lot of abuse over the years, and it is time for it to stop and stop now."

Reo Braynen, 32, Carmichael Road: "It's interesting because that's a very grey area. In that we're married, so which time do we determine that it's not time for me to get it? I don't know if I could agree with (criminalising marital rape) right away…Rape is without consent. And rape is that you ain't married. (Marriage) probably does give automatic consent. But I think that at this point in time, in this day and age, there should be times (when you are) able to have a conversation about it. You shouldn't just take it, I think that's wrong. (Because) at the same time, you're supposed to value your wife… I honestly don't know. Because (the word) rape, just feels so different. It doesn't sound like it's between husband and wife… Maybe it could be (classified as) abuse… but it just doesn't feel like rape is the right word for it.

"Using the right word to have this conversation is better. So when you say, 'to take advantage of,' yes, he can take advantage of her. Of course. That can be wrong. But what do we call the results of that damage? You're supposed to take care of your wife. I have religious views on it, so it says treat her like fine china. So if you're abusing her to that point, that's (not) fine china. (Marriage is a legal thing), so it should be a legal act that they should take when it becomes abuse too. You've got to change the language around it, because it doesn't feel like the same thing (as rape). I mean, it's the same thing, but not exactly because of who it is. It just doesn't feel like we're using the right words for this stuff. We can't just blanket everything."

Kristin McPhee, 23, Marathon: "Yes. It's still rape. You're married to someone but you still have your own body, you're still your own person. When you marry someone, you all are supposed to be together and be one, but you still have your own personality, your own individual mindset. That's like saying child abuse should be legalised. Because that's your child, yes, that's your child. But you can't abuse what still isn't your (body). You can belong to someone, but you can't take advantage of them."

Ashley Noel, 29, Fox Hill: "Yes, I think so. Sex is something consensual. Even if it's your partner, you can't demand sex from somebody. It's wrong from any vantage point - wife to husband, husband to wife, adult to child. It's wrong. Sex is consensual. Being married doesn't give you entitlement to anything-- food, sex, housing. Everything should be consensual, that's the point of marriage. So when two people get married, they both say 'I do,' because marriage is consensual. At least in this country."

J Mack, 29, Eastwood: "Yes it should. Because no is no. And once you say no, I don't feel like you should go past that. (There's) any reason she could be saying no. Maybe it's not what she wants to do or whatever, she may not be feeling the guy (or her husband) anymore. No is no."

Rayvonne Bethel, 49, Paradise Island: "Yes. I haven't been married, and if ever I get married, I wouldn't want (him) to think it was okay for someone to have any kind of relations with me without my consent. Especially if I say no and they decide to go ahead anyway, that won't make for a good marriage, at least not in my mind. Maybe (prosecuting it) is the only way to (stop it)."

The following individuals declined to have their photos taken:

Yvonne Campbell, 49, Winton: "I really don't think so. Because in some ways, you are married, so both of you have rights. But personally I don't marital rape should be criminalised."

Janet Strachan, 55, Farrington Road: "I think that it should be criminalised. I think that marital rape is the end product, but the beginning of it is when men take advantage of women, like young women on jobs, they think it's a right of passage to do that to young people, and I think that needs to stop. And that's why I think that it's time that we criminalise it and we tell people no, that's enough."

Prescola Rolle, 55, Monastery Park: "I think it should be. Rape is rape. Marital or non-marital, rape is rape. And whoever commits the crime, should pay."

Wow - I am impressed. When I saw this article, I thought the views would be a lot more mixed than they actually were. I am especially surprised at the men’s response. Thank you, gentlemen, you have restored some of my faith in Bahamian men.