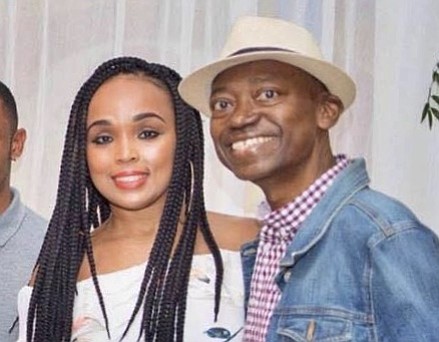 PHENTON Neymour, former Minister of State for the Environment, yesterday announced his support for medical marijuana, claiming the treatment saved his life when he was battling stage three colon rectal cancer.

Mr Neymour stressed he would not support the legalisation of marijuana for recreational use; however, the former Cabinet minister criticised the government for taking such a weak stance on the issue given the prevalence of non-communicable diseases in the country.

Yesterday, Health Minister Dr Duane Sands said he personally supports the use of medical marijuana; however, the government’s position is that it will be guided by regional analysis at CARICOM.

Dr Sands reiterated his call for the public to temper expectations of medical marijuana as a cure-all for every illness, and the answer to all economic woes.

In response to Dr Sands’ scepticism over whether there was a sustainable local market, Mr Neymour said he believed resistance among government officials stemmed from ignorance.

“It is something that saved my life,” Mr Neymour said. “I had no appetite, I couldn’t eat, nausea, felt bad all the time. Once I take the pill the only thing I did was fall asleep, the pill takes out that element that causes you to get high. Most government officials haven’t done their research.

“Only for medical reasons,” he said of his support for this type of therapy. “It must be certain guidelines put in place, and only prescribed by a doctor. I do not support recreational use of marijuana but I do support (medical use), it has many values.”

Mr Neymour said he was diagnosed in February 2014, and has used the drug Marinol, a man-made form of cannabis, to restore his appetite, combat nausea and relieve pain. However, he said he had to travel to Miami each time he needed relief.

“I’ve battled it (cancer) ever since, been in remission but it comes back in different forms and different places. I went into remission twice. It is something that was truly a battle.”

Mr Neymour said: “When doctors had given up in the States, they actually gave me a prescription for it but it’s illegal in the Bahamas. It comes in a pill form, looks just like chocolate. But I had to travel to Miami, if I felt really bad I had to go to Miami just to purchase it to use it there.

“It is something Bahamians are being denied because we are playing politics because we don’t have the testicular fortitude as politicians to speak what they know.”

Mr Neymour said he has been in remission twice, and is currently cancer-free.

He believes his life is an example of how persons can continue to live and enjoy life once they receive the proper treatment.

“I couldn’t have succeeded without God,” he said. “It’s natural methods I’ve used in the past that worked best. If you Google it, soursop (a local fruit) is found to be the best natural treatment for cancer so what I do today is I boil the leaves and drink it as a tea.”

The government has said it will be guided by CARICOM’s Regional Marijuana Commission (RMC) on the issue. The body was tasked in 2014 to fully ventilate the social, economic, health and legal issues surrounding marijuana use in the Caribbean.

Of this position, Mr Neymour said: “I think it’s a weak position to justify it because if one looks at the number of Bahamians doing it now and there are examples of success, the government would not oppose the introduction.

“The problem is the pharmaceutical companies are leading this. The US has realised they’ve lost the battle. It’s being used as medicine around the world. If you’re elected and only concerned about the vote, then you will act a certain way.”

He added: “I suggest government take a scientific survey, and they will be shocked by the results.”

A recent Public Domain survey has found overwhelming support for medical marijuana among Bahamian residents across demographics of age, gender and income.

For his part, Dr Sands said he does not want Bahamians to get their hopes up that medicinal marijuana will be a cure-all.

“The perception is, it’s going to replace diabetes medicine, hypertension medicine, that it’s going to be the be-all and cure-all. I’m not trying to burst anybody’s bubble, simply trying to introduce a level of calm and caution here.

“I personally support it. But when you now hear all these people saying we’re gonna make millions of dollars and fix our national debt…really?”

Dr Sands believes the end goal for marijuana advocates is recreational adult use, but noted countries on this track have been on a path towards decriminalisation for more than a decade.

He acknowledged the status quo was shifting to a paradigm that moved beyond a sanitised view of the plant to where more and more people were accepting of recreational use.

Dr Sands said: “Similar to voices heard in the US and around the world at the end of prohibition, a similar set of voices resulted in the end of slavery, the tear down of apartheid. And while this is an example of freeing your mind, the translation into economic viability in the medical marijuana arena is a major step, because it then presumes the ability that you are going to have a market.”

"Dr Sands believes the end goal for marijuana advocates is recreational adult use,"

So flipping what? If people wanna recreationally use it then why the hell not? Tax it and help to close the deficit. Stop with this geriatric 19th century thinking.

----“Only for medical reasons,” (What about taking PREVENTATIVE MEASURES? “When doctors had given up in the States, they actually gave me a prescription for it but it’s illegal in the Bahamas. ------“The problem is the pharmaceutical companies are leading this. The US has realized they’ve lost the battle. It’s being used as medicine around the world. If you’re elected and only concerned about the vote, then you will act a certain way.”**

In conclusion: For those of you who oppose cannabis legalization, keep breathing, keep eating everything packed with bleached sugar, keep eating bleached rice, keep eating hybrid foods, keep eating processed foods, keep drinking excessive alcohol, keep not exercising your mind, body and spirit, keep believing the lies and propaganda of our oppressors; judgment day is coming. Those who feel it knows! Genesis 1:30

I don't often find myself supporting pastors but Pastor Tray, I concur completely.

When I first saw this article, the picture particularly, there was no way I thought that was Phenton Neymour. It is seriously appalling & frightening as if he were sucked dry. 'That cancer does do ya bad' (Bahamian Vernacular) A complete transformation in such a short time, looking back from Election time, when he was a panelist with so much more weight. Marijuana is truly a wonder plant to have helped him to survive this long. I support both recreational and medicinal, because the publicly debated and highly misunderstood 'THC' which is the euphoric inducing chemical that gets you 'high' also contains a potent amount of cancer killing properties that does not destroy the body and actually assists brain functioning. The 'CBD' property of this plant which is what is included in most if not all Cannabis medicines can also deliver the same benefit without the 'high' but together the healing quality is even better. I say leave it to the consumer to make their own personal determination as to what they would like to consume in this case, which is why medicinal & recreational should be allowed to go hand in hand.

Let's slow our row on the legalization of marijuana. Yes, there may be some medicinal value to the drug, but we should allow for its use in a highly clinical and controlled manner. I know my people. As Ronnie Butler said, "I know them long time." Any move in the direction of legalizing marijuana will send many over the edge, including our young people, as far as the abuse of the drug is concerned. We still do not have a comprehensive study done on the effects of alcohol on the social fabric of this country. I believe that two things contributing to the premature deaths of many Bahamians are food and drink. That is to say the horrible diet of so many of our people and the mixing with that the heavy use of alcohol.

Even if marijuana were to become legal in this country, we should heavily regulate its use. No marijuana use for our precious young people under the age of 21.

Back on the subject of alcohol, for a minute: As a people, especially many of our men, we are already considered a nation of lushes. I remember when I was a young student studying in the United States, I met this beautiful young lady from one of our sister Caribbean nations. I was smitten right away; and she was, by all indications, enamored with me as well. Her only hesitancy? The reputation that had developed around her at her college that most Bahamian men love to party too much and drank too much. She couldn't believe I was a Bahamian! She said, "You are too nice. Too atypical of the guys from the Bahamas I know." So that lovely young lady had the nerve to tell me that she was going to have to put our relationship on hold, probation. She said, "I am going to graduate in a year. If you are not an alcoholic, if you are as nice as you appear to be--even though you come from the Bahamas--then, we can take it to the next level."