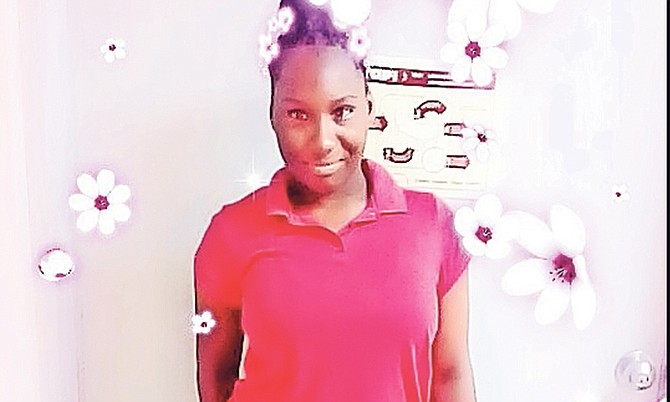 Should the government step in to enable 15-year-old Taranique Thurston to travel to the US for medical treatment?

THE Minnis administration should consider passing a law that would retroactively naturalise all people born in The Bahamas at any point, attorney Fred Smith has said.

In a statement to The Tribune over the weekend, Mr Smith implored the government to consider legislation that would automatically deem any person born in The Bahamas, irrespective of their parentage, Bahamian citizens.

He was responding to a Tribune article that detailed a naturalised Bahamian mother's push to get her "stateless" daughter the necessary Bahamian documents needed to travel to the United States for medical treatment.

Ginette Caty, 34, was naturalised as a Bahamian citizen in 2013 but her daughter Taranique Thurston will have to wait until her 18th birthday before she can apply for Bahamian citizenship.

Taranique has been diagnosed with a brain cyst.

She was due to have treatment last week but it was delayed because of her status. Jackson Memorial Hospital in Florida agreed to postpone her treatment until her travel status could be resolved.

Due to her mother's naturalisation process, Taranique is currently registered in The Bahamas as a non-Bahamian born to a foreign mother and Bahamian father, who are unmarried.

In his statement, Mr Smith said: "(This is the case) because of the discriminatory laws in the Constitution depriving children who are born of a Bahamian father out of wedlock to non-citizen mothers whether born in or out of The Bahamas aren't automatically Bahamian citizens.

"(We need) a simple act passed by Parliament, we don't need a referendum, that simply says, retroactively, that all persons born in The Bahamas at any time shall be deemed automatically to be citizens.

"This will allow them to be positive contributors to the economy," he said. "My God, it would clear up so much of the challenges this little nation faces."

Taranique's case also brought a call from Rights Bahamas yesterday for a change in the immigration laws.

Dawrin Thompson chairman of Rights Bashamas Education Committee released a statement sayign: "Taranique Thurston, 15, was born in The Bahamas, as was her mother, and father. However, due to our non-inclusive, discriminatory laws she is still considered a non-Bahamian in the eyes of the law. Imagine that, born to two Bahamian parents, and ultimately being considered "stateless" until the age of 18 when she will then be given the "right" to apply for citizenship. Which, of course, she will still have to wait a decade to receive due to our notoriously inefficient government processes.

"This unfortunate situation sheds light on our archaic system of immigration and begs for some manner of immigration reform. We are now faced with a situation where a child cannot be helped due to her "status" according to our governments' laws and regulations.

"Rights Bahamas would love to see a change in our immigration system. We'd love to see an allowance made for this young, bright Bahamian gem. We believe she deserves a chance to be able to make a difference and inspire her own change within her community, country, and even the world at large.

"We will stand for Taranique for as long as it takes to ensure her safe trip to Miami for her surgery until the day she lands safely here in her homeland, The Bahamas.

The government has twice tried to address the issue through a referendum, during the second Ingraham administration and the second Christie administration. Both attempts were rejected by the electorate.

The issue relating specifically to children born in The Bahamas to an unwed Bahamian father and a non-Bahamian mother was the third question put to Bahamians in 2016's constitutional referendum. It was rejected, with 28,246 people voting yes to changing the Constitution to give an unwed Bahamian father the same right that a Bahamian woman has to pass citizenship to a child born in or out of wedlock and 54,890 people voting no.

The Minnis administration has said it plans to address this issue and others through amendments to current immigration laws.

Yep. Makes sense to me.

Of course. Otherwise, what was his point in publicly parading a terminally I'll child around? It certainly wasn't to get her immediate help.

The one major flaw Ma Comrade "King's Counsel" Freddy's call consider passing a law that would retroactively naturalise all people born in The Bahamaland at any point is such broad reaching corruption and forgeries have and will claim to have been born here but weren't. Many they's paper works is suspect. First, we need rid colony islands of all corrupted officials and document authenticity crooks.

Makes sense to me.

The devil is a Liar! Fred don't do it.

She can obtain a Haiti passport right away, and she can go to receive medical attention or a travel document. I trust the DRAMA KING is not playing the same game he played with the man with two names who was lost according to him and was suddenly found.in Haiti he knows well how to play the fools.

If only a Bahamian would stand up for the rights of Bahamians in their country as Fred Smith does for his Haitian countrymen!

@ BIRDIESTRACHAN It is not that easy in obtaining any passport, a Haitian at that's even worst.

The Bahamas no longer issues travel documents another setback to stateless migrants who are born and bred in this country. The government in truth needs to have some law in place to appease children being born of foreign heritage. It just has to be structured and enforced in order to be effective and uncorrupted.

That's their choice. Let them create a whole community of no-status people, and cry and moan about their poor problems of having no status. They chose that path.

They need to be dealt with, deported, or moved to a cay in Exuma somewhere to live amongst themselves. Because, otherwise, when their population reaches 30% they will go crying to some insane U.N. agency to come and help them - claiming they are discriminated against, treated unfairly, and just in general that they have not been allowed to come in here and take away the Bahamas from Bahamians and take over - and can't the world see how unfair that is? Why should Bahamians be allowed to have the Bahamas all for themselves? We are Haitians - we overpopulated our tiny half island, and now somebody else has to give us more land for our childrens' feets to stand on. To Hell with everyone else, only Haitians matter. That will be their story in a nutshell.

Bahamaland be careful! Go and read the stories of Europe and the illegal immigrant community. There are parts of countries like Germany, France and Belgium that the police no longer venture into because they have become overran with illegal immigrants and crime. We can not sit idly by as others come into our country illegally and make all kinds of demands for citizenship and naturalization.

I am sick and tired of Fred Smith and his drive for attention. If you all are really interested in the welfare of that child, then go apply for a Haitian passport so that she can get a visa. SHE IS NOT A BAHAMIAN until she is naturalized at the age of 18. I don't care how her mom screams and cries. The law is the law.

He mom needs to set aside her pride and go get that child a Haitian passport. Personally, I think the mom feels that if the child has a Haitian passport then that would ruin her chances of her becoming a Bahamian or would put a stigma on her.

Anyway, I wish them well because the child should be able to receive the medical attention that she needs.

Oh look people we voted no on a constitutional referendum that would have allowed her to receive Bahamaian documents. And now 2 years later we keep having immigration issues that are so easily solved.

Smh... for a small country I fail to see why immigration is so difficult.