Baseball Leagues Reunite Under One Umbrella 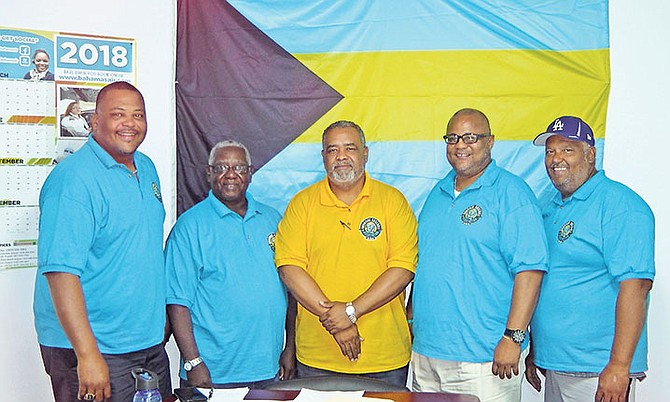 Now that they are back together under one umbrella, the Bahamas Baseball Association is set to host the National Baseball Championships next weekend in Grand Bahama.

And the association has confirmed that all of the affiliated leagues have confirmed their participation in the championships, scheduled for June 21-24 at the Emera Baseball Complex.

It's expected that a total of six leagues, comprising of 30 teams playing in 83 games, will make up the four-day package that is once again being sponsored by the Grand Bahama Port Authority.

BBSA president Samuel Rodgers thanked all of the leagues, executives, coaches, players and parents for their support in the amalgamation of the sport again.

More than 380 players from teams from the Legacy Baseball and Rising Stars Baseball from Grand Bahama, Eleuthera Baseball, North and Central Abaco Baseball and the Community, Freedom Farm and Junior Baseball League of Nassau will be participating.

Terran Rodgers, director of the national tournament committee, said they are excited about the direction the sport is taking with the amalgamation of the sport since March 2017 and now they are prepared for the staging of their first tournament.

"As a vice president, who I have been in a background approach over the years, I'm excited about this opportunity for us to do what is required under one umbrella," he pointed out.

"Everybody has come on board and have been a part of the process and appreciate the process and understand that moving forward, it's about developing the game of baseball in the Bahamas."

This year, the BBA has restructured the age group divisions for the tournaments so that they can maximise the efforts of the players involved. They will now participate in the under-8, under-10, under-12, under-14, under-16 and under-18 divisions.

From the tournament, Rodgers said the BBA will be looking at selecting its national teams, including an international baseball tournament for the under-18 team in Panama in November.

"We have to make sure that we put the best team on the field to represent us," Rodgers said.

As for those players who would have signed professional contracts and are still eligible to play, if they were cut from their organisations, they will have to sit out one year before they will be eligible to participate.

Also from the tournament, the winner of the under-12 division will get to represent the Bahamas at the Caribbean and Latin American Zone Little League Qualifying Tournament in Puerto Rico in July to advance to the Williamsport Little League in South Williamsports in Pennsylvania in August.

Tournament director Shane Albury said the rules have been submitted to the teams and they are looking forward to staging a very competitive tournament.

"We have a full agenda, a full slate, so we are looking forward to some good baseball over the four days in Grand Bahama," Albury said.

As they are in the infancy stage in the hosting of the tournament by the BBA, which was previously staged and organised by the now defunct Bahamas Baseball Federation, Albury said they are looking at including softball for the female players in the future.

And that could come as soon as the Ministry of Youth, Sports and Culture completes the construction of the four fields at the site of the new baseball stadium at the Baillou Hills Sporting Complex.

It's understood that plans for the construction will resume at the site as early as Monday. "We have been in contact with various international bodies that want to come to the Bahamas, but at the moment, we don't have the fields to accommodate them," Albury said.

"But as soon as we get the fields up and running, we will be able to grow the sport much faster than it is going right now."

Martin 'Pork' Burrows, the umpire in chief for the second consecutive year, said they have a good mixture of senior and young, up and coming umpires to help to officiate the games.

He mentioned such persons as D'Kyle Rolle and Dereck 'Duckie' Christie, who both will be making their debut, but have officiated in games in New Providence.

There are expected to be officials coming in from the various other islands to make up the number of staff needed to cover all of the games.