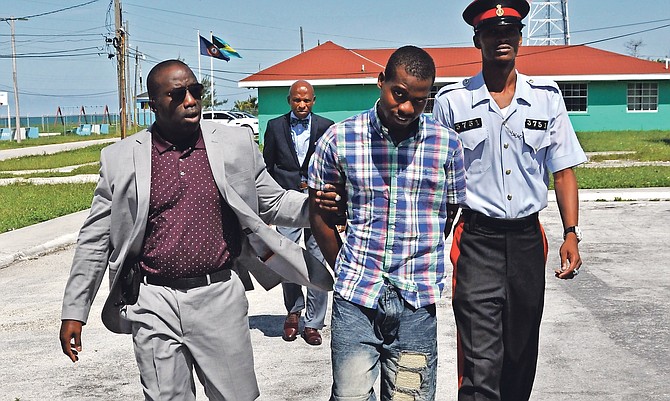 Jaycee Simmons being led to court in Eight Mile Rock to face a charge of attempted murder. Photo: Vandyke Hepburn

Jaycee Jeffrey Simmons, of Pinedale, EMR, appeared before Magistrate Gwendolyn Claude. He was not required to enter a plea to the charge of attempted murder, which stems from a stabbing incident on June 14 at Rigby Plaza. He was denied bail and remanded to the Bahamas Department of Correctional Services, and the matter was adjourned to September 13 when the prosecutor is expected to enter a voluntary bill of indictment.