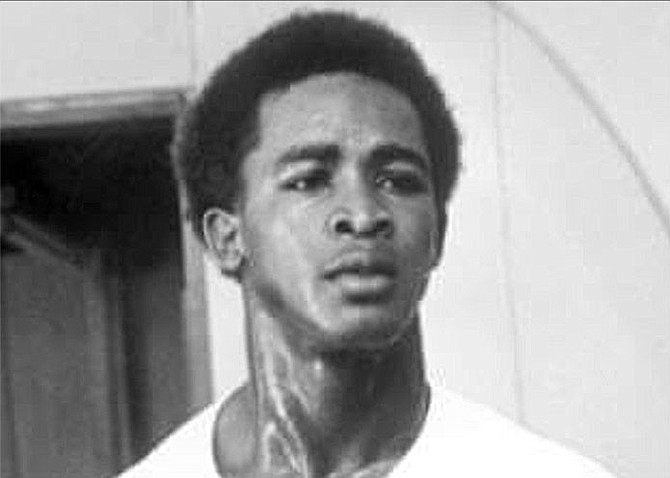 Ferguson, born February 21st, 1952, began his amateur career at the age of 12. He went on to post an impressive 46-0 win-loss record with 16 knockouts before he turned pro two years later.

After enjoying an impressive pro career, Elisha Obed went on to capture the World Boxing Council (WBC) light middleweight title in 1975 by defeating Miguel de Oliveira. He defended the title twice before losing the belt to Germany’s Eckhard Dagge in 1976 when he quit, claiming he had blurred vision. Elisha Obed stated that he had been thumped in the eye by Dagge. In actuality, he was later found to have a detached retina and is legally blind in that eye.

Elisha Obed decided to enter the middleweight ranks. By 27, he was back to where he started from, fighting on local fight cards in Nassau. He retired in 1988.

That year, Elisha Obed was named in the Queen’s Honours list as a recipient of the British Empire Medal.

Wellington Miller, a long-time friend and former boxer, called for the Bahamas Government to do a little more to recognise Elisha Obed's accomplishment and honour him by either naming a street or even the National Boxing Gymnasium after him, however Elisha Obed passed away without any prominent recognition.

Many will never know the history of this legend and why he fell from grace. RIP.

I just cannot believe that we did not officially recognize this great Bahamian athlete. It still not too late. Obed was one of the first Bahamians to showcase Bahamian talent in the field of athletics.

I thought he was older. He was a star

Back then they didn’t want him messing with the white girls. So they clipped his wings really short and dumped him back on the island.

where do u come up w this nonsense ,,the guy rose to champ of the world ,,then probably do to vision issue did not have a long run at top .

I don't know about clipping his wings but from the pic he was a handsome man, I guess nature deals with the rest.

Time is moving. Condolences to the family.

according to you black people have no will of their own and any normal bumps in their career are all planned by a white man .The white man even is responsible for a guy on St James road killing another over a perceived slight or someone ripping off someones stash .In your world the white man must be Omnipotent and the black man easily lead to mayhem ..

@concernedcitizen: I know of the facts first hand so maybe you would want to google them before you attack me like the Klan in Mississippi. Else go suck lemons.

Would love to hear, since I grew up in his era, but never heard anything amiss except the eye incident. The Brother had a jab that was the most potent outside of Muhammed Ali.

your responses are predictable ,,basically its all the white devil ,,which in away is demeaning to still claim that black people are so easily lead

I met Elisha Obed about 46years ago.i along with friends would sit on the wall of Lincoln Park Primary School (now E. P Roberts) and watch for hours as Eilsha Obed would run around the perimeter in boots while punching and jabbing the air.We were fascinated.At the time he lived and trained at a house on Lincoln Blvd.I lived on Washington Sreet.I remember the day when he let me touch his gloves.Wow.i was 10years old.I really looked up to him.When he started to move up the ranks in boxing,i would save my lunch money just to buy Ring magazine to see where Elisha Obed was ranked.I read every newspaper article about him.When he won the Championship i was awe struck,Sadly when he lost i was devasted and to this day i believe he was cheated.(watch the movie Ali).As life would have it Elisha Obed was involved in a very bad traffic accident on Prince Charles drive where as faith would have it another young person with a positive infuence in the neighbourhood lost his life.Elisha Obed was never the same afterwards.I wont dwell on the negatives about how he was treated.

Powerful testimony of a true admirer and fan

Leaving out to the events that led up to the fight against Eckhard Dagge that many was believed was a mismatch. Obed claimed he got 'thumbed' in the eye during this fight. And it was later discovered he had a detached retina. Obed was then declared legally blind in that eye and unfit to box (fight). The condition was considered to be permanent. And yes he does have a brother that is blind. Even when he tried to fight locally questions about his medical condition (eyesight) would surface weeks or days before the scheduled fights and he would not get clearance to fight. He was still under the age of 30 and out of frustration quit the sport completely. Spent 40 years of his life paying for a fling that some did not approve of.