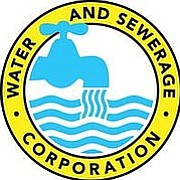 A WATER & Sewerage Corporation employee, described as a “close friend of” General Manager Glen Laville, secured a lucrative $3.2m contract with the corporation despite being fired twice, auditor EY said in its report.

The contract was for engineering services and it was awarded to ACO JV (joint venture) for which Mario Bastian, the former WSC employee, is a 33 per cent owner.

In a report tabled in Parliament yesterday, EY said Mr Bastian was hired in 1987 and had his employment terminated in 2006 “due to an undisclosed conflict of interest”, though “lack of trust” was the reason highlighted on his employee file.

However, he was rehired in 2010 when Mr Laville became general manager, but was fired again when Bradley Roberts became chairman. Mr Roberts had encouraged his dismissal in 2006.

EY said: “Despite having worked 22 years cumulative for the corporation, Mr Bastian’s retirement benefits and pension were awarded based on 30 years of service.”

This contradicted the direction of then Deputy Prime Minister Philip “Brave” Davis, who auditors said had instructed that he “be retired in the public interest” and that his “entitlements should be paid on actual years served and his pension bridged as appropriate”.

“In May 2005, WSC retained Consolidated Water (BAHAMAS) LTD (CWCO) to supply water to WSC from a reverse osmosis desalination plant on a build, own and operate basis. Under the agreement, CWCO was responsible for designing, building, commissioning and operating the plant at its own expense as well as producing water that met all quality standards and requirements established by WSC.

“An amendment to this contract was executed in August 2011 to expand the Blue Hills Plant to obtain additional water for public consumption. Subsequently, WSC began receiving a high volume of complaints due to red, rusty water. As a result of the complaints, WSC retained RosTek Associates in April 2013 to perform. Forensic contractual review of the original contract as well as the amendment for the expansion of the plant.”

RosTek’s investigation concluded that water quality standards in the original contract were removed.

Said EY: “Specifically, this amendment eliminated the requirement for a minimum total hardness of the water of 50 mg/I which was part of the plant performance guarantees requirements referenced in the original contract. RosTek noted that this is a significant deletion since this water quality parameter is a factor in the calculation of the Langelier Saturation Index.”

EY said in explaining the decision, Mr Laville said it was planned that a corrosion inhibitor, SeaQuest, would be used and would mitigate the red water problem.

“However, the inhibitor was ultimately never used,” he reportedly told investigators. “When asked why, GM Laville stated that it simply ‘fell through the cracks’,” the auditors reported.

WATER & Sewerage Corporation is inundated with management-level employees allegedly profiting from inside deals that external vendors should be participating in.

From internal maintenance to all manner of equipment acquisitions, management-level employees have redirected purchases through themselves!

the GM should be fired immediately if not sooner based on his own words.. he cannot pass the buck with talk about falling through the cracks.. his duty as GM is to ensure that very thing does not happen by holding the responsible subordinate accountable. every day and every revelation shows why we are in such debt with so little to show for it. God help us coz all indications are this trend will all continue.. we are lost as a people..

What the PLP didn't care about the water anywhere on the island??? Fitzy more people ga hate at ya now then ever!!!