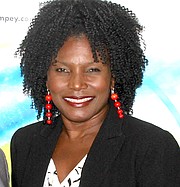 ONE of the greatest honours for any athlete is to get a chance to represent their country in a major international competition before their home crowd.

In one of the most defying performances at the Thomas A Robinson Stadium in 1984, Pauline Davis accomplished such a feat when she powered the Bahamas to its second consecutive victory over Jamaica in the CARIFTA Games at the original Thomas A Robinson Track and Field Stadium.

As she went on to become the third Bahamian to earn the Austin Sealy Award as the most outstanding athlete at the biggest junior regional competition in the Caribbean, it was the last time that Jamaica fell victim to the Bahamas, having dominated the Easter holiday spectacular ever since.

Davis, who went on to achieve a stellar collegiate career at the University of Alabama to getting on the podium as a multiple individual and relay medallist at both the Olympic Games and the IAAF World Championships to now serving as an IAAF councilwoman, it was a Games she will never forget, especially considering the fact that the Bahamas will host the games for the eighth time this year.

“There’s nothing I liked better than performing before my Bahamian crowd,” Davis said. “I live for it, I love to feed off their energy. For me, it was never an issue. It was a golden opportunity, a golden moment. I worked very hard and, at the time, I had a major injury, but a lot of people didn’t know it.

“They told me that my athletic career was done, but my coach Neville Wisdom had me in the salt water morning and afternoon. He worked with me. But I missed the CARIFTA trials and he requested a special trials for me after the fact. I did that and they placed me on the team as an alternate.”

That was how the story really unfolded.

“The night before the 100 metres heats, I was told that I’m going to be running to get ready,” she recalled. “I was beside myself and I was a little bit nervous. I haven’t been on the track running because I was in the salt water for weeks recuperating. But I was so excited to be competing in front of my home crowd.

“I’ve been to Jamaica, I’ve been to Guadeloupe representing the Bahamas at the CARIFTA Games, so this was my shining moment.

“I felt at the time that I was going to miss this moment. That’s why I worked so hard in that salt water and so when I went out there running in the 100m that morning, there was a lot of people in the stands cheering for me.”