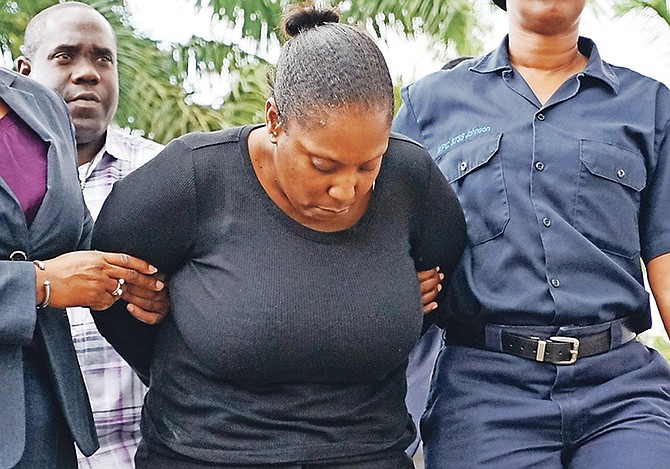 A 43-year-old woman was arraigned in the Magistrate’s Court yesterday charged with the murder of a former Bahamian bodybuilder and powerlifter last weekend.

Tracy Pratt, of Miller’s Heights, stood before Deputy Chief Magistrate Subusola Swain on a single count of murder stemming from the March 17 incident.

It is alleged that on the day in question, Pratt murdered Fitzroy Melbourne, otherwise known as Paul Melbourne.

Melbourne, a 70-year-old man known for his athletic prowess, was killed on Saturday at his home on McKinney Drive off Carmichael Road after arguing with a woman.

When officers arrived at the scene, they found him with stab wounds about his body.

He was taken to the hospital by emergency medical services personnel, but was later pronounced dead. Police suspected Melbourne was arguing with the woman when he was stabbed.

Pratt was not required to enter a plea to the charges and the case was adjourned to May 15 for service of a voluntary bill of indictment (VBI).

Prior to her being formally remanded, her attorney Tonique Lewis told Dep. Chief Magistrate Swain that her client had been experiencing stomach pains as a result of a cancerous tumour she had in her appendix.

As a result, she asked that her client be allowed to seek medical attention.

Dep Chief Magistrate Swain noted the submissions and made an order for Pratt to be seen by a medic upon her admission to the Bahamas Department of Correctional Services.