Insight - The First Year: The View From The Street On Fnm's First Year In Office

What grade would you give the FNM government after one year in office? (only one vote per user will be counted)

In a street talk conducted last week a cross-section of Bahamian society was asked their views on the Minnis administration thus far and it was very much a case of the jury is still out.

Our reporter focussed on three major questions were: What are your thoughts on the FNM thus far? What do you think they can improve on? Will you vote for them in five years?

Many were ready to voice their opinions - on these questions and a lot else. 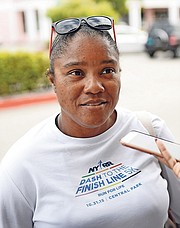 I guess the prime minister is settling in right now. It’s really nothing really radical that has happened since he came to office that I can think of… I think the biggest thing when he was getting into office was the Baha Mar thing, and that settled down by itself. And that’s about it.

I just saw a statistic about crime and I saw that was going down [especially murders]. So that would be the biggest concern. You don’t want to think that it’s getting worse… So that’s important. And [people] need to work.

Would I vote for them next time? You’re looking at someone who didn’t vote the last election. I don’t know. If I decide to vote again, maybe.

Vote for them next time? I don’t think so.

So far the FNM look like they was doing well, but in the process of it they’re messing up [at] the same time. People are getting lay off from jobs and it look like they only letting people they know get in. So they need to improve in certain things. The crime look like it’s actually getting way out of hand than way before then when [the] PLP was in power. So they need to pull up they pants and do what they supposed to be doing.

The rate they’re going in now, no, they wouldn’t get my vote.

I don’t really have a thought. I mean, I guess they’re doing some kind of headway. I’d like to see more done. Especially [in terms of crime] and for the citizens in terms of business.

I didn’t vote for them in this election. Next time, I doubt it.

Well I think Minnis needs to go because they want a raise and people still * in outside toilets and children going to be hungry. We ain’t gat no space in town for that. No raise, feed the people.

They’re too bad to improve. Minnis is not leadership material. Minnis is a man who get dictate to. We don’t need that.

I’m a strong believer that you have to quietly pave the road to your own successful future. I think if you rely on government, if you rely on your mummy and your daddy, you only go so far. Because you only go so far as what they can do for you. But you can go much farther if you rely on what you can do for yourself. And you have to be quiet because sometimes people get upset that you’re not using their help and they try to stop you. So just be humble, be quiet and keep moving and pressing forward, as hard and passionately as you can.

Everyone has room for improvement, the government included. I think the expectation is very, very high and they just have to focus on the very big promises that they made to the Bahamian people. If they want to continue forward and be liked by the Bahamian people, just do what they say they’re going to do. Or at least reform their stance on the things that they said that they were [going to] do.

I think if they are open and honest about what they can do then the only choice we have is to accept it and appreciate that they decided to be straightforward and be honest with the people and then execute this new plan based on the information that they have.

I think as an artist, I would want for the stage to be set a certain way to encourage growth in my industry. Not just for me but for everyone that exists in the industry. Because I can’t make it unless we all make it. Because then everyone [will] have a respect for what we do as artists.

Will I vote for this government in the next [election]? I think it’s really too soon to say. I won’t say that I won’t vote for them, but there’s a possibility that I won’t. Because I am a Bahamian first, and I wear colours second.

It’s difficult to measure [because] they haven’t been as transparent as they had promised. So… you don’t know how they’re doing because they’re really not saying to the people. Communication is definitely key. If we don’t know as a people what they’re doing, then based on what is happening in our own lives, the difficulties that we’re experiencing then, we’re going to measure it by that stick.

Next election? That’s a difficult question at this time. Very difficult.

I think it’s pretty average. To be quite honest, I don’t see anything massively different or massively ground-shaking or impressive. But then again, it has only been just one year. I know in a democracy there’s only so much you can do in one year with all the red tape and different combatting things in government.

So, I haven’t seen anything impressive, but I do see that they have been serious on this trying to find corruption and stuff, which I do find pretty good. But there are still many things that can be improved on within the whole country [in] general, not just the government.

Country-wise I believe they could improve in education, for one. Not just academic education but in terms of entrepreneurship, business education. And help promote people becoming financially independent and building businesses. As opposed to only just promoting more jobs. That’s what every government does.

It’s too early to say about how I will vote next time. We’ll see what happens in the next four years of their term.

Honestly, I don’t follow up, so I don’t really know what’s going on. But I guess they’re doing good.

I feel as though we could do more in terms of getting younger people involved within the community. Because that’s a big thing to me because we’re losing plenty young people to violence and drugs. So I feel as if… they put programmes to take them out, to show them a better way, instead of just leaving them alone, then we’ll be able to see some sort of a change. Because you know it takes a village to raise a child. And if you just have somebody; you could carry them to church. They could feel blessed and all that. And they ga come home with all the excitement inside them. But by the time as they go back to that negativity, that drinking and all that cussing going on inside the home [they’ll lose it]. So put forth programmes to… show them a better way.

Would they get my vote? If it’s something for me, yea. [Something] that could help me, to put me in a better position so that I could help others, yea.

Not much going on right now. I think it’s still kind of early and nothing’s happening. I think they may need some more time. But at this point I kind of see it as flat, the whole economy and everything.

The economy, the job situation is really bad. And a lot of people [are] still unemployed and people need to work. And until that happens, it’s always going to be a problem.

If they are doing something…say [they’re] building something that’s going to improve the Bahamas, I would vote for them merely for the fact that they have to finish it.

Would I vote for them? Most definitely. I think that they’re doing a bit better than the PLP were doing.

It just seem like the FNM and the PLP are the same. They just come with so much hope and this ga be so much different and so much better and it’s the same old same. No improvements. Actually to me things are the same or they even get worse.

I think all governments need to focus more on education. Educating the people. Just the overall stability of the country. The rich have it all and the poor get none. They need to do more for the average person.

The thing is with me, I’m not specific. I’m not a Bahamian who is party [affiliated]. I look at the person and what they’re doing in the community.