Four Are Accused Over Two Murders 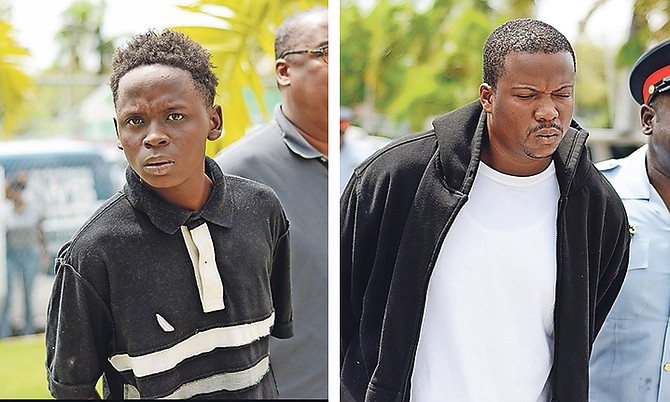 FOUR men were arraigned yesterday on charges in connection with two of the latest murders.

Kevin Lamount Gardiner, 27, of Malcolm Road was arraigned before Chief Magistrate Joyann Ferguson-Pratt charged with the May 4 stabbing death of 24-year-old Theagrea Hanna.

According to a police report, the victim was stabbed during an argument with a man at Malcolm Road around 6pm.

She was taken to hospital where she died a short time later.

The accused was not required to enter a plea to the charge and the case was adjourned to July 19 for service of a voluntary bill of indictment.

He was remanded to the Bahamas Department of Correctional Services until that time.

Johnson was fatally stabbed during a brawl at Potter’s Cay Dock. Attempts by paramedics to revive him were unsuccessful and he was pronounced dead at the scene.

The three men were not required to enter pleas to the charges and the case was adjourned to July 19 for service of a voluntary bill of indictment.

They were remanded to the Bahamas Department of Correctional Services until that time.