'Mother Me' Event To Strengthen Bonds Between Women 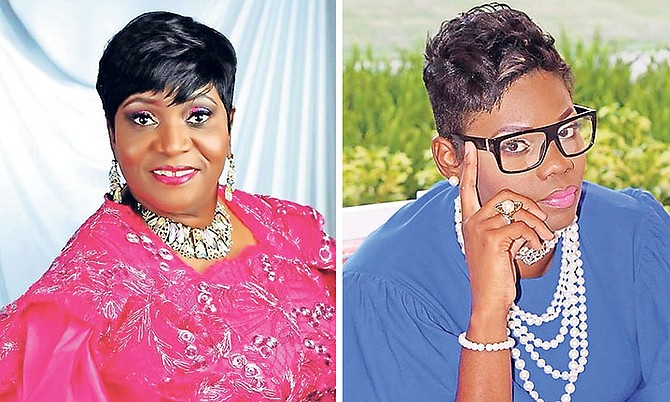 After surviving what they describe as years of pain and disgrace, the mother-daughter duo of Vernita Josey and Davonia Williams have come out on the other side stronger than ever. And now, they are sharing what they have learned with others in the hope of fostering strong relationships between the nation's mothers and daughters for a better society.

They will be hosting their fourth annual "The Rebirth" conference under the umbrella of their MD2 organisation. The theme this time around is "You Have Been Anointed To Live". The event is free of charge and will take place this Friday and Saturday at the William Thompson Auditorium on Jean Street, beginning 7.30pm. Speakers will include Apostle Brenda Pratt of the Global Worship Centre and Rosmery Bethel of Epic Church.

Ms Josey, an elder at the Commonwealth Baptist Church, said she felt moved to create this conference after receiving a "mayday" message from God. "(This was) a clarion call for me to call all the mothers of the nation together and hold a conference during the month of May," she told Tribune Woman. "I was given the mandate to make a difference in our nation by hosting this conference. After receiving the word, I called my daughter to relay the message from the Lord."

The conference was also inspired by her and her daughter's personal tribulations.

"Some 13 years ago our lives were interrupted when my daughter became pregnant out of wedlock. The daughter of a pastor, at the age of 21 years, she fell into the enemy's trap and caused her dreams and aspirations to be put on hold as our lives were shattered. Two years later she repeated the same act and had two sons out of wedlock. We survived those years of pain and disgrace, but today we can rejoice that our daughter is fulfilling her purpose on earth - a licenced minister of the gospel, walking in the prophetic anointing, married with three sons; a true worshipper who desires to see lives transformed to the honour and glory of God. What we went through did not make us bitter, but better, solidifying our relationship like never before," said Ms Josey.

She believes there are many girls and young women in the Bahamas today who do not know what it is to receive a loving, tender touch from a caring mother, thus they end up in traps set by predators.

Ms Josey said those who plan to attend this weekend will come to understand that they can free themselves from their cages, whether they be mental, physical or emotional. As she and her daughter were saved by the grace of God, Ms Josey is certain He will do the same of any mother or daughter in need of assistance.

For her, the overall goal of this year's conference is for mothers and daughters to walk away delivered, set free and ready to live life to its fullest.

"We are excited once again for what the Lord will do in this year's conference. Each year we are left in awe. When we think that we have seen God's best move, He takes it to another level; every round goes higher and higher," said Ms Josey.