Face To Face: The Birdman Of The Bahamas 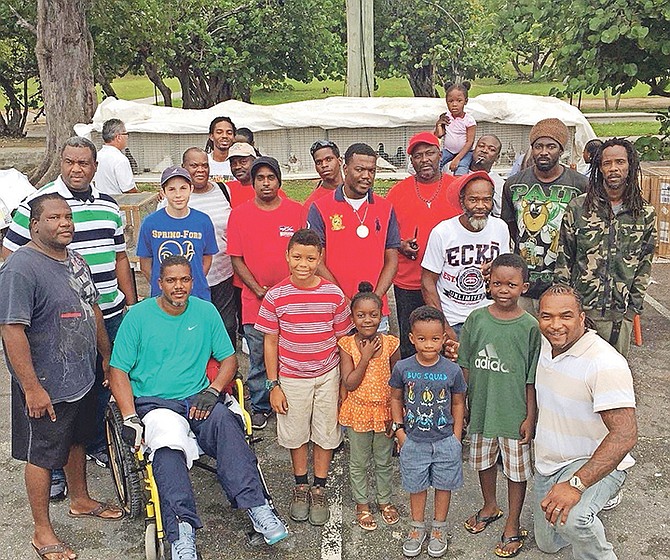 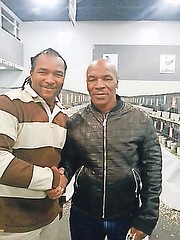 Metellus Chipman is no stranger to the world of culture and entertainment in The Bahamas. He is a young, talented entrepreneur who has made a name for himself with his flair for our culture. He stands on the great shoulders of his mother and grandparents, whose contribution to culture in this country is immeasurable. He is known as a fun-loving, outgoing individual who is always ready to entertain guests at his Arawak Cay stall. But Metellus says many people don’t know the real him – a family man who spends most of his spare time in his backyard tending to his fruit trees, vegetable and flowering plants and breeding his beloved birds – pigeons.

I had the same reaction many have when they first hear about his hobby: “Pigeons?”

Yes, pigeons. Healthy, beautiful pigeons from around the world are at home in Metellus’ backyard. He taught me to appreciate these birds in a whole new way. As president of a group of 30 pigeon breeders called the “The Pigeon Nation”, he’s on a mission to get kids in the inner city off the streets and into a hobby that could steer them in the right path towards future success. He knows that one by one, if we continue to invest in programmes like these, we can offer young people viable solutions to today’s vexing social ills and create a more prosperous nation in the future.

Pigeon breeding is very much a part of Bahamian culture, he contends: “Every Bahamain person knows someone that keeps pigeons. It’s a part of our culture. I grew up doing it, my father and uncles grew up doing it, and they are in their 60s and 70s… so how many generations of Bahamians have been raising pigeons? If you have a company bringing 40ft containers of pigeon feed into this country, it indicates that a large population of pigeons are here.”

“If you put your time into it, you will get something back. I come home in the evening, I sit down in my bird cage and relax. I have learned to live healthier from taking care of them. I have to give my birds organic apple cider vinegar and cod liver oil constantly to keep them healthy. They can get the cold, just like us. I have to give them organic, non-gmo grains and so I learned to eat that way too.”

I sat face to face in the bird cage with Metellus as he proudly showed off about 100 pigeons including the Indian Fantail, German and English Trumpeters, Hungarians, the local rock dove, and a unique home-bred species his group calls the “Bahamian Kingbop”. They have a range of beautiful colours and some with interesting attributes like hooded eyes and feathered feet. For those concerned about the noise, these birds actually make a lovely cooing sound that sounded calming as we sat for the interview. 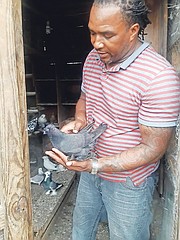 Metellus Chipman with one of his birds.

Metellus recalled a childhood memory that stuck with him. As a young boy, he was skating home with a pigeon in hand. He fell, but kept his hand up and kept the bird safe. He realised that having something to care for makes kids more conscientious, responsible and careful in their own lives. He now wants to pass on his love for the birds to yet another generation, with a focus on the inner city youths that often have too much idle time during after school hours. If they can get into a hobby that could generate income, more young people susceptible to the street life would be interested in being involved in something positive. Metellus says even criminals have a love for animals and can be better rehabilitated this way.

“I used to be in the club, partying and having fun, but then I met my wife and I settled down,” he shares.

“I am a simple person. I love nature, love to help people, and I stay humble. I am 6ft 2in and 250 pounds. I could be aggressive, but that’s not the right way to go about life. I have to set an example and as president of the group, it starts with me. It’s time for all of us to grow.”

“My wife says, either you are to work or in your bird cage, but at least she knows where I am. It’s a business and a mental release. I can come on the back here and sit; I am off the streets not bothering anyone, and I can get my kids involved in something positive. It also helps my family financially. The other day I sold a pair of fan feathers for $200. So ten pairs of quality birds can help pay your bills. Everyone has a hobby. This is our hobby. You should spend time with what you love.”

The Pigeon Nation is gaining new members by freely giving a pair of birds to young people whose parents permit them to start taking care of them. Members make a home visit and help with guidance on building the cage and caring for the birds, including advising visits to a veterinarian. The success of their club ensures that more varieties of pigeons are available on the island. Bahamians can be found taking their birds to the US and as far away as Germany for competitions. The goal is to attract international judges to come to The Bahamas for a competition. The club held its third successful local showing and judging on Arawak Cay on Sunday. The club includes breeders in Eleuthera and Ragged Island, where some bakers on the island prefer pigeon eggs to make their cakes a little fluffier. 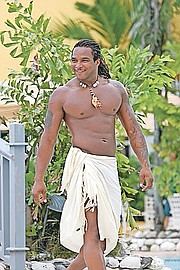 Metellus Chipman during his Mr Bahamas and Mr Caribbean days.

Metellus was awarded crown land and is utilising it to create a farm and a new home for his birds. Then, he will seek to establish an after school programme and provide transport for inner city children to come out to the farm and care for the birds. Kids just love the birds, he says, adding that an 11-year-old won a recent local competition. There are other bird clubs in the country, and they interact with them as well and purchase other breeds they don’t have. Bird keeping, he said, is yet another extension of Bahamian culture.

It’s in his DNA to be an ambassador for culture. His grandfather, the legendary John “Chippie” Chipman is nearing 90 years old and is still going strong, still working as a performer. His style of drum beating is known to evoke emotion and represent a stirring display of African and Lucayan heritage. Chippie has performed around the world representing the country, and is patriarch to a large family which has contributed much in various sectors of society, including Mp Reece Chipman and former MP Hubert Chipman. His grandmother, the late Rebecca “Becky” Chipman was adored as the queen of fire dance and Goombay in her day. His mother, Mitzie Chipman, followed in her mother’s footsteps as an extraordinary entertainer, having performed with her mother from as far back as 1969 during the Goombay Summer, a Bahamian festival of highlighting local culture, food and music.

Metellus first attended TG Glover Primary School before moving on to Miami Jackson Senior High and then Youngstown University in Ohio, where he played football and earned a bachelor’s degree in fine art. He loves to paint and is also a well-known dancer, but rarely has the time for those in this season of his life. He is also a trained masseuse, but is mostly spending time at his Arawak Cay stall where he sells sky juice and coconut water fresh from the nut.

He won the Mr Caribbean competition in Jamaica representing his country, beating out neighbouring countries for the top prize. He also won the Mr World Bahamas competition in 2007 and represented The Bahamas in China, where he won the talent competition. His dance was an ode to “The Obeah Man” the late Tony McKay, a performance that stole the hearts of the judges.

Pondering on great cultural giants like McKay and his grandfather, he mused: “There are so many cultural leaders out there. The same way how we have big bulletin boards with our track stars on them, we should have our cultural giants on billboards. Kids today want to be the next reggae or pop star because that’s all they are hearing or seeing. But with Bahamian culture, they can make a living. We need to make it lucrative. When they see they can make a living from it, they will get interested in it.”