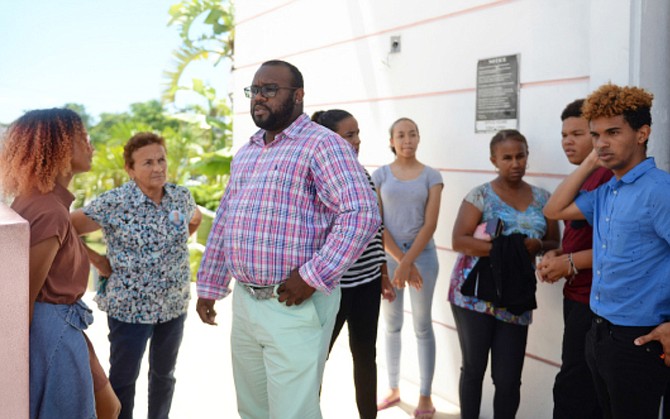 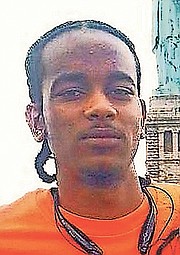 A JURY in the Coroner’s Court ruled last week Wednesday that the death of 25-year-old Christopher Turnquest in a 2016 boating incident involving the Royal Bahamas Defence Force (RBDF) was “accidental,” not the result of negligence by defence force officers.

“I feel like I failed my son,” she said in a statement to The Tribune.

Mr Turnquest was in a 13-foot skiff east off Potter’s Cay Dock around 8pm on October 2, 2016 when his vessel was struck by an RBDF patrol vessel. He died from blunt force trauma to his body. A cousin of his, Keno Turnquest, was on the vessel as well but jumped off before the collision, ultimately surviving the crash.

The Turnquests were represented by attorney Murrio Ducille during the inquest.

"I feel like I’ve lost my son, my Christopher, all over again," Mrs Turnquest said yesterday. "I feel angry. The legal system has failed me and the defence force has gotten away with another ‘accidental’ murder.”

She claimed the investigation process “was botched from the beginning,” arguing the Central Detective Unit (CDU) of the Royal Bahamas Police Force (RBPF) "did not do a proper investigation." “The only evidence they were able to present in court was taking pictures,” she claimed. “Any five-year old with a cell phone could have taken pictures.  This incident happened in busy Nassau Harbour but the police did not come up with even one witness who had seen or heard it happen. They were given leads by family and friends, none of which they ever followed up.”

“Justice has not been served,” she insisted. “My son died at the hands of the government agency who is supposed to make the waterways safe. Instead of justice, he has been blamed for his own death, much like you blame a woman who wears a mini skirt for her rape. Both officers on the boat that night admit that they never even saw his small boat.  One of these officers was the look-out.  Why wasn’t he looking-out?  They claim that weather conditions were bad and visibility poor.”

The Turnquests believe defence force officers were speeding in the harbour.

“I feel like the verdict was decided before the trial ever began,” Mrs Turnquest said, questioning the jury selection process. “My family and I were mocked and each day in court there were jokes and laughter at our expense.”

“Even though it was purported that the jury made the final decision, in the end, they were told what decision to make," she claimed. "The judge gave them the impression that whatever the RBDF officers said was gospel. It was implied that because they all had the same story they were telling the truth. It was also implied that they were experts on maritime physics yet court records show that none of them claimed to know how to translate land speed into nautical miles. On the other hand, (the coroner) basically told them that the witnesses for Christopher were either biased or lying.”

Romona Farquharson-Seymour represented the RBDF officers in the matter. Last night she said after Mr Ducille invited jurors to conclude that manslaughter by negligence occurred, they rejected that with good reason.

"What could not be denied was the dinghy that the Turnquests were on, Christopher and his cousin Keno, it had no lights," she said. "In fact it was not even rigged for lights. It occurred the 2nd of October 2016, Hurricane Matthew was on its way, there was also another depression. They were out in the harbour, no lights, it was dark, cloudy, it was rough around 8pm to 11pm at night and they were frankly not seen.”

“Under cross examination he had to accept that the first statement he gave he said red, that red and green are very distinct colours and not ones you would mix up and so I put the suggestion to him that it was only after through talking to other people and finding out that 'listen if you saw a red light you were supposed to do certain things' that then his statements change," she said.

"The jury was privy to all of this and he accepted he gave the two different statements to the police."

Mrs Farquharshon-Seymour said she does not know if the Turnquests can successfully appeal the ruling. “As I summed up to the jury, often times when these tragedies occur, people want to blame someone. It’s just really unfortunate that the Turnquests from the facts it can be gleaned or said that they were the authors of their own demise and that’s the sad thing about it. Really they should not have been out there. I fear that where ever they go the evidence won’t change. The officers had no axe to grind. No one knew the family and these are hard-working men. In fact, they were in a rescue boat. They had just done a rescue mission.”