Out of tragedy, words of peace 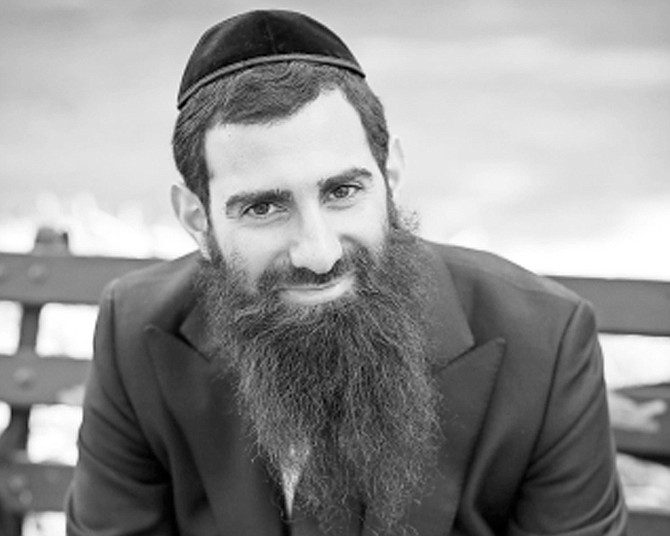 As the world continues to mourn the 11 people killed in a synagogue in Pittsburgh, Pennsylvania local Rabbi Sholom Bluming is trying to help Bahamians come to terms with the tragedy.

Rabbi Bluming first visited Nassau in 2008. He was so drawn to the country’s natural beauty and the spirituality of its residents that a few years later he and his new wife Sheera relocated here to help set up an organised Jewish community as the country’s first full-time Rabbi.

During his rabbinical internship, he served a year in Buenos Aires teaching and creating educational programming for the local schools and community.

“I came from a family of rabbis and I always felt that it was my calling to help people,” he said.

His wife Sheera was raised in Toronto and after graduating high school she spent a year studying in Jerusalem where she received a Teacher’s Diploma in Education. She spent another year in Israel teaching Jewish studies and then returned home to continue teaching and mentoring students in New York.

“I had visited here before and I was sitting home in Brooklyn in the cold and snow and just thought I need to be in the Bahamas,” said Rabbi Bluming.

“There is a growing community here particularly with many people moving here for work - there was a definite need to have something official where we could celebrate holidays and have classes for the children.”

For years the congregation had rented hotel rooms or met at various member’s homes but Rabbi Bluming knew having a dedicated space was extremely important to cementing the community’s faith.

“It was important that we had a space that was permanent, where we could have a sense of belonging and not feel like we were in someone else’s space. Hotels are lovely and welcoming, but a hotel is not your home.”

The Jewish community is small yet diverse in the Bahamas, but Rabbi Bluming noted Bahamians of all faiths have been warm and welcoming.

“That is the beauty of the Bahamas, there is a deep respect for spirituality and all religions. Religion is just an avenue to spirituality and Judaism doesn’t claim to be the only way. Our purpose is to build a family wide community,” he said.

The community has done its share to assist all Bahamians, by donating to natural disasters, helping school children and the needy.

They have also sought to educate Bahamians about Judaism.

Last year more than 2,400 people showed up for a talk with Holocaust survivor Eva Schloss, the half-sister of Anne Frank. The event was one of the largest gatherings ever held at the Melia resort,

Today while they able to celebrate the new synagogue here in the Bahamas and the ability to worship as a community, last Saturday was also a devastating reminder that hate and anti semitism still exists in the world.

Rabbi Bluming was leading his congregation in Sabbath worship last Saturday morning when Robert Gregory Bowers entered the Tree of Life Synagogue in Pittsburgh and opened fired. He killed 11 people and injured seven more including police officers who had responded to 911 calls. He was arrested and charged with 29 federal crimes and 36 state crimes. The shooting was the deadliest attack on the Jewish Community in the United States.

“Of course I am angry, a person goes into a synagogue and shoots people. I am very angry,” said Rabbi Bluming.

“It is very hard to understand and the reason that I think it has touched so many people is because your place of worship is supposed to be sacred. One of the victims was 97-years-old and the thought that you can live to be 97 years and go to pray, to tell God thanks for your life and you are killed is devastating.

“As an American it is hard as well knowing that America was built on the premise of religious freedom. And the thought that someone can go into a sacred place and harm people whom they have never met and who have never done anything to them is disturbing, I couldn’t believe it and it shocked me that we live in that kind of world where it could happen.”

However, he said that anger by itself is not the answer.

“There is a lot of anger in the world and it causes people to do horrible things but you have to realise that anger is not the answer, it does not get you anywhere. You have to use that anger for change on an individual basis by being kinder to each other,” he said.

He also noted that while there is darkness, there is also light.

“Pittsburgh is a city of steel and the people there are made of steel. This event will bring people together and you will see the good in humanity. This was an attack not just on Jews but people everywhere and people of all beliefs have been appalled by what has happened. There is always good and this week I assure you you will see many more people in synagogue and we will not allow the hate to win. The message in this is that we all have to stand up for intolerance and in justice,” he added.