Gabrielle Union and Dwyane Wade with their new baby girl.

Like most parents, actress Gabrielle Union and NBA star Dwyane Wade were delighted to introduce their new baby to the world.

The photos that were released via social media last week were just what you would imagine: the parents, cradling their precious bundle of joy - a little girl born via surrogacy - with a look of wonder on their elated faces. Gabrielle lay in a hospital bed, her hair wrapped up, with her husband looking on lovingly.

However, as soon as these images were published, the "mom shaming" started. People posed snarky questions as to why Gabrielle looked like she had given birth and why she was wearing a hospital gown.

"(Gabrielle) lying up in a hospital bed pretending that she did something", said one comment. While another criticised: "She round here looking all busted up like she just finished pushing out a baby."

No one took into account that she was in a hospital gown because skin-to-skin contact and bonding is important for newborns. The gist was clear: Gabrielle was somehow a "lesser mother".

However, for the 46-year-old actress, who has openly admitted to her struggles with getting pregnant, this little girl represents a dream come true.

In her memoir, "We're Going to Need More Wine", she notes that she has experienced "eight or nine miscarriages".

"For three years, my body has been a prisoner of trying to get pregnant -- I've either been about to go into an IVF cycle, in the middle of an IVF cycle or coming out of an IVF cycle...My failed IVF cycle felt like a pregnancy loss," she explained.

That feeling of failure and loss is something that former United States First Lady Michelle Obama can also relate to.

Last week, she revealed that she underwent IVF treatment to conceive the couple's two daughters, Sasha and Malia.

During her promotional tour for her new autobiography, "Becoming, Mrs Obama", she told the media: "We were trying to get pregnant and it wasn't going well. We had one pregnancy test come back positive, which caused us both to forget every worry and swoon with joy, but a couple of weeks later I had a miscarriage, which left me physically uncomfortable and cratered any optimism we felt...I felt like I failed because I didn't know how common miscarriages were because we don't talk about them. We sit in our own pain, thinking that somehow we're broken."

Tribune Woman spoke with two Bahamian women who struggled with their own reproductive challenges.

Tamika, a professional in the financial sector, suffered three miscarriages before she had her "rainbow baby", her son Kino.

"For years I just felt like less than a woman. All my friends were having babies, all my family was asking, 'When are you going to give this man a baby?' and I wanted to scream, because the Lord knows I was dying a little every time I got my period or every time the doctors told me, 'Oh, we're so sorry.' 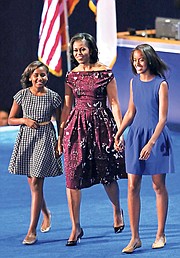 "And the sad thing about my pregnancy was that I was so scared I worried every single day that I would lose it. I didn't even tell anyone until I was about 17 weeks because I didn't want to have to go through the pain of letting someone else know that I had lost another one."

Meanwhile, beautician Crystal told Tribune Woman that along with the emotional trauma of failed pregnancies, there is the judgement from society to deal with. Especially bad is the shaming that comes from other women, she said.

"I remember my husband's ex-girlfriend told him, 'See, if you had married me I would have given you a child, but you chose to marry that barren woman'.

"That word, 'barren', hurts so much. It is a way of saying that you are just not worthy. That is the most insulting thing you can say to a woman. Because we all want to experience motherhood," she said.

Crystal said it's time society gets past this criticism of how women come to motherhood.

"Whether you get pregnant your first try, or you need some help like a fertility cleanse or pills or IVF, or a surrogate or even adoption, you should embrace your journey to becoming a mommy and celebrate it however you want, and everyone else should mind their business," she said.

Tamika added: "I saw the pictures of Gabrielle and Dwyane and all I saw is a beautiful family bonding, so she didn't deliver her, so what? She is that child's mother and she can pose anyway she wants to. She had a labour with all those miscarriages and that is her delivery day."