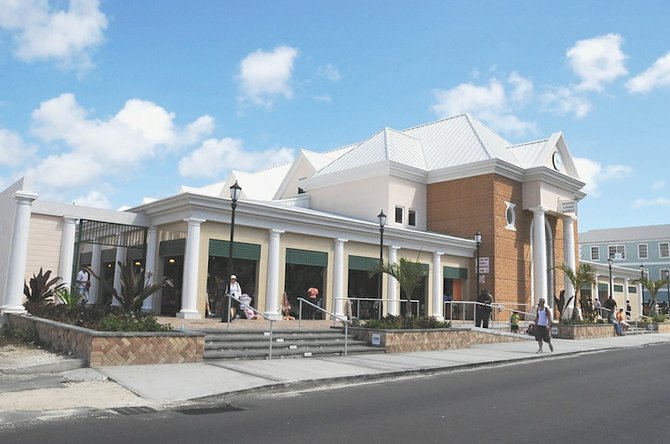 STRAW vendors are appealing to Prime Minister Dr Hubert Minnis and Works Minister Desmond Bannister to have the Straw Market Authority return all vendors’ goods which were disposed of last week in a dispute over unpaid rent.

The Straw Business Persons Society released a letter yesterday addressed to Dr Minnis, where it decried the “inhumane treatment” vendors face and accused the SMA of doing an “awful” job.

The letter asked the prime minister to speak to Kelly Ingraham, SMA chairman, about the dispute.

Last week vendors, including SBPS Vice-President Rebecca Small, told The Tribune that dumpsters arrived at the downtown Straw Market on the evening of November 6.

According to witnesses the SMA organised the dumpsters’ arrival to reportedly throw away goods from the stalls of delinquent vendors. The SBPS claims vendors did not receive “proper notice” of this action and that “due process” was not taken.

“This is a case of emergency and the matter at hand has escalated to an unacceptable level,” the letter noted. “We will not stay silent and allow the inhumane treatment of the straw vendors to continue.

“It is believed that those vendors did not receive proper notice of this action. Where is the legal basis for this action taken? If we are business owners in a landlord/tenant relationship, why wasn’t due process extended to the disenfranchised vendors? Some of the vendors literally had their only source of income taken from them by the government. I say the government because the Straw Market Authority is an agent doing business on behalf of the government.

“We say again to Ms Kelly Ingraham and her crew, we want to see the products returned to their rightful owners immediately. This is not a joke. People’s lives are at stake and their families are affected. How can people be so heartless? Where is the compassion for the vendors?

“They sit in their lofty offices and are paid every month-end without fail and they are doing such an awful job,” the letter added.

The SBPS also called for “better upkeep” of the Nassau Straw Market. The letter alleges tourists often “(express) their disbelief” at its state, as the building is “constantly dirty” and not well maintained. The group also claims the bathrooms often lack toilet tissue, hand soap, and hand towels. To bolster these claims, in the letter the SBPS also invited the public to visit the site to see its “filthy” state.

The letter also demands an audit be conducted on the financial affairs of the market and pleads for “proper marketing” to enhance sales.

“We seek clarity on the rights of the vendors as it relates to tenants’ rights,” the letter continues. “It seems like the straw vendors have no rights and are only subject to the taskmasters.

“From the time they came to office, the only things this administration is interested in is the victimisation of vendors and being an evil task master. But, we are calling on the prime minister and Mr Desmond Bannister to intervene and to assist in bringing correction.”

This letter is the latest in a series of complaints vendors have lobbied against the SMA over the past year, which culminated in a protest in Rawson Square in April.

SMA has not yet responded to the vendors’ claims about disposed items.

"....The group also claims the bathrooms often lack toilet tissue, hand soap, and hand towels." These people really got a lot of nerve. They won't pay their small amount of rent, but yet expect the government to provide all of the necessities. Only in the Bahamas!

Ma Comrades, no need spend millions dollars on outside auditors and survey agencies, when I can looks at ways straw market is run and lack maintenance maintained, how long expect before your lights go off, on and off emergency 911, pothole sises caves, left months burnout street lights and non functioning stoplights and the post office - along ways tourists horses and buggies function and does drop dead on streets from sun strokes and malnutrition whilst heavy loaded down from carrying body weights tourists - inability PeoplesPublicPurse to pay schools lunch vendors....... Collectively telling signs be used as a measurement how well or bad we government does function from day to day.

catislandboy some of them do pay their rent/. Toilet tissue, hand soap and hand towels are a necessity and not a luxury. do you, Banister and doc believe that as human beings they are worthy of these bare necessities.?? .