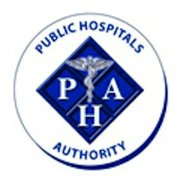 THE Public Hospitals Authority said it “regretted” the Consultant Physicians Staff Association’s decision to take industrial action yesterday. It added that a meeting has been proposed for some time between November 30 and December 7 on issues of contention.

The PHA further advised that measures were taken to limit the impact on services rendered at public institutions as a result of the withdrawal of services by the CPSA. All emergency services will continue and the PHA will endeavour to provide the highest level of patient care.

PHA’s response to the doctors came hours after the CPSA announced its members would take industrial action in several forms ranging from work to rule, go slow, withdrawal of services or even protesting. The CPSA was backed by the Bahamas Doctors Union for a total of 580 doctors who took action.

Weighing in on the standoff yesterday, Progressive Liberal Party leader Philip Davis said the doctors’ actions were “regrettable,” adding physicians should not have to take industrial to resolve labour issues.

He said the prime minister and minister of labour must act with haste to ensure the situation is restored to normalcy as soon as possible.

Meanwhile, PHA said it looked forward to continuing discussions with doctors. “The authority regrets the decision taken by the CPSA given that less than one week ago the PHA offered a third counter proposal on November 21, which the CPSA formally acknowledged receipt of on that same day,” the PHA said.

“Since discussions began with the Consultant Physicians Staff Association, agreement has been reached on several significant items, including leave benefits, a pathway to health insurance and the formation of joint committees to establish performance-based compensation models and medical malpractice insurance.

“The management of the PHA continues to believe that negotiations were continuing amicably, and looks forward to the continuation of this process. A meeting has been proposed for a date between November 30 and December 7; the PHA awaits confirmation of a date convenient to the CPSA.”

It continued: “The PHA maintains open lines of communications with the CPSA and encourages constructive dialogue with respect to their grievances. It is our hope that discussions will continue in good faith as we seek to fulfil our mandate of delivering quality healthcare to the Bahamian people.”

A press release issued previously explained that several services were cancelled. “The public is further advised that services at all out-patient specialty clinics, inclusive of medical, surgical, dental, ENT (ear, nose and throat), eye clinic and family medicine clinics have been reduced until further notice. Persons holding appointments for clinics are asked to contact the respective clinics to reschedule appointments.

“Elective surgeries have been cancelled until further notice, only emergency cases will be performed at this time. All dialysis and chemotherapy treatments will continue to be carried out as usual.

“The public is reminded that only emergency cases should present to the PMH for care.” For more information on emergency cases, people should contact the A&E hotline on 326-7014.

DOCTORS FIGHT IS WID DA GUBBERMINT.....NOT DA CITIZENS....WHY TAKE OUT DERE FRUSTRATIONS WID THE CITIZENS...BAHAMIAN PUBLIC....AN MUCH WORSER OFF SICK HELPLESS BAHAMIANS PUBLIC.....Specially when the pore Bahamian citizens an public an sick aint gat nuttin to do wid dis GRIEVANCES... an who are the majority of the country who getting taxed VAT since 7 1/2 % VAT.........less those gubbermint employees the ones ....causing the continued problems an paying lesser combined VAT.... for the Dpctors PAYCHECKS....THIS CONTINUATION OF THE DOCTORS GRIEVANCES NEEDS TO SIMPLY HAS THOSE RESPONSIBLE FOR THE DOCTORS PROBLEMS FIRED....There must be written correspondence...memos...emails...records.....files....on gubbermint workers desks who are responsible....!!!!....investigate and fire the guilty..!!!!!!! ...

the people don't know we know who you all are and ya can line up and leave now.... don't worry about ya tings they were actually the gubmints and not yours bloddy tiefs!!!