Boy On Holiday Bitten By Shark 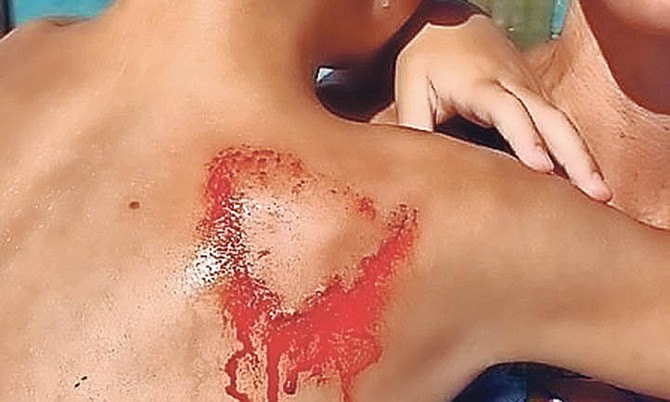 Asher Jones was bitten by a nurse shark off the Exuma Cays. 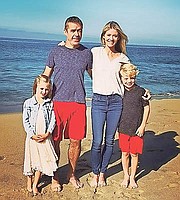 AN American boy thought he was going to die after he was bitten by a nurse shark off the Exuma Cays.

Eight-year-old Asher Jones, of Utah, was swimming with nursing sharks when one bit his back. Luckily, Jeremy Jones, the boy’s father, was able to remove the shark off his son’s body.

Asher said: “It was horrifying. At first I thought it was my dad pretending, but then I was like ‘no, my dad would not try to hurt me’ because it was digging into my freaking flesh.

“It was the most scary thing in my entire life.”

Fortunately, a few medics were present and cleaned his wounds and assured him we would not need stitches.

Christine Jones, Asher’s mother, said she heard her son scream as the shark gripped her son’s back.

Mrs Jones said: “...Not just any scream; the kind of scream that makes a mum’s world go into slow motion.

“Just thinking about his scream makes me feel sick and makes my heart rate go up.

“My husband, Jeremy, not only heard Asher scream, but saw the shark go after him and quickly sprung into action, grabbing the shark.”

Mrs Jones said this could of been a recipe for disaster and serious injury. She was told the sharks were not aggressive, that they were social and beach goers could pet the top of their heads and backs.

“We were told they may suck on you and to keep the children’s hands out of the water.”

A video still of the incident.

She continued: “I understand that nurse sharks are wild animals and that wild animal interactions are difficult to predict.

“However, after doing some research about nurse sharks and the risks of interaction, I would not now allow my children to get into the water and interact the way they did, especially with chum being thrown in.”

Despite Asher having a few recurring nightmares about the occurrence his mother said he quickly overcame his shock and would happily swim with sharks again.

“Once he realised he was okay, he was really amazing,” Mrs Jones. “He experienced many intense emotions in a short amount of time.

“He started with sheer terror…he literally thought he was going to die – to extreme joy in realising he was okay and had the best story ever to tell.

“I watched Asher stand a little taller that day.”