‘Political threats forced me to quit’ 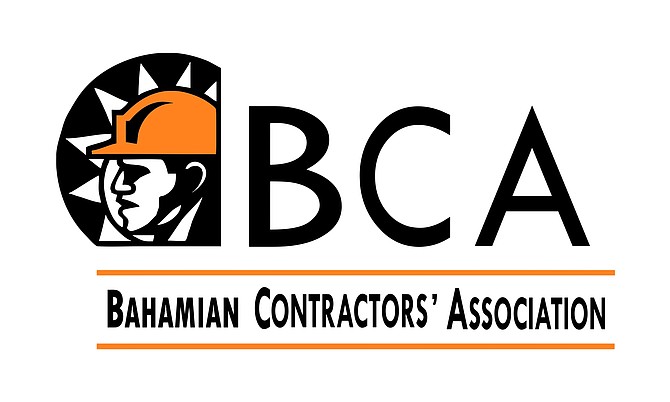 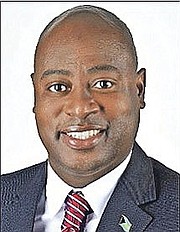 ‘Political threats forced me to quit’

Leonard Sands told Tribune Business that the BCA’s executive board members were last week warned that the organisation faced “dire repercussions”, and exclusion from efforts to improve and regulate the industry, unless he stepped down by noon yesterday.

Mr Sands alleged that the threats, and demands for his resignation, came from Omar Archer, recently appointed as Contractors Registrar.

Minister of Works Desmond Bannister said he was “dumbfounded” by the allegations. Mr Archer also denied the claims of interference, saying he had no influence over the BCA’s internal workings.

the revolution eats its own children.

You can't share up a loaf of bread when ya only gats da crumbs what leave.

Omar????? But Omar is insane. Who the hell put that lunatic in charge of contractors?????

The appointment of Omar as Registrar give a clear indication on what this government think of contractors. They are not serious about regulating this industry much less setting it on a course to world class standards.

The lunatic in charge of the country - and to shut him up is my guess.

Anyone noticing that this is the second resignation from the FNM party (Mr. Sands also resigned from the FNM), the BEC Chairman having resigned a few weeks ago and if you're paying attention, both matters are linked to Desmond Edwards..... anyone notice a trend here?

Leading up 10 May 2017 they had set on course eliminate the governing politicians. They assume power and right after swearing-in atop Mount Fitzwillaim in which certain appointee as crown minister was a 'no show' - they went about arresting and charging certain singled out comrade members former governing guard. Now, they've turned their focus at destroying comrade members they own who dared asks questions. Next go is they done prepping head one they own slide under apparatus of guillotine is red shirts MP out Grand Bahamaland - for daring ask questions why so many from water and sewage had be flown on PeoplesPublicPurse across the English pond attend some kinds water conference? { No making actions Imperial red shirts up }.

Appointing Omar is an indictment on the FNM

Comrade Archer claimed yesterday (July 7, 2018 that he has been offered a high ranking job at the Bahamaland Agricultural & Industrial Corporation - expects to be made either director of security or director of facilities, though he has not officially' ascended' to either position.

Those jobs were open to anybody. . .he applied and did not make the cut. . .what you expect. . .THE PLP EEN RUNNIN THINGS NOMO CHILE. . .WE EEN GEEIN YA NUTTIN FER BEIN A CRONIE". . .earn ya way. . .slack PLP thinking you!!

As usual. . .foolish rush to judgments! Yinna een know if that construction man is telling lies or not. . .yet condemnations flying all over the place as if he is telling truth!!! What a weak set of small minded reasoning skills. . .or should I say closed minded political thinking!!

Reading up to this point no ones mentioned a word about sands, everybody wondering how Minnis who "hates the very thought of corruption", allowed a crazy unqualified, disruptive man to be appointed over a group of professionals.

"“The political party of which I was once a candidate believed in freedom of speech, and the right of individuals to express their views even if those views are opposing to the powers that be,” he wrote.

“However, today I find myself with no other option but to also tender my resignation from the Free National Movement with immediate effect."

Simultaneous with the resignation of Mr. Leonard Sands, I - the great and brilliant Mad Hatter - also tender my resignation from this and all forums.

Discussion is getting us nowhere. There are no resulting marches on Bay Street, no purchasing boycotts, no boycotts or protests of any kind. People are either not upset about losing their currency and their country or they simply do not care.

I am reminded of the label on the cream can; "From Contented Cows". That seems to be what most Bahamians are today - contented cows. If you are content with the way things are today, there is no need to shut down Bay Street. Don't worry, be happy. Thank God for life.

the FNM is going through a metamorphosis, which was put on hold between their convention and the election. I do not think we will see butterflies in the end.

the work climate is such that, either do what you are told, or you will be fired or moved. often, the threat is delivered by a minion which apparently has no place in the chain of command.

i am familiar with an organization which is missing several department heads. as they are fired, or moved, or demoted , no one remaining accepts the posts.

Or maybe they can see the nonsense told to them by persons who they can see are lying or talking pure political crap! The contented cows are you political wigs. . .sucking at yinna political tits and loving it. . .then get pissed off when yinna "blaw" yinna party bull and we see through it. Hahahahahahaha!!

I refuse to apply for a permit. If I need a permit to speak, then I be quiet.

Comrades rank and file Reds Party does need talk it way it is.
Minnis and KP were ready using other peoples money mount campaign and political savvy win general election 10 May, 2017 to become PM and Finance Minister - but how dare you now question us two Imperials. Things can only further deteriorate as more the once considered credible political savvy and access money red shirts get targeted placement on Minnis's and KP's isolated from power list 'Imperials have grown unpleased you rejects'. { Be easy think this is all made up, right? }.

@Madhatter.....the permit is to be marching....parading....etcetc....ya speaking here as much thanks to Free Speech....As fer looking fer a better country.....as for people marches on Bay St ?.boycotts?........?....even the politicians looking to make it so.....no matter which side....thats there jobs

Bogart, you sound like a contented cow yourself. Good on ya brother. Stay contented. Stay cool. Jamaica dollar takes 136 to make one $US - and i hear everything down there is irie - so what we gats to worry bout? Dey gals is come here to sell bread. Our gals could sell special blend in Miami.

Ya chirren school wasnt open in time for Sept? Thank God for life !!! Education ain't ga get you no job no how.

Politicians become bullies by way of assuming personal power vs. constitutional authority. Former activists once converted/compromised are some of the worst, historically. All have practiced political persecution, all aught to be prosecuted. Perhaps one day, but history will not be kind to most of them. Their legacies will become dirt, as will they themselves.

MAN I REALLY DID NOT THINK ABOUT THAT!! But you are right. . .check everyone of our "loud mouthed" advocates of the past. . . they seem to be the biggest oppressors of personal and social rights once they get into government!! There are many of them to numerous to itemize here. . .but for time sake. . .LOP. . .threw the mace out of HOA then went on to run the most corrupt political organization. . .one that devastated the Bahamas and fill up the pockets of his friends, family and lovers like the UBP could not do even if they woke up two days before sunday!!

Mr. Russell you speak on every issue why don't you run for a political office because you seems to have an answer for all !!!!

This is the same mode of operation by Bannister. Two high level professionals have resigned from the FNM..Mr Sands and Mrs Osborne. Both noting political interference by Bannister. I heard Bannister note that Mr Archer has 15 years of experience...suuurreeee he does...just like Rollins at BPL right?? This is just sickening and Minnis does not step in!!!

Hahahahahahahahahaha. . . can't get yinna lil grubby hands in the cookie jar no more aye?? Them two peoples are big jokes and you know it. The time for the people and the nation. . .yinna lil political parasites need to get "throw over board". . .what yall think it is? Put ya hands in that cookie jar and ya azz gone over board. . .whole sale!!

I think we will soon start seeing the true Minnis: A man that rules like China using deep secrecy and puppet strings. I expect to see many more resignations in the FNM party.

If comrades Minnis, KP, Desmond and Frankie are be considered be the brightest four the 35 red MP bulbs on the Christmas tree - whats that speaks kilowatts dumbness the remaining 31 red bulbs must be extracting BPL keeps red shirts tree all governing lighted up?

Contented cows. cow jokes.... Why was da cow afraid? HE was a cow ard!!! What do you call a cow jumping over thorny bushes....udder failure..

What a bunch of primary school yard nonsense. . . YALL SPOILED POLITICAL CRONIES WILL NEVER AGREE WITH ANYTHING OR ANYONE WHO PUT A FULL STOP TO YINNA SPOILING THE NATION. I have one for ya there. . . "what ya call a cow who stopped allowing any old mangy mute from sucking milk from the udder owned by the people". . .THE FNM GOVERNMENT UNDER DOC. MINNIS!! Hahahahahahahaha!

Well folks. . .I reading the news paper now and the contractors board says they do not know what Mr. Sands is talking about. . .they don't even know why he resigned!!!

The Mad One has caused quite a little stir. It is easy to understand why one feels like throwing in the towel when one sees things continuing on a downward spiral. This is a perfect time for a VIABLE alternative political party to revive and come to the fore, or present itself to the public if newly formed, before it is truly too late for The Bahamas.

Actually thought da Mad One was part of the DNA wanting to do the Bay St ting......