Insight: Climate Change Is Coming And We Have To Prepare - Now 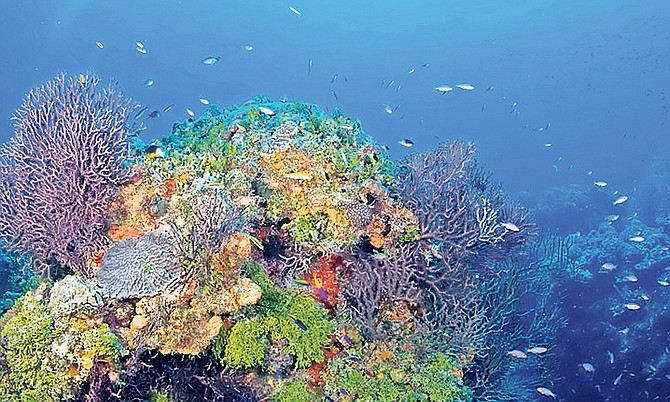 The beautiful coral around The Bahamas. 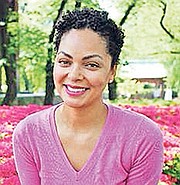 A STARTLING new report says harmful effects of climate change will be experienced at a lower temperature than previously anticipated, all while the world runs out of time to do something about it.

The United Nations Intergovernmental Panel on Climate Change released its landmark report on the impact of global warming at 1.5°C earlier this month, sending shock waves with its conclusion that an unprecedented human effort is required to keep temperature increases at a maximum of 1.5°C this century, beyond which countries like The Bahamas will face existential threats.

The report said the world has until 2030 to limit global warming to 1.5°C. It raises the spectre that severe consequences of climate change will be felt in the lifetime of most living Bahamians.

“The report is incredibly eye opening for countries like The Bahamas,” Bahamian geographer Dr Adelle Thomas, one of the report’s lead authors, told The Tribune.

“We have already had about 1°C of warming and that is directly related to the influence of humans. What the report says is that impacts will increase as we get 1.5°C and at 2°C they get even further. What’s sort of alarming is it’s not a linear increase. As we move up temperatures there are things such as tipping points. For sea rise in particular, as we continue to increase you have more and more sea level rise until it gets to the point where you can have multi-metre sea level rise which would be absolutely devastating for small islands like The Bahamas which have low elevation.”

Dr Thomas is a visiting professor at the University of the Bahamas who works with Climate Analytics, a Germany-based non-profit climate science and policy institute with a global footprint.

Experts believe that based on current global commitments to reduce greenhouse gas emissions, the world is headed this century to a temperature increase of as much as 3°C above pre-industrial levels––an ocean away from the 1.5°C maximum needed to prevent catastrophic consequences.

The IPCC report has made headlines around the world. It sprung from the advocacy of small island states which, as part of the 2015 Paris Agreement, successfully negotiated for a major scientific assessment of the impact a 1.5°C increase above pre-industrial levels will have on the world.

“Small islands have been advocating for a global average temperature limit of 1.5°C for the last 20 years,” Dr Thomas said, “but there has been pushback from developed countries saying there is no big difference between 1.5°C and warmer temperatures like 2°C.

“The report shows that there is robust scientific literature that at 1.5°C there will be significant impacts for small island states, at 2°C we’re looking at existential threats to SIS (small island states), so threatening the very existence of small islands. We’ve seen impacts of climate change all around the world but of course small islands like The Bahamas are disproportionately affected. We’ve been seeing declines in our coral reef, we have sea level rise which means coastal erosion. Of course we’re seeing the more intense hurricanes and all of these are very significant for small islands like The Bahamas.”

The differences between the impact of a temperature increase of 1.5°C and 2°C are stark. At 2°C, 50 percent more people could be exposed to water stress than at 1.5°C; heatwaves in the tropics would last for three months at 2°C warming and for two months at 1.5°C; insects would become twice as likely to lose half their habitats at the higher temperature; 99 percent of coral reefs would be destroyed at 2°C, with 70-90 percent destroyed at 1.5°C; while famine and disease would worsen appreciably at 2°C compared with 1.5°C.

To stay at or below 1.5°C, greenhouse gas emissions must be cut 45 percent below 2010 levels by 2030 and reach net zero by 2050. For countries responsible for the emissions, that would require, among other things, politically unpopular policies like significant carbon taxes.

Despite the challenge, Dr Thomas said the report shows it is possible to limit temperatures to 1.5°C.

“It shows that there has to be transformational change,” she said. “What he report means for a country like The Bahamas where we are so dependent on our marine costal resources is that it affects all areas of life. Changes to the ocean such as increased acidity, warmer temperatures, this means we lose our coral reefs for example. Coral reefs just by themselves are important because it’s important for our fishing industry, it’s important for our tourism industry. The coral reefs help to break the wave coming on to shore, which is important not just during hurricanes but in general when we have high tides and so just the lost of coral reefs alone has widespread impact for our environment and our economy and people with different livelihood which are dependent on it, which includes fishermen.”

The 2005 National Policy for the Adaptation to Climate Change acknowledged an earlier IPCC report on climate change and listed a litany of proactive mitigation measures. Policymakers have hardly talked about the policy since.

Asked how The Bahamas could decrease its vulnerability to climate change, Dr Thomas reached for a contemporary example.

“I think we also need to learn from our past experiences such as in Freeport where if we look at large scale developments and then you have a big hurricane come through, and that development closes down, then you have a whole island that goes into economic decline. And if we are expecting these more intense hurricanes and other environmental damage due to climate change, then that may impact these developments that we put on these islands so we are really setting them up to fail economically when an extreme event happens and that development decides to leave.”

Small island states like The Bahamas will be negotiating for greater international action to reduce greenhouse gas emissions, she said.

We reap what we sow.

We all can do something to help stop to global warming. It is mostly due to the people in power, those who make bad calls on the environment, people like Minnis-Mouse and that douch-bag Trump, those with the power and knowledge of the consequences of their actions, they will be the ones cursed long after their death.

Soon enough Bahamians will be refugees, trying to get into the mountains in Cuba, Haiti and Jamaica. That's if humans are lucky enough to survive their idiotic choices.