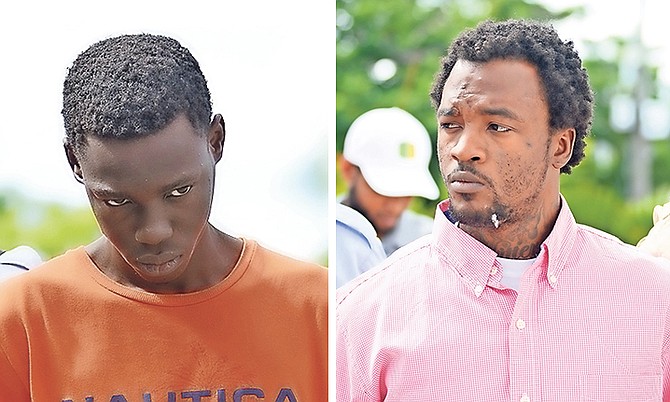 A 20-year-old man was charged yesterday with killing a man last week who had himself been recently acquitted of murder.

Ivans Dodo, of Meadow Street, is accused of murdering Jamal McSweeney on October 21, just months after McSweeney had been acquitted of the December 8, 2017, shooting death of Javan Forbes.

Dodo, when arraigned before Chief Magistrate Joyann Ferguson-Pratt yesterday, was also charged with attempting to murder Kevin Sanchez on the same date.

Concerning the more recent crime, police reported that shortly before 10pm on the date in question, two men had just arrived at a residence on Dorsett Alley off West Street when they were approached by a man armed with a firearm who shot them before running away.

Paramedics were called to the scene to assist the victims, one of whom died at the scene. The second victim was taken to hospital and was listed in serious condition at last reports.

McSweeney, along with fellow Dorsett Alley resident Jamaric Green, were both unanimously acquitted of Forbes' murder by a Supreme Court jury earlier this year.

Forbes was found inside a white Honda parked on the western side of a street off Farrington Road, suffering from several gunshot wounds. He was pronounced dead at the scene.

Two males, previously said to have been McSweeney and Green, had allegedly pulled up on Forbes in a Japanese-style vehicle, after which one of them emerged with a firearm and opened fire.

However, Craig Nichols, a store clerk at the nearby 3T's Convenience store, said during the trial that while he saw when the car pulled up, and later heard about five to six gunshots and saw "sparks" in the area between the cars, he did not see who the shooter/shooters were, because he ducked down upon hearing the gunshots.

Dodo was not required to enter a plea to the charge yesterday and the matter was adjourned to December 19 for service of a voluntary bill of indictment (VBI). He was remanded to the Bahamas Department of Correctional Services in the interim.

Dodo, who was not represented by an attorney, has the right to apply to the Supreme Court for bail before his next court appearance.

However, the Parker Street resident told the chief magistrate he was in custody at the Central Detective Unit at the time the incident occurred.

According to initial reports from police, shortly after 7pm on the date in question, two men were sitting on a truck on Parker Street off Polhemus Street, when they were approached by a gunman, who shot them before escaping.

Paramedics were called to the scene to assist the victims, but one of them died at the scene. The other man was taken to hospital and was said to be in serious, but stable condition, at last report.

Whymms was not required to enter a plea to the charges. His case was also adjourned to December 19 for service of a Voluntary Bill of Indictment. He was remanded to the BDCS until that time.

He too has a right to apply to the Supreme Court for bail.