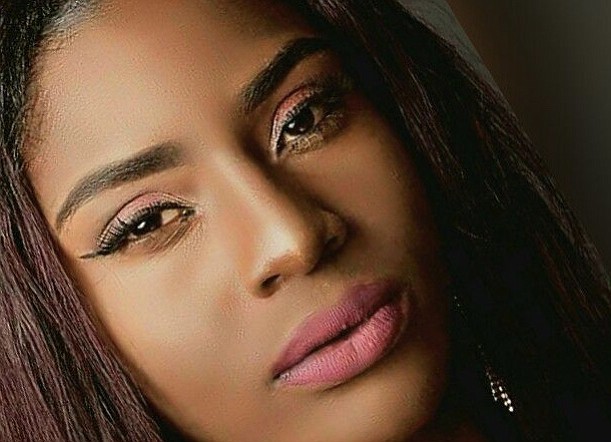 A GRAND Bahama beauty queen had to relinquish her title after a social media post caused a stir online and offended Bahamians.

Evena Gibson was ensnared in controversy after she posted a photo to Instragram with the caption, “Ha ha not a Bahamian sorry . . . too gorgeous to be, big uppp my Zoes (sic),” a reference to her Haitian heritage. The caption also had emojis of Haitian flags.

Condemnation on social media was swift with many calling for Ms Gibson, 17, to be stripped of her title.

One person wrote on Facebook: “So the woman who will be representing The Bahamas all over the world and is supposed to be an ambassador for our country doesn’t even claim The Bahamas? How does that work?”

The teen later apologised for the remarks.

Yesterday, however, The Miss Grand Beauty Pageant Organisation released a statement on the controversy, announcing Ms Gibson no longer held her title.

“The reigning Miss Grand Bahama 2018 has relinquished the crown. It is important to uphold the integrity of the organisation which has been in existence for the past 30 years. We have become a diverse country, but in order to be a part of our pageant one must be a Bahamian citizen and proud of this country that has become a melting pot of a multitude of cultures.

“Our queens are some of the most distinguished ambassadors of our country, who have put country, pride and community first. This has been a very unfortunate situation that we hope will never be repeated.”

Finally, a tiny piece of justice for Bahamians. However, it won't be of much value after we lose our entire country to the invading army.

I commend the committee for definitively addressing this issue!

If you look her up on youtube, here is her description:

Born to a family of Bahamanian and Haitian heritage, she spent her youth in Fort Lauderdale, Florida and Nassau, Bahamas.

I hope the immigration officers and passport office put a little note on their file about this so the next time she tries to fly back home or renew her passport she is treated like a non-bahamian who is pretending to be a Bahamian. Bitch!!

ohdrap4 - when our country breaks down into civil war and we have the Northern Bahama Islands of Nassau, Abaco, FPO, Andros, and Eleuthera (under Haitian rule) and the other islands will be the Southern Bahama Islands - will you then comment saying "So what. In 2011 Sudan in Africa split into North Sudan and South Sudan." ?

you all make me laugh, arguing over beauty queens, yet when someone did propose independence for abaco on july 16, there were only three comments.

I still stand by this hypocrisy as an American has been Miss Bahamas, but a haitian bahamian could not be.

Mind you she was called Pierre, hardly an anglo name.

There is nothing wrong with a Haitian Bahamian representing the Bahamas as a beauty queen. But what we cannot have is a Haitian Bahamian beauty queen travelling around the world telling people that's she's not really Bahamian, she's proud not to be a Bahamian and she suckered the Bahamas. The not thing wrong with this story is that she resigned. The organization should have taken the crown the minute they got wind of the post. No long explanation needed

Perhaps the Beauty committees for these beauty pageants will begin to screen participants for proof of generation Bahamian status before having a beauty contestant misrepresent the Bahamas in the World of Beauty. This situation was rectified very quickly. When a government of the Bahamas is elected and form with people like this young person in the future, it will be a sad day for the Bahamas and TRUE GENERATION BAHAMIANS and not easily rectified.

You unmercifully comrades wanting eat one own. Is it not enough Beauty Queen Evena stripped her title.... she's like 17 and just maturing and since when has it become capital offence be displaying Haitian flag... when's last time some you proudly displayed we Bahamaland Flag,represent anything positive?

I think that the commuter was a little too slow in responding. It was only after the story would not die and Bahamians were still expressing outrage on social media into the wee hours of Tuesday morning that they finally announced ‘she’ relinquished the crown on Wednesday afternoon and the statement clearly insinuates lthat she gave it up and they did not think enough of the controversy to strip her of it.

Yeah we get that the Bahamas is a melting pot - thanks to a Government that continues to pander to illegals and regularize their offspring - with the result being exactly what you’re reading here. Most are not loyal and continue to swear allegiance to a country they have no intention of ever setting foot in all while taking advantage of our health and educational systems to spit back in our face with it as soon as they get anywhere in this country.

Let this be a lesson to all ‘mixed’ Bahamians and foreigners. Bahamians do not take kindly to any threat to our sovereignty. As much as we do not come together for much else, we will come for you.

Don’t come for us unless we send for you!!

Apology accepted because she is young and misguided; however, I am happy that the Miss Bahamas Organization made the right decision. If you are not PROUD to be a Bahamian, you have no business representing us. I am sure that there are many people in similar situations to her who regard themselves as Bahamians and are grateful to this nation They would happily show their patriotism!

She should be deported back to her beloved country, HA, HA, take that you traitor, now she can enter Miss Zoes, and see where that will get her, typical migrants they come in use us up, as a springboard to get what they can, and when they achieve through us they turn their noses up at us, ungrateful suckers all a dem

You have to wonder who pushed her to this.

Many are born here of a Bahamian parent and always treated differently by many others who because both parents are Bahamian call the other a foreigner or a Haitian, even though they are not.

She is young, and though she should resign, let this be a lesson to her that bigotry and ignorance is just that, and to ignore it..

It's a lesson to her that you can only govern your own actions. You have no power over the consequences from your actions. I was completely baffled when she said someone put her up to it, who could be that dumb? What did she expect?

Fred Smith will represent her in court for her crown hehehe

At seventeen she is quite able to articulate her views, which she did, and embrace whatever praise or criticism result. We now know where allegiance lie.

The weird thing is she is pretty, and I'm sure it has nothing to do with her being Haitian or Bahamian, it's just genetics. What could she have done with that?? She could have used her platform to improve Haitian Bahamian relations or something such. What a waste

This girl is a typical Haitian parasite, riding Bahamians like donkeys! No doubt she was encouraged and egged on by others like her to dis Bahamians and the Bahamas and to publically express her allegiance to Haiti "after" winning the crown.

Pindling, Ingraham, and Christie are 100% responsible for facilitating these dam Haitian parasites invading our country.

Why the hell are these people being given citizenship in the Bahamas when they have unquestionably proven to have absolutely no loyalty to the Bahamas? What are we doing? And what do we expect the future to hold for our children when they are faced with this "invisible enemy within"?

He Spotty, "e dam Haitian parasites invading our country. ", you sound just like them European bigots that object to the million or so Caribbean descent nationals living in those countries. Bigotry knows no country boundaries.

The Miss Grand Beauty Pageant Organisation did not make the right decision. The Bahamian people made the right decision in standing up against this illegal take-over! We must continue to take these stands in order to correct the mess our governments have placed our people and our country in ! ATTEnTion!

The dilemna is not entirely the young lady's fault...... The Bahamian authorities make it mandatory for all children in the Bshamas...and schools cannot question their status or parents status or deny them access to schools.......one cannot entirely blame the economic Haitian migrants from hopping in a boat with children or borning then to get a anchor baby......Many of these children grow up with little in the sheltered shantytowms...where police immigration.seldom go...few Bahamian employers are ever caught employing illegals paying below or slave wages.....build houes where Bahamian authoroties ard paid to examine but dont.... Living in close knit communities create intense bonds...until they get an an automatic passport as it seems none are denied... Bahamian taxes...the biggest part of the govt budget goes to pay for free schooling to all children regardless of status..... When the govt itself.....by its actions or inactions....promotes free schooling to all....... creates these groupings noone should be surprised at their alliegemces to Haiti....ya just reaping what ya govt sowed........people can mash ya gums as much as ya wants...given a realistic trajectory thd recolonization of the Bahamas seems a foregone conclusion....say 10 to 15 years and with nation of Haiti 12 million strong .......but ya needs to talk to ya MP...... (fingers crossed...hopes no hurricane hits the shanties.)

Some you comrades - razor sharpened tongues - does set bad examples for your own children and grandchild's. I guess Jesus wasted he time when he stooped down and wrote on the ground.

My issue is if you are going to wear a title such as Ms. Grand Bahama with the intent to represent this country then you should be proud of the country you represent.

Nothing is wrong with being of Haitian descent, the issue is displaying contempt for the very country you are seeking to represent. To me that's the big problem.

If she is so proud to be Haitian and wants to display contempt for the Bahamas, then feel free to leave and go represent Haiti- simple.

My question is who was responsible for the pageants vetting process, let this be a lesson to them. They need to properly vet these females and in this day of social media, checking social media pages should be part of the process. After all you will be representing a country should you win.

/glad she realized her error and resigned.

THERE WAS NO ERROR. She displayed her allegiance as well as her contempt. Do well Ms. Gibson in Zoeland. I would, as a consumer, treat any organization with contempt that employs you in The Bahamas.

Stupid is as stupid does. She out smarted her stupid self !

@geostorm, please be advised that this controversy does not involve the Miss Bahamas Organization (MBO). The Miss Grand Bahama pageant is not affiliated with our organization.

I just took a good look at her picture, did she wash her face BEFORE she put make up on?