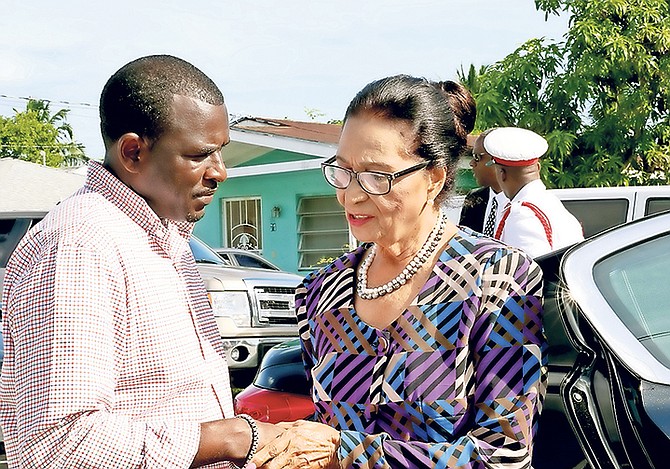 GOVERNOR General Dame Marguerite Pindling paid respects to the family of late Aide-de-Camp to the Governor General, Police Inspector Carlis Blatch at their home in Yellow Elder on Sunday.

The widely-respected aide-de-camp was shot in front of his daughter during a school pick-up last Wednesday and later died in the Princess Margaret Hospital from his injuries.

Inspector Blatch was immediately remembered for his professionalism and decency, with the Office of the Governor General noting he was someone who served with distinction.

Former Governor General Sir Arthur Foulkes called him "a gentleman to the fingertips".

Photos show the Governor General visiting with the family and presenting flowers to them.