Higgs Speaks Out - And Pledges Legal Moves - After Name Cleared 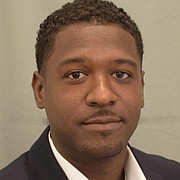 On March 25, 2019, the Court of Arbitration for Sport (CAS), an independent institution based in Lausanne, Switzerland, to resolve legal disputes in the field of sport, set aside the Bahamas Football Association’s (BFA) four-year ban of Jared Higgs and upheld the formal appeal made by Higgs in Switzerland along with his attorney, Vincent Wallace Whitfield.

The CAS decision also instructed the BFA to pay all costs associated with the proceedings including a payment of 5,000 Swiss Francs (about $5,000) to Jared Higgs.

In January 2018, the BFA levied a four year ban on Jared Higgs claiming that he was in contravention of FIFA and WADA (World Anti-Doping Agency) anti-doping rules. This ban, the BFA said, was warranted on the basis of Higgs’s failure to show up for a “medical test”.

Completely overturning the BFA’s decision, the CAS ruling stipulated “that the Player should not have been sanctioned under the FIFA ADR or the WADC” as the “medical test” was not for anti-doping purposes nor could the original purpose of the “medical test” for educational and/or medical reasons be substituted at a later point in time to become an anti-doping rules violation.

CAS ruled that it must be clear from the outset for the subject of the test, for what purpose the test is being conducted and what rules shall apply to it, which the BFA and its “judicial” organs had consistently failed to do during the disciplinary and appeal processes in The Bahamas.

It is also noteworthy that the BFA insisted, at greater cost, that the matter be heard by three arbitrators, instead of one.

Mr Higgs’ previous attempts to appeal the decision locally with the BFA were futile and resulted in the BFA posting an article on its website under the heading “Jared Higgs receives a four-year ban” along with hashtags including “say no to drugs”.

According to Higgs, the BFA’s clear attempts to slander and defame his name will be pursued through legal channels in The Bahamas, in addition to other complaints through FIFA’s Code of Conduct and Ethics divisions where the unethical and unprofessional actions of the BFA will be highlighted.

Mr Higgs stated, “It is clearly evident that a change in leadership at the BFA is warranted to ensure that other players are not discriminated against in this way and to further the growth of the sport.

“The association’s president, Anton Sealey, has had more than 20 years to grow the sport. Today we are ranked bottom in FIFA’s world rankings. That speaks for itself.”

He went on to say it is interesting to note that the BFA receives over $1m a year from FIFA, however, there is very little to show for it in facilities or personnel in a country that has produced Olympians in many sports.

Few Bahamians have played football professionally, and the country’s national team program is without the guidance of a qualified professional.

“Most of the 209 national Football Associations that make up FIFA, world football’s governing body, publish little or no information on what they do and how they spend their money despite the fact that they received more than $1m each from FIFA...”