Teacher Negotiations To Begin This Month 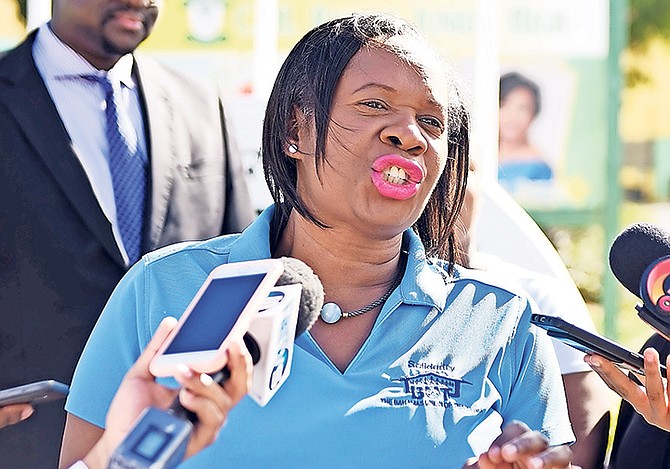 Bahamas Union of Teachers is expected to begin negotiations over a new industrial agreement with the Ministry of Education in two weeks, according to BUT president Belinda Wilson.

After what seemed to be a lengthy delay, the union received a counter proposal from the ministry last week, Mrs Wilson told The Tribune. Negotiations in this regard will begin April 25.

Mrs Wilson said yesterday the counter proposal did not deviate much from the proposal submitted by the BUT.

She said teachers across the country are anxiously awaiting the start of the discussions and hoping for a favourable outcome.

If the negotiations do start on April 25, it would mark nearly one year since the BUT presented its version of a new agreement to the ministry.

He made the comment as the union prepared to present the government with a letter demanding a response within seven days.

In January, The Tribune reported that the union’s proposed industrial agreement featured a 20 percent pay increase over three years among other demands.

Teachers, Mrs Wilson insisted at the time, deserved this raise as they serve in a profession that requires a bachelor’s degree prior to permanent employment at the entry level.

The union leader said a higher cost of living is another reason why teachers needed a raise.

Back then, Mr Lloyd also said the ministry was working on a counter-proposal.

However, he said, BUT’s demands had to be contextualised with the requests of other unions, adding that for too long issues like these have been one-sided.

He said the country needed to move to a point where accountability is also factored into union negotiations. Nonetheless, he said, the raise could only be considered as far as the country’s finances allowed.

The PSC pay scales has teachers on lower rung of the totem pole than other "professions".