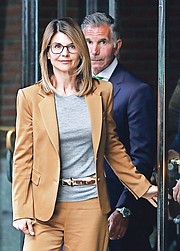 In March, when the story broke revealing some 50 people had been indicted in the US for what was labelled a “racketeering scheme” involving Hollywood hotshots, hotheads and CEOs paying up to $500,000 to have test scores altered so their children could get into good colleges, shockwaves radiated from coast to coast.

Why was anyone surprised? Money talks, always has, always will. When extra cash meets available corruption, the result is not shocking but predictable. The story grabbed headlines and continued to dominate the news not because of its moral implications - which would have been reason enough for inquiring minds - but because of its juiciness.

The faces were familiar. You stared at them across a TV screen and they spoke to you in your living room while you were in pjs. You saw the likes of “Fuller House” star Lori Loughlin and her husband Mossimo Gianulli indicted for paying $500,000 for daughters Olivia Jade and Isabella “Bella” Rose get into the prestigious University of Southern California as crew on a rowing team, though neither apparently had any such experience.

Because of the sheer numbers and the settlements or trials that will roll out, the story will have longer lasting legs than most. CEOs, celebs, college coaches, test score administrators will all face the music in coming months. And those who pay close attention, relishing in how the mighty have fallen or applaud the investigation that led to the charges will probably miss the deeper reasons why this story is important.

Its gravitas lies not in what a group of rich people did or how they behaved. For every one of those who believed they could get away with it because they always have, there are others - the moderately and the extremely wealthy - who use their wealth to create better educational opportunities, build sports facilities, advance entrepreneurship, design smart communities or feed the hungry.

This story must not go down in history as evil rich people paying off to get what they want. It must be digested with dual deliberations. The first is obvious: for every coveted spot in a freshman class that parents paid for, there is a student who was turned down, a student who may have gone on to medical school and contributed to cancer research or engineering and helped solve an energy crisis.

Perhaps a creative judge will include a fine that involves paying for a scholarship for the displaced student who was left behind.

But the most disturbing lesson the pay-off plunder leaves in its wake is the recognition of a culture, Bahamian as well as American, that revolves around an obnoxious sense of entitlement. Clinical psychologists define sense of entitlement as narcissism to the extreme.

In years past, we would have been horrified by such behaviour, but as more athletes and musicians and young CEOs of wildly successful start-ups earn ever larger sums of money, the expectation by those of new wealth and their handlers is they deserve special treatment is commonplace. They walk straight through a crowd to get into a club. They display temper when something doesn’t go their way. Their handlers demand rather than ask.

So why were we shocked at the college admissions scandal? What we should take away from it is how do we go forward with a culture of wealth on steroids without a sense of entitlement? That is the reality and the lesson for our future before corruption becomes so commonplace we fail to see it with our own eyes. 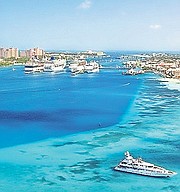 Time to hitch a ride on the harbour highway

If you haven’t been stuck in traffic in New Providence, you are either housebound or are so lucky that if you were a gambler, every casino would bar you from it.

Congestion is a slayer of time, a thief of efficiency, an enemy of tranquility. While we applaud the Ministry of Works for the magic carpet smooth paving job (second time around) on East Bay Street and other areas where work is ongoing, the gentleness of the ride does not solve the problem of how long it takes to get from point A to point B. That is not to sound ungrateful. The roads are getting better as they always seem to do under a certain administration. But spending less time on them would be even better.

Once again, I offer what others including the late Jackson Burnside have said before. Nassau harbour is our natural highway. A dual ferry system, one express and the other with multiple stops, will eliminate hundreds of cars from Nassau streets during peak traffic hours, reduce pollution, provide jobs and improve the quality of life.

The stretch from downtown to the roundabout at Saunders beach, already a nightmare twice a day, will only get worse as more development occurs if a solution is not found. A turning lane is possible that would ease eastward bound traffic turning into any of the businesses on the south side. The greater solution, however, I believe is staring us right in the face, our own harbour highway. 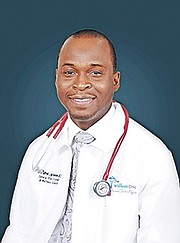 That’s just what the doctor ordered

Hats off to Dr Arlington Lightbourne, pictured right, and the entire team at the Eleuthera Wellness Clinic, owned by the Eleuthera Community Health Initiative, a non-profit. With hundreds of members who pay a low monthly fee for unlimited primary care services, the clinic that includes a nutrition coach and a range of specialists on certain days of the week is making giant strides in childhood obesity and other non-communicable diseases. Watch for the addition of dental services very soon.

Don't point your self-righteous finger at the USA ......... when we are damn well drowning in every form of entitlement there is in this country ....... racial, colour, ethnic, religious, economic, political, neighbourhood, professional, educational, linguistic, cultural, sports, etc, etc, etc.

@sheeprunner, I think you missed her points.

She is not a worthy spokesperson on this topic in our country ...... SMT