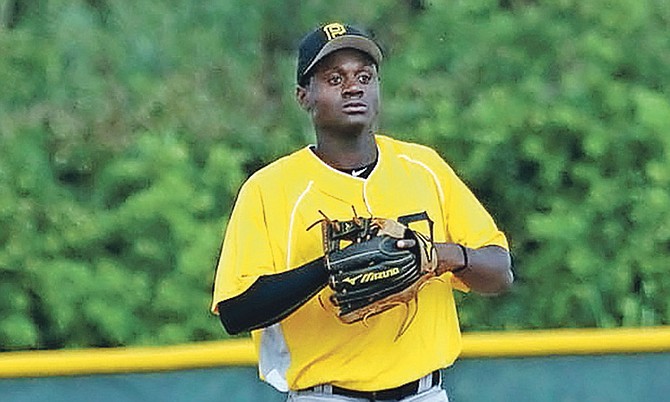 AFTER just over three years in the minor leagues, Kyle Simmons plans to pursue collegiate baseball with Lynn University.

A former member of the Pittsburgh Pirates organisation, Simmons spent the year as a redshirt and will be eligible next season but will spend this summer on the roster for the Wisconsin Woodchucks of the Northwoods League.

The Northwoods League is a collegiate summer baseball league comprising teams of the top college players from North America. All players in the league must have NCAA eligibility remaining in order to participate. Teams play 72 games scheduled from late May to mid-August.

The season itself is broken into two halves, with the winners of each half in each of the two divisions, along with two other wild card teams with the next best records, playing against each other to determine a divisional champion.

The divisional champions then meet in a best-of-three playoff for the league championship.

The Wisconsin Woodchucks 2019 home opener is Saturday, June 1. The Lynn Fighting Knights, located in Boca Raton, Florida, compete in the Sunshine State Conference of NCAA Division II. They have a current record of 16-22 on the season, 6-17 in conference play. As a dual sport athlete during his high school career, Simmons decided to give up track and field and focus primarily on baseball.

Six years later, the then 18-year-old prospect reached an agreement to sign with the Pittsburgh Pirates organisation and begin his professional career in July 2015.

Now 22, as an international signee, he has taken advantage of the opportunity to retain his NCAA eligibility and play in college. Locally, Simmons has starred at the Junior Baseball League of Nassau for a number of years, and at the national level, he was a member of the 2013 team which finished second at the PONY Colt Division Caribbean Championships. He was also one of several Bahamian players to compete as a member of Team Great Britain at the World Baseball Classic Qualifier in 2016.

Simmons spent three seasons with the Pirates in the Dominican Summer League where he appeared in 101 games from 2015-17. In 2018, he spent just four games in the Gulf Coast Rookie League before he was released in June 2018.