Can An Independent Woman Still Dream Of Prince Charming? 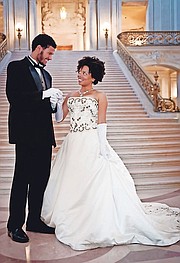 In a society where an increasing number of women are being made heads of departments and leading companies, and where every other Instagram hashtag or Facebook post celebrates us making “boss moves”, is it wrong to admit that you still long for Prince Charming to sweep you off your feet?

Is it detrimental to female empowerment to dream of Mr Right who will take you away from it all and set you up in a fairy tale castle (for which he pays the mortgage, of course)?

Does being a successful, independent diva mean you have to do all yourself and can’t ever wish for a man to lighten your burden?

“I have been doing the boss lady thing now for a long time. I have a full-time job, I am a single mom and I have the side hustle. I turn my own key, pay my own bills,” Latasha told Tribune Woman.

“But, yeah, I’m not ashamed to admit that sometimes I wish I had a husband to kill the roach, to take the car to get fixed. I am proud of my independence and success, but it would be nice to have someone share a bit of the pressure.”

At age 41, Marsha admits she gets that “old spinster feeling” from time to time.

“I have been in 11 weddings, I am a godmother to seven kids, and I am the well-to-do sexy auntie to them. I do have the luxury to take nice vacations and buy nice things, but if you had asked me 10 years ago where I envisioned being, I would have said married with a few kids. I guess God had other plans, because here I am, free and single. I wouldn’t necessarily say I regret it, it’s just different than I thought it would be,” she said.

Although she is not in a committed relationship right now, attorney Yasmine said she is still secretly hoping for her happy ever after.

“I definitely have my secret Pinterest wedding board and my savings account to pay for it all. I would love to be married one day, but I am not so desperate that I’d marry the wrong person. It’s more like a wish, that if it doesn’t come true, I’’ll accept it was not meant to be,” she said.

Accountant Belinda admits she sometimes stills feel a little bit brainwashed by all the romance novels and rom-coms she read and watched when she was younger.

“We all read those bodice rippers where the perfect hunk of a man comes along; he’s sensitive, yet strong. He’s sexy and daring, but always faithful. And he’s a real man, not afraid to take charge, to take care of his responsibilities, but he also has a vulnerable side,” she said.

“It’s understandable that we long for such a man because it was instilled in us at such an early age. But the truth is, that version of the perfect man was created by a female author. He exists only in our minds and in our hearts. In real life, there are some fantastic men, but they are rare, I find. But I don’t think there is anything wrong with sometimes still longing for your prince, no matter how independent you are.”

And all four of the women agree that the dream of love doesn’t make them desperate.

“There is a difference between needing to get married because you need someone to take care of you financially and being independent but wanting companionship,” said Yasmine.