Horton Looking Forward To New Job In The Bbf 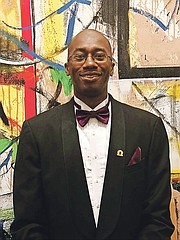 Albeit he won’t be the “head fellow in charge” in his new role, Horton said he’s grateful for the opportunity to have served as the boss of the NPBA, the top basketball organisation in New Providence, for the past four years.

The NPBA elections start at 9am with the annual general meeting on Saturday, May 25.

When the elections take place in the conference room at the Ministry of Youth, Sports and Culture, it’s expected that James Price, a long-time sponsor and coach in the league, will be challenged by Ricardo Smith, who returned to the league as a coach this year.

Horton said he opted not to seek another term in office. “I think I’ve done my part,” he said. “I’m giving a chance for another team to take it to another level.”

During his tenure in office, Horton admitted that he and his executive team got to complete the majority of their goals and aspirations.

“My biggest thing is organisation and being pro-active,” he said.

“I think we did a good job, especially with the financial challenges that we were faced with when we came into office.

“We also got to bring back the B division, which has always been an excitement for the younger players as they get to compete with their peers in the same league.”

Horton said he’s aware that both Price and Smith have their slate of officers, but there could also be one or two more persons stepping forth as nominations can also come from the floor.

Looking back at his tenure, Horton said while there were one or two teams that conformed to the club structure with a division one and two team, he would have liked to have seen it done across the board with all of the teams.

“We had about four teams with an A and B team,” he pointed out.

“That was one of the major things I wanted to do, but we really didn’t get it fully instituted. But it’s well on its way.”

He congratulated the Pirates, Giants and Rockets for producing their division one and two teams.

He said hopefully the new administration will continue the trend and complete the process.

“One of the sad things that we’ve noticed in basketball right now is that the players don’t seem to have that team loyalty right now,” he said.

“That’s why we were relying on the club system to bring that back.”

“All of the vice presidents have been assigned an island and I’ve been given the Central Islands, which include New Providence,” Horton said.

“So the idea is to approach the developmental leagues in New Providence. We know that a lot of these guys do it for a living, so the idea is not to impede them from making money, but to bring them up to the level of the federation. By that way, we can produce a calendar of events where we can assist and help all of the leagues.”

By producing the calendar of events, Horton said the public can be kept abreast of all of the tournaments, training camps and any exhibition games so that they can take advantage of them.

Horton said it’s their hope that this will be implemented on all of the affiliated islands so that everybody is aware of exactly what is going on in the federation.

Gene Horton is a good, good man! Congrats on your tenure and best wishes in your new role good sir.