‘We Won’T Be Bullied By Miller’ 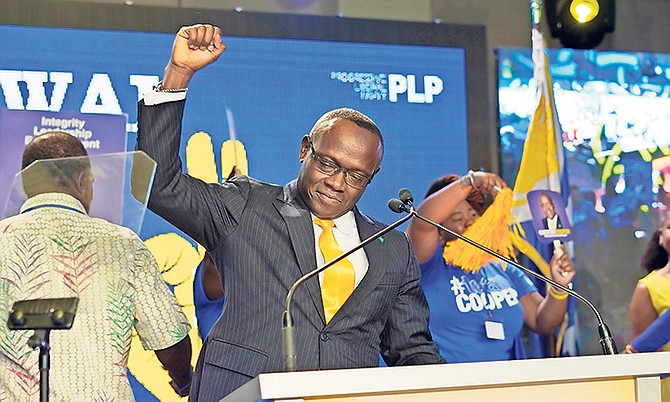 The Exuma and Ragged Island MP made the remark to The Tribune yesterday about Mr Miller’s insistence on secuiring the PLP’s nomination in 2022.

Mr Miller has said he is running in Tall Pines no matter what, even if it means do so as an independent candidate. He said he supported Obie Wilchcombe in last week’s PLP chairmanship race because he believed the former tourism minister would better look out for candidates like himself who lost in the last election and want to run again.

“We will not be bullied,” Mr Cooper said in response.

“There is a process for candidate selection and vetting. Anyone interested in a PLP candidacy should acquaint themselves with it. Our party is fresh off a successful convention and is in a period of renewal. We will do what we must to regain the trust, confidence and vote of the Bahamian people and we will not be distracted. Our process allows us to field credible candidates representative of the demographics of our country.”

PLP officials want to run mostly new candidates in 2022, a desire that may collide with the ambitions of past candidates.

Last year Mr Cooper said he would prefer to see fresh candidates run in the next election. PLP Leader Philip “Brave” Davis also this week that he expects a “slate of new candidates.”

Will the people of The Bahamas ever be considered? Or, are all our (representatives) so full of themselves, so greedy, so inept, egotistical, racist.....that politics is only about them and what they can take for themselves? The Bahamian people, while deserving better, continue to vote these fugging clowns into office. How sad!

You won't be bullied?? What are you worried about being raped by your wife also??

This is going to be fun. Potcake say he running, no one ga stop him.

Lol......Renewal....A Time For Action.....Lol....The PLP is pathetic. Nobody with a once of sense is stupid enough to put these pirates back in office.

The FNM should be cheering the Potcake and his cronies on to challenge the Gravy team........... sure way for a two-straight victory.

Cooper is plumping up nicely as a politician....soon Miller will only have to push Cooper over because Cooper won't be able to get back up. LMAO