Ministry Offers Condolences Over Mass Shooting In Us 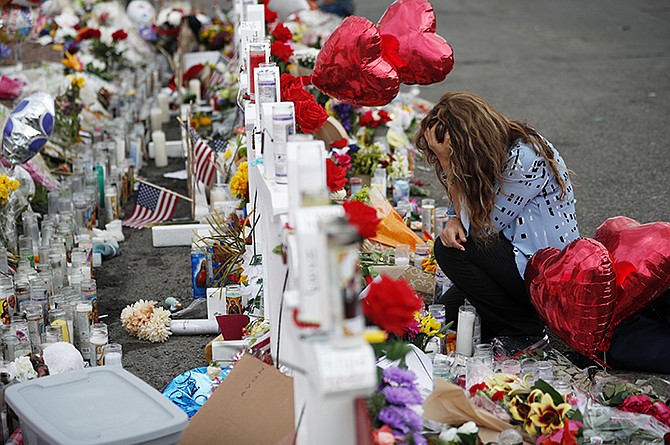 A woman kneels in front of crosses at a makeshift memorial near the scene of the mass shooting at a shopping complex in El Paso, Texas. (AP)

THE Ministry of Foreign Affairs released a statement offering condolences over the two deadly mass shooting incidents that occurred in the United States over the weekend which left more than 30 people dead and many injured.

“The government and people of the Commonwealth of the Bahamas are deeply saddened to learn of two mass shootings that occurred in the states of Texas and Ohio over the weekend,” the statement said.

“We convey to the government and people of the United States of America our profound condolences on the tragic loss of life and the assurance of our continued prayers for the recovery of those injured. Moreover, we stand with all right-thinking individuals in condemning all forms of violence, especially such acts that are founded in hatred and race supremacy.”

At least 31 people were killed over the weekend in mass shootings in Texas and Ohio.

According to CNN, 22 people were killed in El Paso during a mass shooting on Saturday.

“Police said they found an anti-immigrant document espousing white nationalist and racist views, which they believe was written by the suspect,” CNN reported.

Nine people were killed in a shooting in the Oregon District of Dayton, Ohio. The suspect in that shooting was shot dead by police.