I Have Been Doing Exactly What I Told Residents I Would Do, Says Mcalpine 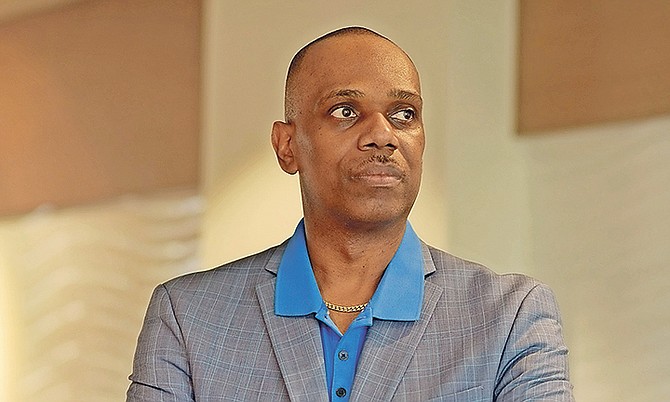 AMID a call for his resignation by executive members of the Pineridge Constituency Association, Pineridge MP Rev Frederick McAlpine says the chairperson has never reached out to him or invited him to any of their association meetings.

He finds the push for him resign from the Free National Movement by newly elected chairperson Vernet Munnings and other executive members of the association “shocking, unfortunate, and unfair.”

When The Tribune canvassed the constituency yesterday, residents were at odds on his performance with many defending the MP and his work while others cried out for him to do more in the community.

“I don’t know who is pushing this issue, but from what I know and from what I gather from the residents of Pineridge, many of them are quite pleased at the manner in which I have been speaking up and speaking out for the residents, and the way that I have been representing myself as the legislator for the constituency - that’s my responsibility. I have been doing exactly what I told the residents I would do,” Rev McAlpine said.

Ms Munnings - who was elected last month to head the association – recently told this newspaper: “We don’t hear or see anything from the member of Parliament. Only time we hear from him is when someone call and tell us he’s on social media. As it stands now, it’s as if we don’t have an MP.”

She added: “He definitely should resign. That would be in the best interest of the people of the constituency.”

Yesterday, The Tribune went into the Pineridge constituency to get feedback from residents about the call for Rev McAlpine to resign.

Residents in the Back of Town area believe that Rev McAlpine has been a “good representative.”

A 63-year-old resident, who identified himself as Pudden Taim, said: “I am a PLP straight through, and I think McAlpine is doing a wonderful job.

A woman who identified herself as Ms Miller of Clarke Avenue, said that Rev McAlpine is helping the young and poor people in his constituency.

“He opened a school for the children who did not graduate so they could get their diploma and get a job - he is doing good.

“He is a man you can go to and sit down and talk to. And he understands the poor people and he is helping who he could help. I wish he had more so he could help more people. He is a good man,” said Ms Miller.

Clement Roxbury, an elderly resident of Pineridge, does not think that Rev McAlpine should resign either.

“He is doing a good job; he working hard for the people and I don’t think he should resign,” she said. 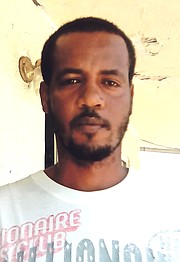 Edwin Strachan, of Clarke Avenue, said that the only reason he voted FNM was because of Rev McAlpine.

“I feel he has been a good representative. This is my first time voting for the FNM just because of him. I do not feel he should resign,” he said.

Mr Strachan said that Rev McAlpine is a man for the people.

Mr Strachan also commended the MP for the implementation of the diploma programme at the Pineridge Education Centre. He said he plans to enrol when it reopens. 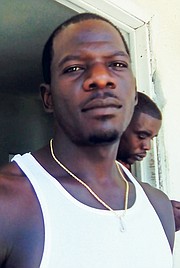 Cadrin Hinzey, Pineridge resident, stated that Rev McAlpine is doing a good job. He said he would still support Rev McAlpine he said if he ran as a PLP or as an independent.

“No, I don’t think he should resign, he is doing a good job but we could get together more, but I know he is busy. He (is) doing a lot for us in back here; we want him to run for the PLP, or he could run as an independent,” Mr Hinzey said.

In the Hudson Estates area, some young residents felt that Rev McAlpine could do more in terms of assisting them in finding employment.

Keisha, 23, said that many persons are still unemployed and need jobs.

“We suffering. They say ‘it’s the people’s time’ but I don’t see nothing, Since he come in power we could see the suffering,” she said.

“We need opportunities for people to get a chance; people struggling, we need jobs,” she said.

Ellema, 22, a father of two, said that he has been unemployed for the past year.

“I can’t help my kids. I need a job. I am unemployed and have not worked in a year since the FNM come on. I feel it is bad because I am supposed to be the breadwinner for my children who need to eat, and they ain’t bringing in no jobs to help Bahamians.”

Hansell Collie, a resident of Pineridge, said that Rev McAlpine is not concerned about the condition of Pineridge.

“He is not here for Pineridge, he is here for himself. The area of Pineridge is so run down but he don’t see it. The road in Hudson Estates in Pineridge is in a deplorable state. Instead of the MP requesting fixture he running on with foolishness and never asked for assistance in his area.

“The association should have asked for resignation a very long time ago,” he said. “This is one of our worst MPs in history.”

In response to Mr Collie, Rev McAlpine said that he has never supported him as the MP for Pineridge. He explained that Hudson Estates is a private subdivision and noted that the condition of the roads is the same as under two other former FNM MPs.

“There is nothing that I can do - no more than to continue to agitate and speak to those in charge,” he said.

Rev McAlpine added: “Ms Munnings asking for me to resign is really a shocker because they just recently removed the executive team that they felt supported me. That team no longer contested them, they said that I was involved with the association, and now here is an association in place saying I am not active enough with them. First of all, since they won, none of them reached out to me to invite me to any meeting or to anything that they were having.

“Secondly, Ms Munnings, and the association which is handful of people of the FNM, need to recognise I was elected to serve all the people of PR and not a select few. There are 5,500 plus registered voters in Pineridge. I campaigned saying if you elect me I promise I would be a voice for the people of PR, and by extension, now even GB.

“At a time where a government is losing ground with so many people, and especially its supporters, you would think that they would try to be all embracing and reconciling as opposed to being confrontational and trying to get me to resign.

“If we are going to talk about resignation, why should I resign? Because I spoke the truth or because I believe in my opinion? I voted against VAT, I voted against the conflict of interest for the post office going in a sitting Cabinet minister’s (building). I voted against the extension of having so many foreigners to be welcome into the country when many Bahamians are hurting. If that is what they want to charge me with, and say I should resign for that - that’s interesting.

So you told residents that you would oppose Mr Minnis and try to screw the FNM every chance you got.I doubt that have not heard a positive word from you since you were elected.

Those few people are not the majority...