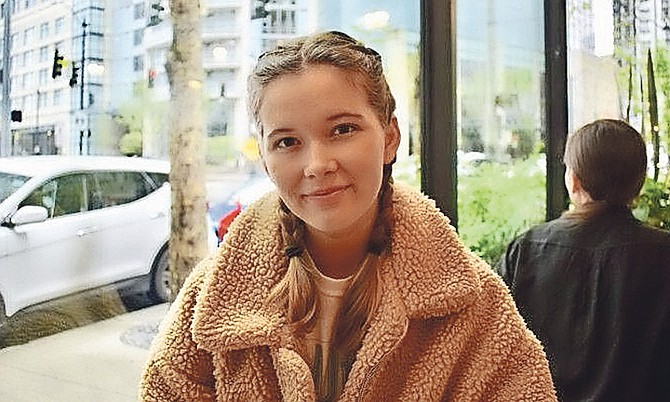 RELATIVES of the American woman killed in a shark attack while swimming off Rose Island are still mourning her death and cry every night over the tragedy. Californian Jordan Lindsey, 21 was savaged by sharks while swimming with her mom on June 26.

On the third day of their family vacation, they decided to go on a last-minute excursion with the Sandy Toes Tour Company to Rose Island.

In an interview on Good Morning America (GMA), Michael Lindsey, the young woman’s father, said their tour wasn’t booked for that day and he wished company employees didn’t let his family on the boat for the excursion.

“I wish they didn’t let us on, of course, but they - they snuck us on. They got us on, and we were the last family on,” Mr Lindsay told the TV station.

Mr Lindsey stated he remembered seeing people congregate at the end of the beach.

He said on GMA: “Someone said, ‘oh yeah a teenage girl has been attacked by a shark’ and then someone mentioned she was with her mom too. I took off.

“Kami said she heard Jordan yell like, ‘Mom’, like, and then she -- Kami -- looked back, and the first thing was, she thought dolphins were around Jordan,” Lindsey continued. “And then she ... then she realised, like, right away that, like, Jordan, was screaming.”

He added: “Kami swam toward Jordan and she screamed ‘Jordan swim to me’ and realised Jordan wasn’t swimming too good. Kami realised that the first shark took like her right arm off.”

Mrs Lindsey attempted to pull Jordan to safety, but another shark attacked.

Jordan was pulled onto a nearby island where they waited for a boat to transport them to shore for medical assistance.

Mr Lindsey told GMA: “Jordan was losing consciousness, barely clinging to life, when the boat finally arrived -- with no medical supplies. They put towels over her leg…there was no first aid kit.

“The boat rushed Jordan to a dock where an ambulance was waiting for her, but by the time Lindsey got the hospital, he was too late. I walked in,” he recalled, “and they said, ‘Your daughter’s gone.’”

At the end of the GMA interview, Jordan’s father suggested proper medical training for everyone “from the captain all the way down to the deck hands” in the event another big tragedy occurs.

Sandy Toes’, the tour company involved, issued a statement that read: “We would once again like to extend our deepest and sincerest condolences to the family and friends of Jordan Lindsey who recently passed away as a result of a shark attack in waters near Rose Island in the Bahamas.

“All reasonable steps were taken to prevent this very unfortunate incident and our staff responded swiftly and in line with our emergency protocols and procedures.”

The statement added: “We continue to pray for the Lindsey family and all those who have been impacted by this tragic occurrence.”

Lindsey’s death was the first confirmed shark-related death in the Bahamas since 2008, although the country traditionally records several shark attacks per year.

“All reasonable steps were taken to prevent this very unfortunate incident and our staff responded swiftly and in line with our emergency protocols and procedures.”

The quote immediately above is certainly not consistent with eye witness accounts and the photos taken by other tourists during the incident.