Plp Unimpressed By Bannister In Dispute Between Archer And Roach 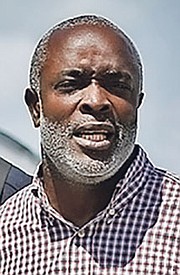 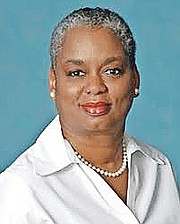 Last week, Mr Archer, a controversial political activist, accused Ms Roach of giving preferential treatment to certain unnamed contractors and called for her to be fired. He claimed if she is not removed, the Free National Movement would not win the next election.

When asked if there will be any consequences for Mr Archer for his attack, Mr Bannister instead defended Ms Roach.

“As minister with responsibility for public works, I have full confidence in the director of public works, Ms Melanie Roach,” he told The Tribune yesterday. “She is a skilled professional who has dedicated nearly 30 years of her life to public service. During her watch as director of public works she has carried out the mandate of the government to expand and develop the public infrastructure of the country on behalf of the Bahamian people.”

“While one appreciates the support in personal terms for the director of works after an unseemly and thuggish attack by a subordinate employee of the Ministry of Works, the minister's response is not acceptable,” Mr Mitchell said. “He must do more to uphold the public service and its integrity.

“Surely what must follow is what disciplinary steps have been initiated to deal with a rogue employee who clearly does not understand his place in the system and how it works.

“There is in fact no need for the minister to make any statement in support of the director. Had the public service dismissed the errant employee, it would have been clear who the minister supported.

“Instead, we get this weak written defence from the minister which begs the question why the rogue public servant is able to act with impunity and without any threat of discipline.

“Who then is that employee's protector that he knows he can get away with it and the minister will do nothing? What does the prime minister have to say, since the minister is helpless to act?”

Mr Mitchell accused the Free National Movement of using “trolls and thugs to cheapen the public discourse” and now lack the “moral courage to repudiate their creations”.

“Under the FNM, the tail is wagging the dog and no one from the prime minister on down has the ethical standing not even to denounce a racist rant from the Water and Sewerage Corporation's (WSC) rouge board member.

“It could not have happened to a finer bunch. A pox on them. They must in this instance enforce the rules of the public service.”

Mr Archer has had several run-ins with law enforcement over the years.

In 2017, he was convicted of threatening to harm a senior police officer.

Two years earlier, he jumped from the second-story window of the Magistrates Court in an attempt to evade police.

In October 2018, Press Secretary Anthony Newbold said he did not know what makes Mr Archer qualified to be the registrar of the Ministry of Works even as he insisted at the time the controversial figure must have met the standards of the ministry.

In light of his controversial past, Mr Newbold was asked if Mr Archer was the best, most qualified person in the country for this new position.

Mr Newbold said last year: “I’m not saying that at all. The Ministry of Works is saying this man, we think should be in this position. Whatever those qualifications were or are, a decision was made that he was the best person to put in that role.”

His appointment, he added, is “something that would have come through the usual system. The specifics of how that happened, I presumed the position was available and he applied for it. About Omar Archer or qualifications for that registrar position, I don’t (know) but I’m sure whatever those qualifications are he must have met them. Nobody is going to be hired and not meet the qualifications for a specific job."

They the FNM Government is reaping what they have sowed.

Never mind the wicked no need to lift a finger give them a little rope and they will hang themselves.

The owners of BTC has said what they think of the FNM government and so has the owner of the Pointe.

The peoples time voters may be blinded by them but others looking in are not.

So Melanie Roach been there all these years, under different governments, and her name was never heard in a negative tone in relation to her profession. Why now?

Because of that jackass Omar Archer.