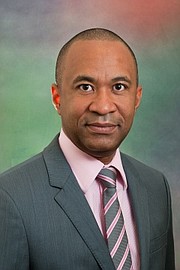 Regulators have initiated an investigation into load shedding at Bahamas Power & Light (BPL), which admitted yesterday it is “walking a tightrope” every day to keep the power on.

Stephen Bereaux, the Utilities Regulation and Competition Authority’s (URCA) chief executive, told Tribune Business it had begun its probe two weeks ago when the first round of load shedding and power outages hit New Providence.

Disclosing that the energy sector regulator was still in “the information gathering stage”, Mr Bereaux said URCA was focusing on whether BPL’s inability to deliver a consistent, reliable power supply had put it in violation of both its licence terms and obligations under the Electricity Act.

Acknowledging that URCA was concerned “like everyone else in the country” over the frequency and duration of BPL’s outages, he declined to be drawn on what measures the regulator will take if it finds the state-owned utility monopoly has violated its licence and legal commitments.

“We are investigating the outages,” Mr Bereaux confirmed, “and have initiated an investigation. We started the investigation about two weeks ago after the first round of load shedding.

“We’re trying to determine if BPL’s conduct is consistent with the provisions of their licence and obligations under the Electricity Act.”

Mr Bereaux said URCA would “issue a determination” on its findings “as and when appropriate”, and declined to comment on both the likely investigation timeline and potential punishments - such as fines - that would result if the outcome proved adverse to BPL.

“There’s nothing pejorative at this stage,” he explained. “We would have, like everyone else in the country, concern with the frequency and duration of outages. It’s our role to ensure they [BPL] operate as required by the Electricity Act and licence granted by URCA.

“URCA’s job is to put rules and regulations in place, and ensure BPL complies with those. Our role as regulator is to ensure they stay consistent with the rules placed on them.”

URCA took over energy sector regulation in 2016 following passage of the Electricity Act, subsequently issuing BPL with a public electricity supplier licence that makes it an URCA licensee.

Mr Bereaux said any regulatory measures “depend on what we find”, and pledged to make public any preliminary determination it makes against BPL. “We also intend to provide periodic updates so people know where we are in the process of investigation,” he added.

Mr Heastie confessed that BPL knew it was “walking a tightrope” for summer 2019 by having just 280 MW of generation capacity available to meet New Providence’s peak 250 MW demand, leaving it with surplus or excess capacity of just 30 MW. This means that if just one or two units failed - as is happening now - load shedding is virtually inevitable.

While many observers will interpret this as an admission that BPL failed to adequately plan for summer demand and all possible scenarios, Mr Heastie indicated that the cash-strapped utility had little to no financial resources with which to procure additional generation units.

With the loss of 70 MW in generation capacity at Blue Hills, due to three engines requiring repairs, the BPL chief executive admitted that the utility only currently has 210 MW of generation capacity to meet 250 MW peak demand in the Bahamian capital.

He added that there was “no way to pre-predict this type of failure”, even though he admitted that BPL’s “decaying” generation fleet contains equipment more than 60 years old where parts cannot be procured and have to be obtained exclusively from manufacturers - thereby making engine breakdowns and off-line maintenance a near 100 percent certainty.

The poor state of BPL’s generation fleet is highlighted by the fact some 37.5 percent of the 280 MW summer generation capacity is comprised of rental units from Aggreko, with Mr Heastie admitting the energy monopoly is “on the edge, on the cliff” virtually every day.

“We had hoped that with the help of the additional rental units from Aggreko we would be in a position to prevent load shedding for the summer,” he admitted. “While we were certainly cognisant of the tightrope we were walking, due to the pressure being placed on the remaining plant, we did not anticipate this level of systems failure and, even if we had, we would not have had the resources to mitigate the situation as this level of accelerated decay could not be anticipated.”

BPL executives added that the loss of its two most efficient engines, representing over 60 MW in capacity, in last September’s fire had no impact on its ability to get through summer 2019. That lost capacity, though, would have brought BPL up to its traditional 330-340 MW New Providence generation capability.

BPL is currently operating with 105 MW from Aggreko, 70 MW at its Blue Hills plant, and 35 MW from its Clifton Pier station. Until the new 132 MW from Wartsila are installed, tested and operational - something that will happen by December at earliest - New Providence residents and businesses face a long, hot summer plagued by power outages.

“We are working feverishly on returning two generators at Blue Hill power station that will make up this 40 MW difference,” Mr Heastie said. “However, we cannot guarantee that other units will not fail and return us to load shedding as we have no excess capacity. As we get deeper into the fall, the demand will drop off as will the need for load shedding.”

Stephen Bereaux: Just another useless political hack appointee of our dimwitted PM Minnis. Now senior personnel at BPL will be distracted from getting our lights to stay on by the loads of paper and reports URCA will request. And Bereaux certainly can't do anything to help fix the mess at BPL. What a joke! Meanwhile PM Minnis remains MIA when it comes to our national crisis involving BPL's inability to supply our nation with a reliable source of electricity. That's an even bigger joke!!!

“... told Tribune Business it had begun its probe two weeks ago when the first round of load shedding and power outages hit New Providence.”

Uh, Neil Hartnell, where do you live? Blackouts and load shedding have been going on way longer than two weeks. Why can you never notice, or ask a simple question, when somebody you are interviewing says something foolish?

Your own newspaper has been running stories about it for months. Wake up, man!

This URCA is an absolute waste of time and The People's money. It's more of the same asinine drivel. How many people to we have to pay to spout it?

“URCA’s job is to put rules and regulations in place, and ensure BPL complies with those. Our role as regulator is to ensure they stay consistent with the rules placed on them.” PROVEN WASTE OF TIME.

Also someone should be fired if the investigation only began 2 weeks ago and not a decade ago.

Remove uncertainty where possible by firstly putting the rental units under armed guard. You think all parties want things running smoothly? Then add more rental units by same company and start on solar plant immediately with performance contractor- the losses associated with this to society are (and could be eleven more). staggering.

Persons cancelling vacations, changing destinations, just by what they hear.

URCA, The most useless organization in this country. That's saying something.