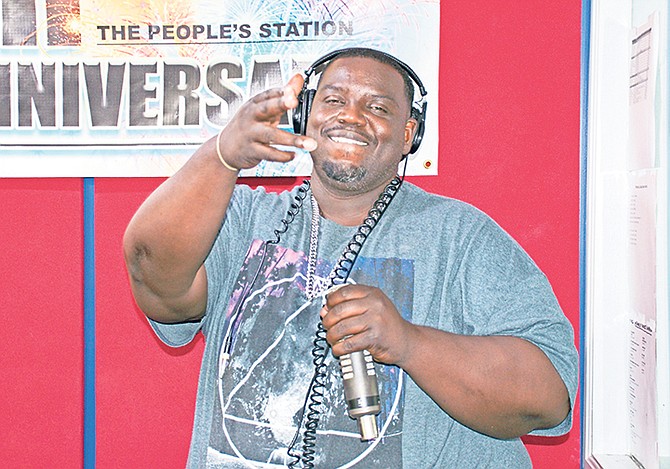 POPULAR radio personality Santonio "Big O" Smith, 35, was remembered yesterday by his mother Carolyn Gray as a humble man who will be dearly missed. Smith, a disc jockey at 100 JAMZ, died last Thursday after having a heart attack. His sudden death has shocked friends and family.

"Omar was a very, very humble person," his mother said. "He was very family oriented. His personality was beyond reproach. His smile, I mean anyone that would have come in contact with him, he had that personality where he would draw you to him.

"Music was something he loved. He ate, sleep and lived music. He just was a (good) person; he wasn't loud, but you would know he's there. He was always cheerful. He always had an encouraging word for people. He stayed quoting the Bible; I grew him up in church."

She added: "He did the secular music, but his heart was still in church. He just had a heart for people and (was) trustworthy. Talking as a mother with all honestly, I have never had an issue with him where he was (disobedient) or no manners. He never ever as I can remember as my child raised his voice at me at any time. If he had anything to say to me that he didn't like or if he felt like he would hurt my feelings he would write it."

Ms Gray said her family is still grappling with the "shock" of Smith's death. She said he had a health scare earlier this year, but relatives thought his health was improving.

She said: "We are a close-knit family, very close-knit family. We aren't dealing with it so good, but everyone is trying to stay together. Although he had some issues earlier in the year, all of his prognosis was improving so he was doing pretty good.

"Speaking to him early that day was amazing, (with him) calling me and telling me he had good news for me, but I guess it wasn't meant to be. He passed away August 8 by a heart attack. The family are all in shock and still in disbelief."

Mr Ferguson said: "He was one of the most pleasant, upbeat people you will ever meet. I never heard him speak harshly or negatively about anyone or anything. Big O was a positive example and mentor for the younger generation who looked up to him with great respect.

"He had a large following both on-air and off and is another good human being who has left us too soon. He will be missed."

The father-of-four joined 100 JAMZ about two years ago as "DJ Blue Print".

It is customary that one respects the deceased. So if you don’t have anything nice and respectful to say then don’t say anything at all. ~BeBlessed! BigO-Auntie