Why Film A Dying Girl And Not Help? 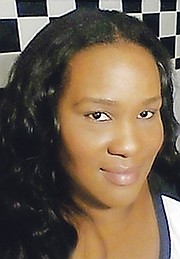 HEALTH Minister Dr Duane Sands yesterday bemoaned the recording of a video that captured the distress of a bloodied woman who later died.

The woman, identified as Zephenia Dean, died on Saturday.

Dean is said to have punched through a glass window at a home, lacerating her right arm.

In the one-minute video shared across social media, the woman is in a daze and is seen lying on the ground outside the home, screaming in pain as blood spews from a deep wound on her arm; a man tries to comfort her by telling her to stay still. As the woman bleeds out, no one in the video renders much assistance.

Dr Sands posted this on Facebook: “EMTs make sure that the airway is safe and the breathing okay. Then they apply direct pressure to the bleeding point. Sometimes a compression dressing is enough. Other times, a tourniquet may be needed.”

He told The Tribune: “Social media has brought advances but it has also brought out some very negative traits of humanity. We now videotape and WhatsApp instead of administering first aid or comfort. The dignity of a human victim is less important than the number of likes gained from their misfortune. There is no prettying this up. We have collectively lost our way.”

The woman, he said, may have survived if bystanders offered assistance. “It is possible but indeed they may not have known,” he said. “The issue is that the device used to videotape also has a browser that can be used to Google or browse explicit directions with pictures or videos.”

That view was echoed by a Facebook user who described himself as Dean’s cousin. “The same phone y’all pulled out to record my cousin taking her last breath y’all could have used that same phone to find out how to stop the bleeding!” he wrote.

I wouldn't lie, we are getting to be a very cold-hearted people.
Is there any hope for us?

And having a most arrogant and nasty PM isn't helping our society deal with this situation.

Well mudda_take_dum you posting d having a most arrogant and nasty PM " means that you were nor around during the evil pingdom when the prime minister called one of his opponents who was dying of cancer, an empty suit of clothes. RIP Carlton Francis. I don't think you can get much more nasty and arrogant than that statement given to the party faithful during the convention on Cable Beach.

Totally agree with this one! We have become so silly as a society. Years ago, people would have tried to assist. What is wrong with us.

On another note, we should all know basic first aid, especially if we have children. A tourniquet could have saved her life, maybe not her arm but her life for sure. Several pieces of cloth or rags tied extremely tight about an inch above the wound and secured with a stick or something to hold the rags/cloth in place. It was that simple.

Thank you for this much needed information. While I know basic CPR, I have not had a refresher in creating one of these. If those nearby in the video, were family or friends, they may have been in shock. Another reason could have been fear of sickness. Either way I didn't watch the video to know what occurred. Such a tragedy and most unnecessary. Hopefully CPR courses will be taught in schools, clinics and other community centers free of charge.

Many years ago a friend of mine had his leg almost severed at the knee in a motorcycle accident. A bystander tied her belt around his leg to stop the bleeding until the ambulance arrived. It saved his life. Dr. Sands is right that this woman's life could have perhaps been saved if someone tried to stop the bleeding.

She died from stupidity Both her own and the witnesses's

Perhaps the honourable minister of education could consider including first aid classes in 11th or 12th grade.

Perhaps instead of giving out free tshirts maybe MP's can give out free first aid and CPR classes in their respective communities.

It literally would cost them nothing to host free first aid and CPR classes at the local clinics or community centres. At the very least provide people with the ability to potentially help a person bleeding, a child choking, an elderly person suffering a heat stroke, or a person having a heart attack.

A young boy was pulled from waters the other day and according to the article not one bystander on the beach knew how to perform CPR. That's so sad, everyone walking around with the latest gizmo and gadget but can't assist to safe a life.

Obviously the fact that this poor woman was bleeding to death and someone thought filming was more important than medical action or even googling what to do. Yes a tourniquet particulaily on the arm along with pressure applied to the would would have in all probability have kept her alive until the paramedicsarrived but often in the press or on other social platforms the public is told that use of a tourniquet is not used today, whilst not explaining that a tourniquet can be used in a life saving emergency but must be released periodically to allow blood to flow to the injured limb.