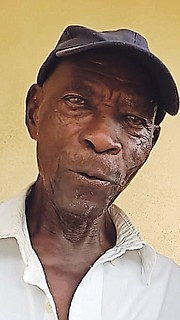 AN 82-year-old man was stung to death when a swarm of bees attacked him as he was doing yard work at his Freeport home last week.

Keith Finley died in hospital on Friday - two days after Wednesday’s attack at his home on Dolphin and Drumfish Street, Caravel Beach. His wife, Pamela, said she “screamed in horror” as her husband sat helplessly at the front door “covered with black bees from head to toe.”

This is the first fatal bee attack of a human on Grand Bahama, according to a Bahamas National Trust official, who is warning residents to be “cautious” of their surroundings when outside. Two dogs in the area also recently died after bee attacks, before Mr Finley was stung.

“We would like to reiterate the call for persons to use caution when moving around,” warned Elsworth Weir, park manager of the BNT in Grand Bahama, yesterday when contacted by The Tribune. “Mr Finley was just doing some work in his yard which is a relatively open area and he went across the road and dumped some yard litter and was attacked.”

Mr Weir said officials are still not sure whether the attack was by Africanised bees. He indicated that samples of the bees were collected, and they are awaiting DNA identification to confirm the species. The Ministry of Agriculture has been informed of the incident and is inspecting the area.

Meanwhile Pamela Smith-Finley - who is still devastated by the incident - said she does not want anyone to suffer such a horrible ordeal as did her husband.

“I am trying my best to keep up and going, and to be strong,” she said on Tuesday when The Tribune visited her at home. “I am devastated, obviously, not only by what happened, but how it happened. It really is a difficult thing to fathom because you never expect anything like that.

“It’s like you see these things in the movies - mostly horror movies. It was like a horror movie and that is really a difficult thing for me,” Mrs Finley said.

This is the second recorded aggressive bee attack on Grand Bahama this year. It is believed that Africanised bees are responsible for the attacks. The first incident occurred on June 12 when a team from BNT was attacked while conducting a bird survey in East Grand Bahama. Team members were chased by the bees and received numerous stings, with one person stung up to 16 times.

In 2014, Kevin Johnson, 31, was also attacked by a swarm of bees while sitting at a bus stop on West Sunrise Highway. He was stung over 300 times and was taken to hospital, but survived the ordeal. Pest control experts said Africanised bees attacked Mr Johnson. They said it was a miracle he survived.

But that was not the case for Mr Finley, who was outside tending his lawn and cleaning his yard on that fateful day.

Mrs Finley had just got out of the shower around 12.45pm when she heard a frantic call from her husband who was outside.

“When I opened the room door, I saw a whole bunch of these black things (in the house) - I thought they were flies. The whole house was swarming inside,” she recalled.

Mrs Finley believes her husband must have unknowingly disturbed a bee hive when he threw debris into the bushes across the street, just opposite their house.

According to Mrs Finley, the bees that attacked her husband were not the usual yellow and black striped bees that she is used to seeing.

“They were black. I said, ‘where all these flies come from?’ and he said, ‘they are bees.’ When I saw him I just screamed,” she said.

Mrs Finley was also stung and ran back to her bedroom, called 911, and got dressed. She got a can of insect spray, but it did not help. She said the bees kept coming inside the house.

She called 911 again and ran outside to escape the bees. “When I got outside they were all around and I could not get to the front yard because they were attacking me.”

She ran to a neighbour’s house for safety where they called 911 again, the police and the fire station for help.

It was about an hour before help would arrive, recalled Mrs Finley. An ambulance, pest control and Police Fire Services arrived at the scene.

“I explained to the lady who answered the phone that I have an emergency, that a gentleman is being attacked by bees. My husband was still sitting at the front door. He could not move because there were so many bees on him, and there was nothing I could do. I was able to throw a towel on him as I ran past, but that did not help,” she said.

In the process of calling 911, she was told by the 911 operator that pest control workers said that they couldn’t come right away.

“By then I am losing it because I am here trying to get rid of the bees and fight them off. I said, ‘Miss this is an emergency, the gentlemen is covered in bees and we need some help.’”

She said the operator told her calm down and she would try to send help.

“I was out there for the longest time waiting. I must have waited about an hour,” said Mrs Finley.

Finally when help arrived, the pest control expert had to lift her husband from the door and carry him to the ambulance. He was still alive and conscious, and was able to explain what had happened, she said.

He was taken to hospital, and by Wednesday evening his condition had worsened. “He went into shock and they put him in the ICU and hooked him up to life support because things by then started shutting down,” she said.

Mrs Finley said he passed away that Friday morning.

She said doctors could not say how many times he had been stung.

“The venom was too much for him to bear; there must have been a thousand bees on him,” she said. “You know what it is to be sitting there for an hour or close to hour with all these bees stinging? It is a horrible thing for anyone to go through.”

Mrs Finley just recently learned that two of her neighbours on Drumfish Street lost their dogs, which had also been attacked by bees.

Since the tragedy, she has been getting lots of support from friends. “I am so grateful that I do have good friends and good Lodge brothers and sisters. The Lodge was really my husband’s other family and there is just that outpouring of love right now that is keeping me going,” she said.

So sorry for your loss ma'am. What a tragedy.

That is horrible! Definitely sending this to my kids to take note. Scary to think that insect spray doesn't even phase these things; they just keep coming at you.

Actually it makes it worse.The bees will attack even more.I live very close ,didnt know this happened.I have bees from time to time .I leave them alone.

I meant using the spray to get them off of someone rather using spray to try and kill a nest. I certainly agree that leaving them alone is the best option. I wonder if a fire extinguisher (foam or other type) would help to remove them from someone being attacked? If so, then our emergency responders may need to consider keeping something in their vehicle for when they are called. Otherwise, it will be too dangerous to come to someone's aid until the attack is over.

My condolences to the family,

But seriously, what the hell!? It took an HOUR for rescue services to respond! WTF!??

They don't wanna get stung!!