Moody's: BPL is 'bottleneck to expansion' 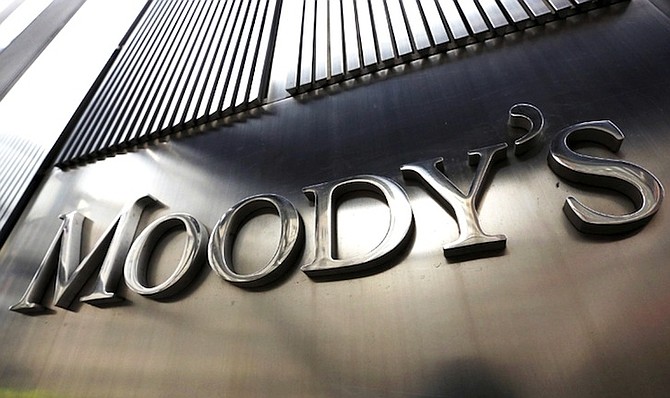 Moody's has labelled the Bahamian energy sector as "a bottleneck to economic growth", although its latest analysis makes no mention of the daily outages plaguing New Providence.

"The energy sector remains a bottleneck to growth, with a business's ability to obtain electricity placing 87th in the 2019 Ease of Doing Business report," Moody's noted. "But the government intends to reform the sector. These reforms relate to a restructuring of BPL, improving the electricity network, and building a 220MW power plant.

"Given BPL's weak financial position, an internal restructuring is underway and the company is also considering a bond issuance to refinance $320m in legacy debt, which would allow BPL to have more resources available to improve its infrastructure and eventually lower customers' costs."

Elsewhere, Moody's said the debt burden of state-owned enterprises (SOEs) such as BPL remains a risk to the Government's fiscal consolidation plans, given that this totals a sum equivalent to almost 14 percent of Bahamian annual economic output.

"A potential rising risk to the Government's fiscal strength is the increase in the debt burden of SOEs, which reached 13.8 percent of GDP as of December 2018, as this is not included in our debt ratios," Moody's said.

"Although less than half of it is fully guaranteed by the central government, should these contingent liabilities materialise it would have a material effect on the Government's balance sheet.

"Potential reforms to SOEs would be key to ensuring that their finances improve both to reduce the necessity of sovereign support and to decrease the transfers the central government makes every year - in fiscal year 2018-2019 subsidies to SOEs amounted to $326m (2.6 percent of GDP) - that impact its own fiscal deficit."

Moody's added that The Bahamas is aided by a "favourable" debt maturity profile with just 10 percent due to be repaid in the short-term. However, it warned that increased foreign currency borrowing had increased this nation's exposure to changes in global market conditions.

"Although the external financing environment has been favourable, increased reliance on external market funding has increased The Bahamas' vulnerability to a change in global market conditions in the medium term," the rating agency added.

"That said, vulnerability to refinancing risks are mitigated by the currency peg as well as the external debt's long maturity profile. The first upcoming Eurobond repayment, amounting to $300m, is not due until 2024. Additionally, the Government has established a sinking fund to cover the principal payments due on the 2028 bond that amortises in 2026-28."