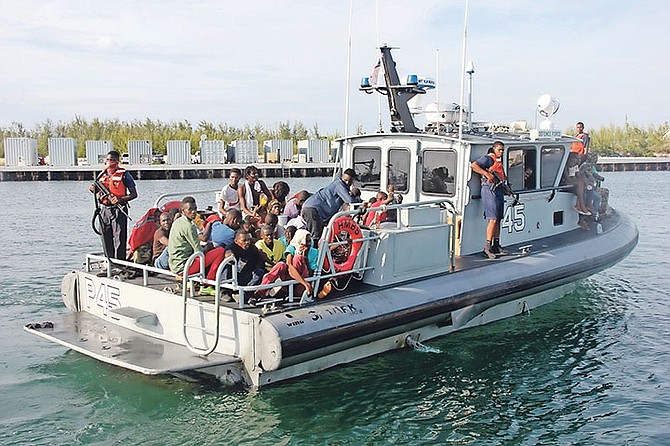 A GROUP of nearly 100 Haitian nationals were on their way to the capital yesterday after they were apprehended Sunday afternoon by members of the Royal Bahamas Defence Force.

The RBDF has now apprehended or assisted in the apprehension of over 400 Haitian migrants this year, the department said.

The latest group of migrants will be turned over to police and immigration officials for further processing.

I am sure their pre-arranged marriage partners must be devastated!