Face To Face: They Said I Wouldn’T Last A Month - I Stayed 31 Years 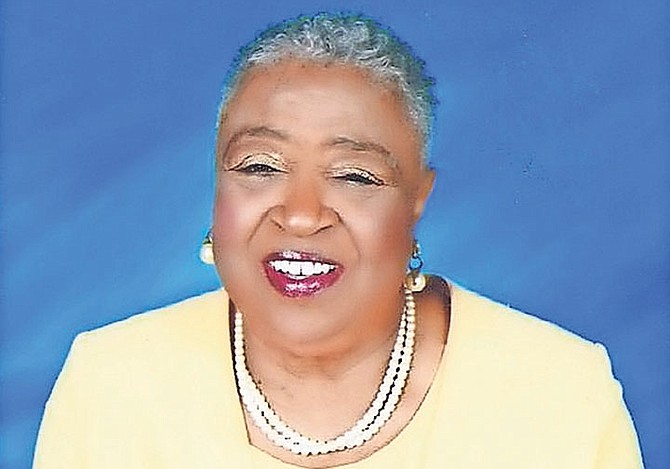 When you think of advocates for disability in The Bahamas, it’s hard not to think of Mrs. Sheila Culmer. She has been at the forefront of advocacy before I was even born. I recently sat with her and found out why she has dedicated her entire life to helping those with special needs.

She had her first encounter with helping a disabled (now sometimes referred to as differently-abled) person at the age of 12. An elderly neighbour had a foot problem and needed to get to the hospital. Sheila felt obliged to help. She actually took time off from school to assist her neighbour. She took the elderly woman’s hand and slowly, step by step, they made their way to the hospital. There, she assisted with registration and whatever was necessary. But more importantly, she had patience. This virtue, one she learned early in life, would prove a worthy tool when dealing with people who need so much love and care.

“I became endeared to her,” Sheila said.

“Not just to her, but to other elderly persons, to children, the underprivileged, the marginalised and the disenfranchised.”

Sheila Culmer receiving the 2013 Golden Heart Award presented by RE Barnes, who said: “It is abundantly clear that she has always been a person who sees the challenge in front of her and works her utmost to try and rectify the wrong before her. She is a doer with a golden heart and we are all so much better for her efforts”. Photo: J & J Photo Imaging

Throughout her childhood, whenever Sheila was sent to the store, she found herself stopping to chit chat with the elderly and with younger children, especially those in her neighbourhood who were challenged.

Times have changed a lot. In her younger days, they were referred to as “dumb” and “dunce”. Then, the offensive terms were replaced with “mentally retarded”. Today, they are referred to as challenged – a change Sheila welcomes.

Sheila M Culmer, nee Dean, is the daughter of Gerald Dean and Sylvia Moxey-Watkins. She was raised by her mother and her stepfather, James Watkins. Her childhood years were spent through Augusta Street in Bain Town and then Burial Ground Corner.

She schooled during a time when history-making events were occurring, and recalls one incident clearly: “I was in the schoolyard with my class on Black Tuesday (April 27, 1965 when Lynden Pindling threw the mace and Milo Butler threw the hour glass out of the windows of the House of Assembly). An angry mob was coming through the arch (Gregory’s Arch, right near her school, which is now CR Walker High). The mob was saying,’If you see any white ‘so and so’, beat them!’ I remember covering this little Conchy Joe girl and carrying her up to principal Clement Bowleg’s office for protection. She stayed there until her daddy came for her.”

Sheila attended The Government High School and did well. She was offered a scholarship to attend Wiley College in Texas, and had plans of studying either paediatric medicine or mortuary science. However, it was not meant to be. The I-20 form she needed never arrived, although the school administration claimed to have sent it three times. She was given until orientation week to get there. Without that form, she could not leave, and she ended up missing that opportunity. 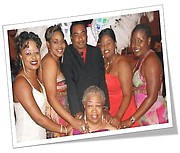 Sheila Culmer with her children at the Heart Ball.

She called up her former principal at Western Senior, Theodore Glover, in tears. He had been promoted and was serving as a director for the Ministry of Education at the time. He told her to come and see him and she did, and she recalls filling out a lot of paperwork. Within the next three days, she was on the job. What she wasn’t prepared for, was how difficult her first job as a student teacher would be.

She was sent to Oakes Field Primary School where principal Cassie Kinnear placed her with the eight  and nine-year-olds. The problem was, that Sheila looked like one of the students and therefore, it would be a tough try getting the kids to take her seriously.

“Back then, most of us only had three sets of clothes,” she explained.

“We had church clothes which are also going-out clothes, yard clothes and school clothes. So I had my white blouse from the Government High, a couple of skirts and a pair of shoes we called strollers. I would wear my hair in a style we called ‘the frizzy bang’ back then, and I wore two plaits. So, there was nothing to distinguish me from the students.

“Ms Kinnear told me that I would have problems… and she was right. When school was dismissed, you had to line the students up and walk them across the street. I had 57 beautiful little children in my care. But when the bell rang and I opened that door to line the children up, those 57 children scampered 57 different ways.”

This happened much to the dismay of principal Kinnear, and Sheila’s service there ended up being short-lived.

“The experience there taught me more in a week’s time than I learned in all my years of teaching,” she said.

She was referring to having learned how to take command of her class and be in authority, even if she had nearly 60 children to attend to at a time. Sheila was transferred to Western Junior School on Market Street where she taught for just over a year before he enrolled in Teacher’s College. There, she did her special training in teaching the blind and visually impaired. She was expected to go and work at the Salvation Army School for the Blind, but a proposal from a dashing young man changed the course of her life. She wed then 22 year-old auto body repair technician Samuel “Sammy” Culmer. That marriage brought them five children – Donillo, Vanta, Tammi, Samantha and Asheka.

She did, however, have a teaching certificate and a desire to help those who she felt could benefit from her training. Educator Dr Coralyn Hanna ran an evening programme for remedial education and she took that course. Afterward, the Ministry of Education was seeking a teacher willing to focus on what was then called “special education and mental retardation”. She was chosen and was sent to Jamaica to take up training. When she returned, the government sent her to Stapledon School, which was privately owned at the time. Sheila flourished there and found her niche and her passion. The government was in the process of taking over more of the responsibility for the school. In that vein, Sheila decided that children with special needs should not be charged a fee, as was being done when before it was a quasi-government facility. She also felt that these children’s parents should not have to be paying for the transportation that brought them to school. Eventually, under her lead, the special needs bus and the education became free for the students of Stapledon School, although she experienced backlash along the way.

“I remember when I first went to Stapledon…they said I wouldn’t make it for one month,” Sheila said.

“That became a motivating factor for me. What was supposed to be one month turned into one year… and one year turned into 31 years.”

During these decades, Sheila did much to progress the cause of special needs and differently-abled people in the country. At one point, she was given an in-service award and was able to travel to England to study at Cambridge Institute and focus on special needs. Another time, the late veteran educator Garvin Tynes was sent to observe what was going on at Stapledon. He came in every day and observed Sheila at work for six weeks. At the end of that period, he wrote a report and made recommendations to the government. Stapledon then officially became a government-run school with Sheila Culmer as its principal.

When she served as principal, Stapledon was a school that was well-known to the public. Students participated in every major national event and attended numerous events in the community. When Dame Ivy Dumont served as Governor General and launched the “Let’s Read Bahamas” programme, a float parade was held. Stapledon students took on the Cinderella theme, complete with a real horse and carriage, and stole the show. They also participated in Junior Junkanoo from its inception.

Joan Huyler, a former prison inmate, found purpose and completely turned her life around thanks to Sheila giving her a chance. She was responsible for the landscaping and also arts and crafts at the school. She stayed at the YWCA right nearby, and gave her full dedication to the students. The children also learned agriculture and had a thriving farm, thanks to assistance from James Sands. He was the bus driver for the school, but Sheila noticed he had a green thumb. Through his assistance, the students were able to keep a thriving garden and even raised chickens and goats. The students won several Ministry of Agriculture contests.

Sheila was also a pioneer in Special Olympics. The children often participated in the games around the world, and Sheila remembers that the students had opportunities to meet the likes of Whitney Houston and Arnold Schwarzenegger through Special Olympics.

“We started our Special Olympics programme from in the school. We hosted our first one here in 1987. We had some 17 Caribbean countries come to The Bahamas to participate. I invited Basil Christie to help us, and now he is still heavily involved to this day. Every Family Island sent one or two special athlete. Those were the glory days.”

Even when Sheila retired from Stapledon School, she continued serving on the National Council for Disability, an NGO. She has served as president at least seven times since 1973. She encourages others to find a career path that gives them purpose, like she did… it makes life a happier and wealthier one.