'Corruption and fraud is the Bahamian way of life' 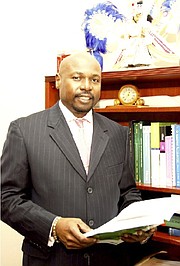 A well-known forensic accountant yesterday lamented what he described as "endemic" corruption in The Bahamas and the refusal to prosecute "fraudsters".

John S Bain, managing partner at UHY Bain and Associates while speaking on the sidelines of an Elder Abuse Symposium held at Grace Community Church yesterday said fraud and corruption was "symptomatic" of the close-knit Bahamian society.

"One of the problems that we have in The Bahamas is that we don't prosecute fraudsters. People do things and we just fire them and ask them to pay the money back. They end up getting another job and do the same thing over again," said Mr Bain.

"I'm involved in a case right now with a local association, whereby the treasurer stole a lot of money and instead of putting her before the courts they allowed her to pay the money back.

"Fraud and crookedness and corruption has been one of the pillars of our society in The Bahamas. Corruption is endemic here. It's not only the poor guy getting a kickback but also the big guy who pays together certain privileges. It's endemic, that's the way things are in The Bahamas."

"It happens at financial institutions, persons stealing from loved ones as well as the forging of wills. There are a lot of cases where persons died and all of a sudden the contents that were known to be in the will are no more. All of a sudden one child gets all of the assets," said Mr Bain.

Okay, now alleged fraudster has been charged - is the well-known forensic accountant comrade John S., also advocating 'if found guilty be sentenced jail up at 'shit pail' of Fox Hill Prison .... or begin serving sentence jail-tine - even before being tried and found guilty, or innocent, as charged ....

Talkie talk, do you read anywhere in this article where the accountant is advocating not providing due process? What are your talking about, other than you just liking to see your comments in print for all to read? Must just be a Friday make yourself feel good about yourself kind of thing. he is saying there are no penalties for violators. He didn't say anything about sending the accused up to the "bring your own pale club" before someone is found guilty.

Is there any other way??