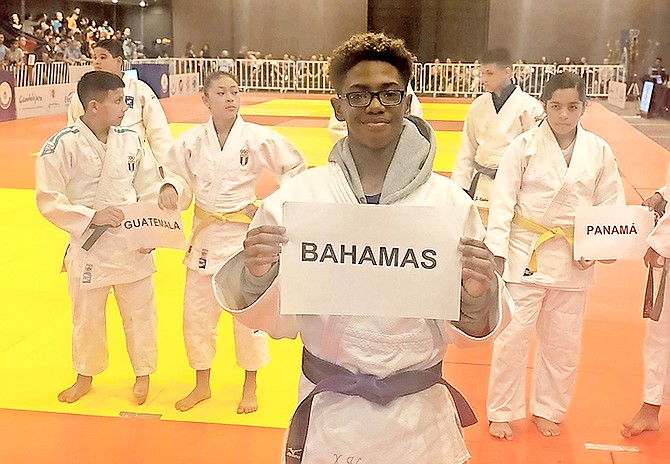 XAVION Johnson representing the Bahamas on the international judo circuit. Johnson spent this fall claiming spots on the medal podium. 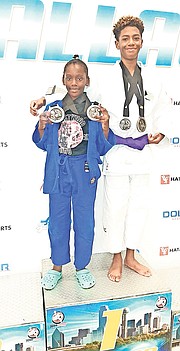 XAVION Johnson continues to excel internationally in judo, and spent this fall claiming spots on the medal podium against international competition across several events.

Along with the aforementioned events, Johnson also qualified for and competed in the 2019 Infantil Pan American Championships in Guadalajara, Mexico.

Johnson, who trains locally under Mickey Munnings at the Eastwood Judo Club and Joshua White of Black Ice Judo in Atlanta, Georgia, when stationed in the United States, looks to continue his recent trend of success on a path to the Olympics in the near future.

"My first encounter with judo was watching the 2012 Olympics.

"After seeing one player take the other against his will and slam him, I knew that was something I wanted to do," he said.

He considers his travel to the various events essential for his growth and development in the sport.

"I wasn't sure how good other countries were until I got introduced to international competitions," he said.

"But then I realised that judo is judo no matter where you go in the world and all of my fears went away."

For the past three years, he has managed two extended trips per year where he completes a circuit of different tournaments varying in size.

On this particular circuit, Johnson joined other members of the Eastwood Judo Club at the Dallas Invitational in Texas. Keilesha Saunders also reached the medal podium with gold in the 32-36kg category and bronze in the F-novice age 11/12, 32-38 kg category.

Other club competitors at the event included Sara Thomprosn in the F-13/14 48kg and Keith Saunders Jr in the 35-41 kg category.